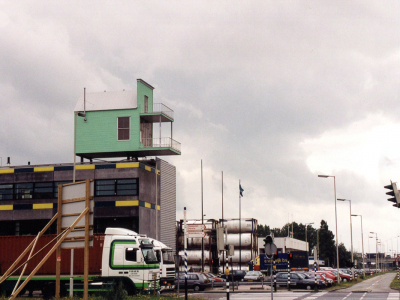 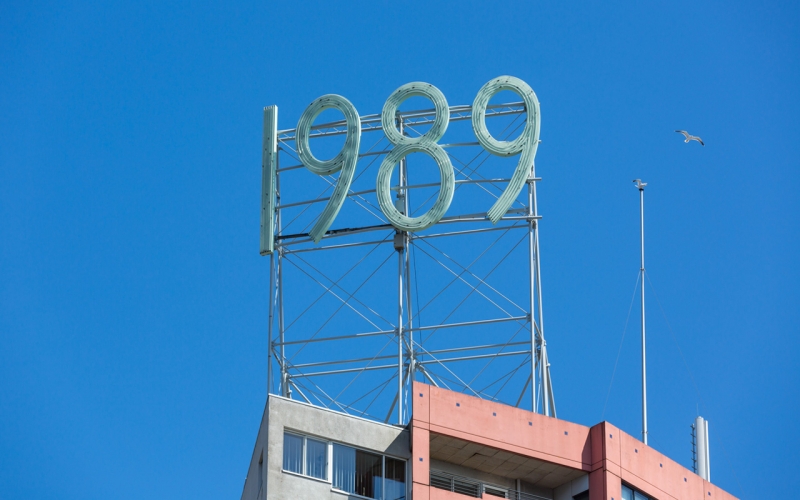 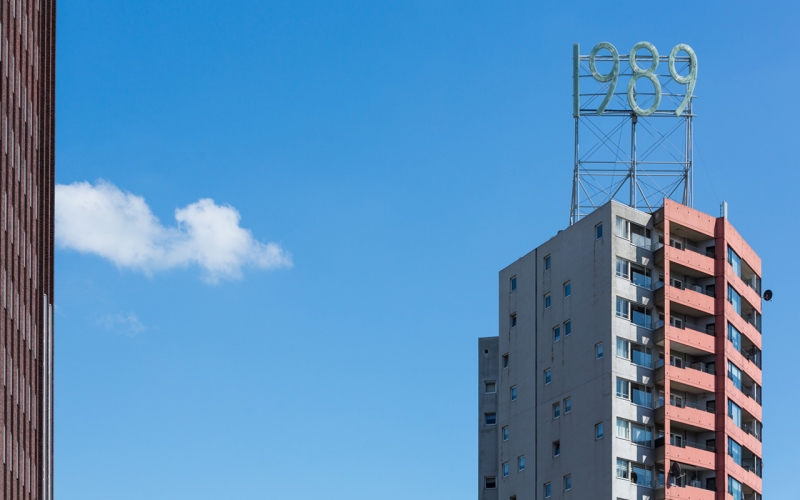 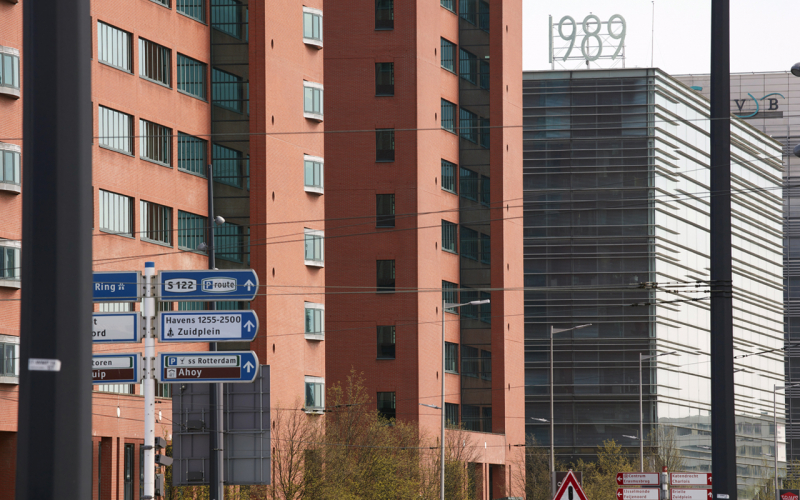 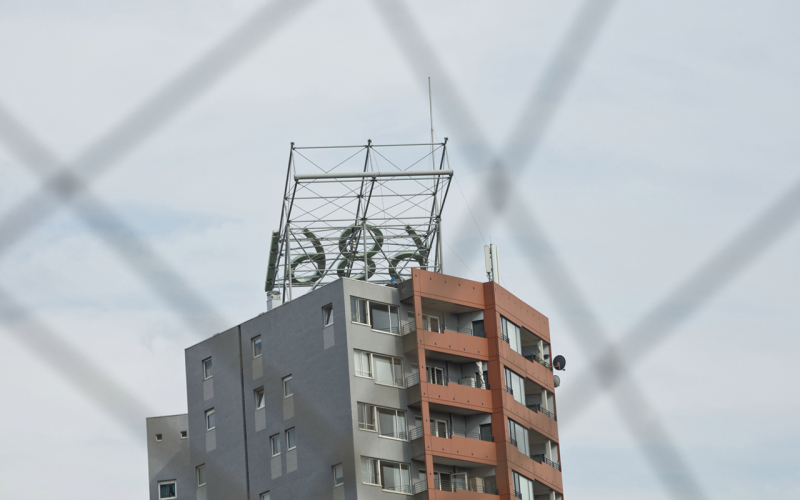 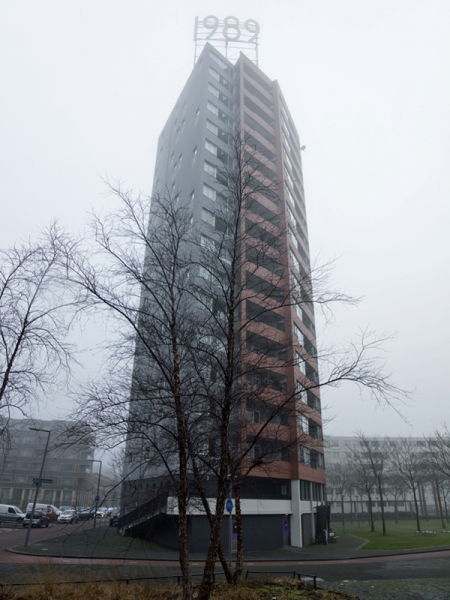 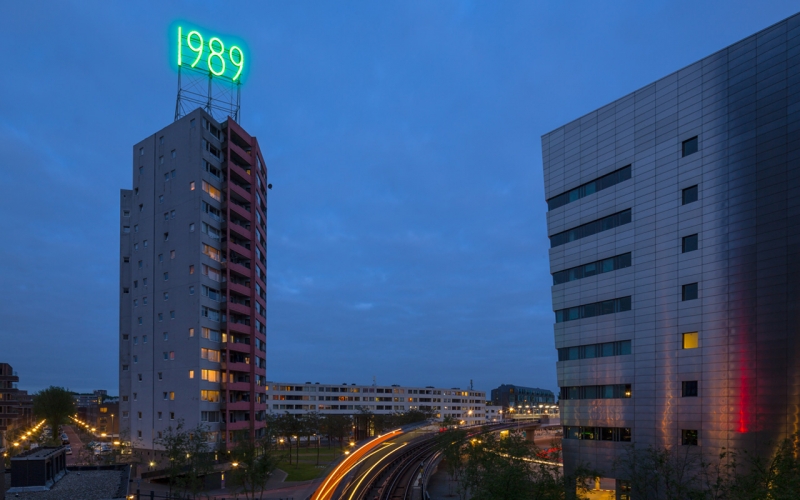 1989 is the year of construction of the Hillekopflat designed by the architectural firm Mecanoo. Since 1991, four large green neon numbers have marked the flat. The artwork 1989 is clearly made specifically for this building. The first proposal was to speak SOUTH on the roof, but that was considered a bit too stigmatizing. Thus there is for the more neutral 1989 chosen. The tiltable, steel neon sculpture by artist John Körmeling symbolizes the attention for Rotterdam South. Körmeling's work literally goes back to a tradition, in which the year of construction of a building is mentioned, a fact that was lost after the war. Körmeling is originally an architect and regularly works with neon on buildings and in public space, where it often responds to and sometimes provokes the immediate built-up environment. He uses a certain amount of humor and alienation in his work. Another permanent work by Körmeling - it Pioneer house (2000) commissioned by Atelier Rijksbouwmeester - stands on the roof of the customs office in the Rotterdam port area and is a reaction to the customs building, which was designed by Benthem & Crouwel. The house is completely inaccessible. Körmeling also has a fascination for the car. For example, he made a car with his own hands that runs on hydrogen. From 2011 to 2014, the work was flat on the roof due to extensive restoration work. For more information: Sculpture International Rotterdam.

John Körmeling (Amsterdam, 1951) is a sculptor and architect. He designs works of art for public space, in which a certain degree of humor and alienation play a role. Körmeling has a broad and unconventional view on architecture, because for him this not only encompasses architecture, but also urban planning, design and visual arts. He has received various awards for his work, including the David Roëll Prize for sculpture (2000), the Witteveen + Bos Prize for Art + Technology (2006), the Wilhelminaring (2009), a national oeuvre prize for sculptors, and The Golden Eye in front of the Dutch pavilion Happy Street at the World Expo in Shanghai (2010). In 2010, Körmeling was appointed an officer in the Order of Oranje-Nassau.