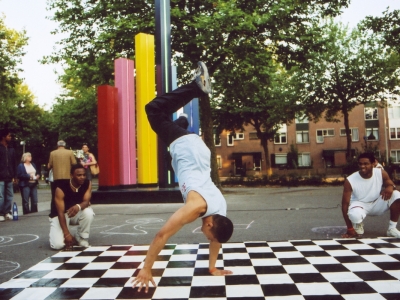 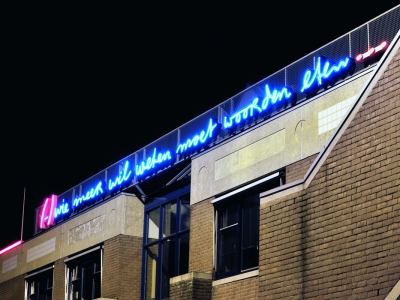 Who wants to know more must eat words Toni Burgering

Everything of value is defenseless (1978) Toni Burgering 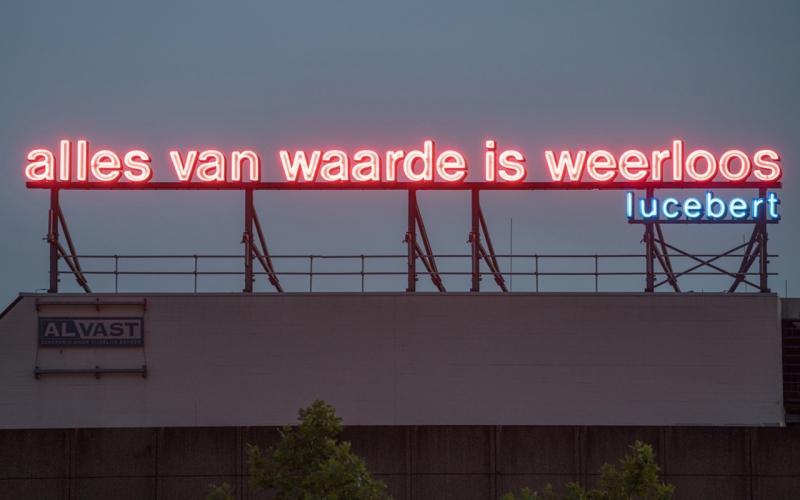 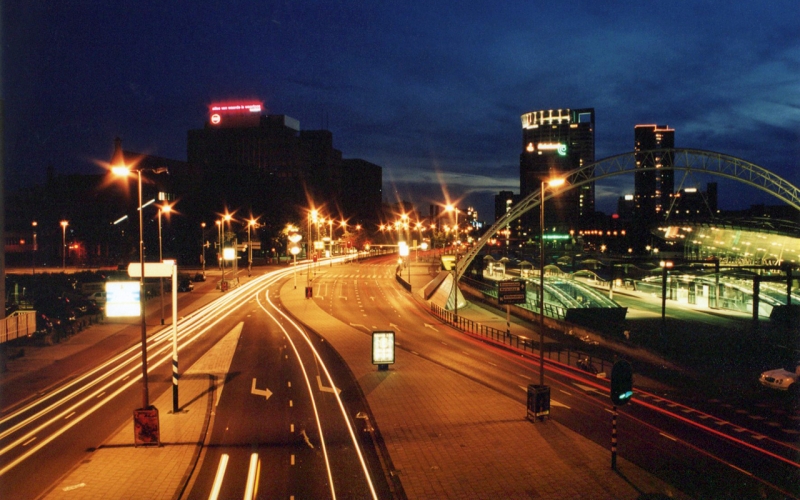 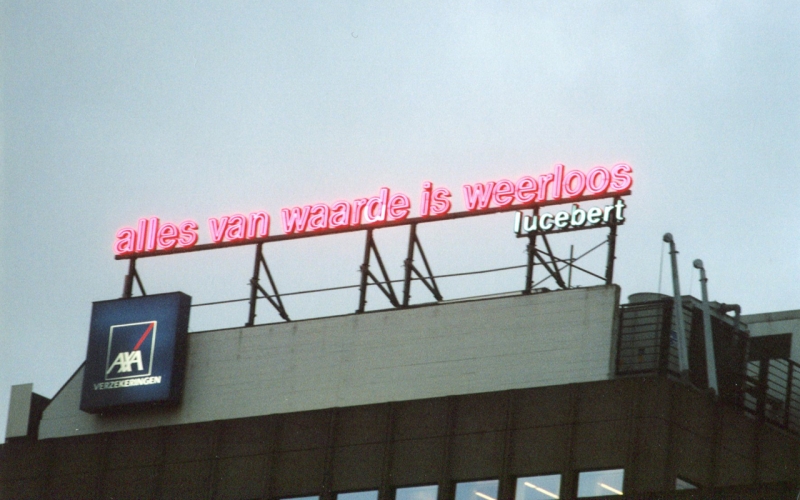 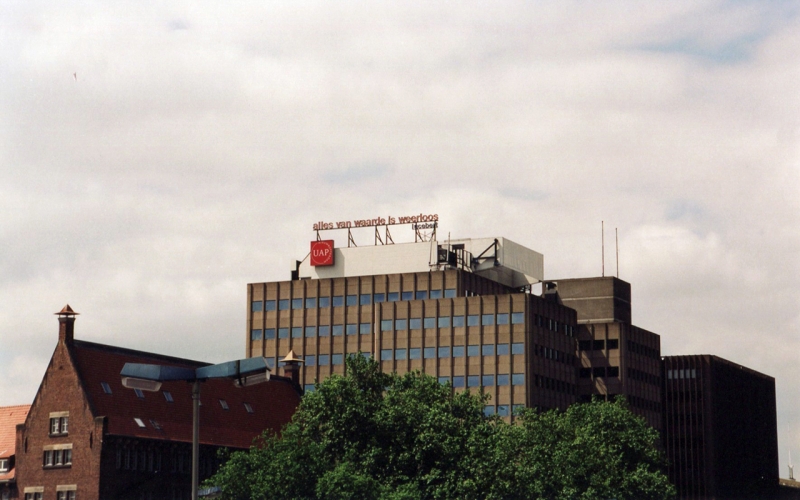 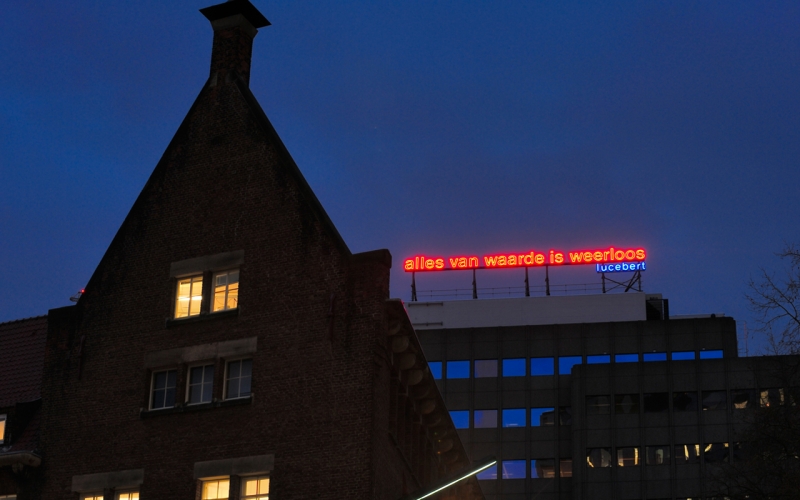 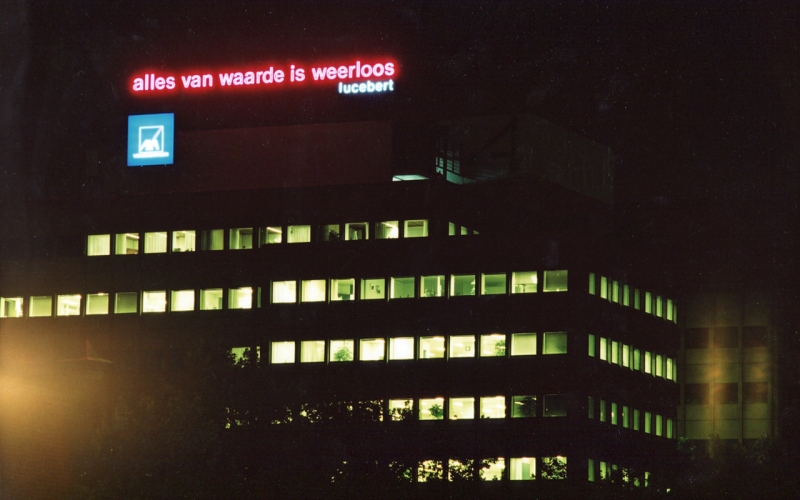 When the evening falls, the neon rule lights up in the building next to the Willem de Kooning academy on the Blaak 'Everything of value is defenseless - Lucebert. This work is by Toni Burgering, an artist who has been involved with the artistic possibilities of (neon) light since the 1960s. In 1978 he placed this line - taken from the poem 'The very old sings' - on the building of an insurance company, right next to the now disappeared overhead railway line. Burgering was often inspired by literature. This line of poetry is a very popular and important work in the city, possibly caused by the good visibility of the work from Blaak station and the Binnenrotte. The work was completely restored after the mediation of CBK Rotterdam in 2012 by the then owner of the building, because several neon parts were broken. A major renovation of the building is taking place in 2016, as a result of which the neon line was temporarily not visible. The technical installation of the lighting work was adjusted during the redevelopment of Blaak 16. The existing neon has also been replaced by a sustainable variant. Since the beginning of 2018, the closing rule has been switched on again in the evening on the renovated building.

Toni Burgering (Barneveld, 1937 - Leiden, 2017) followed his education at the Academy of Visual Arts in Rotterdam. For a long time he worked and lived in Rotterdam. Burgering worked with colored neon light. Among other things, he made the line of Lucebert 'Everything of value is defenseless'in 1978 on the roof of a former insurance building on the Blaak. Burgering fell under the spell of neon after a stay in the 1960s in America. He witnessed the launch of the Apollo 11 at Cape Kennedy.