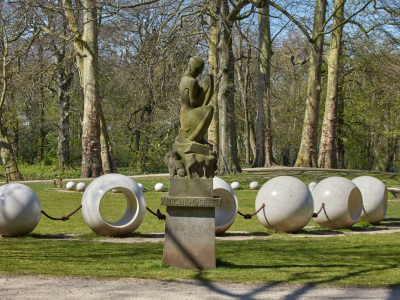 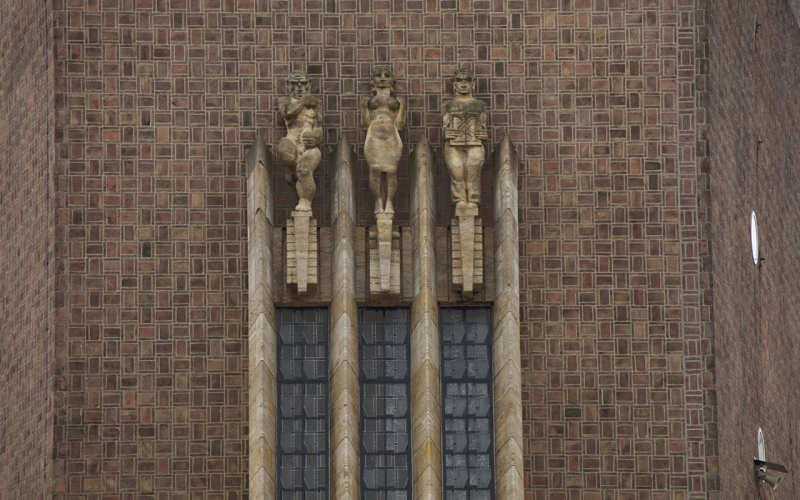 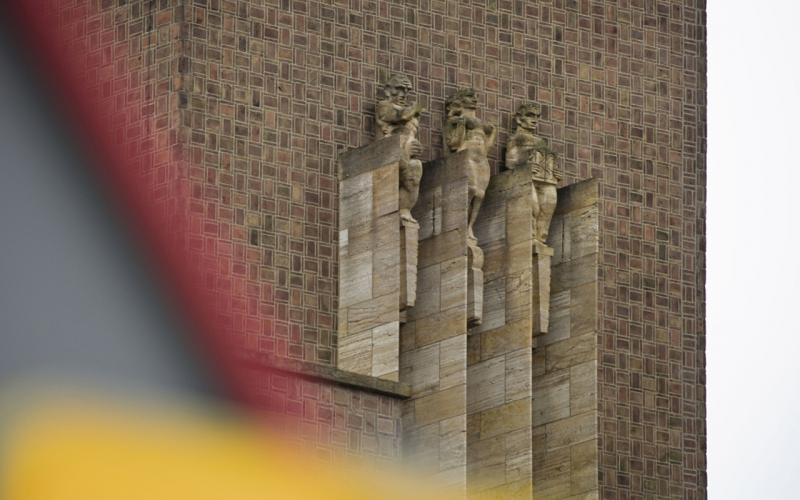 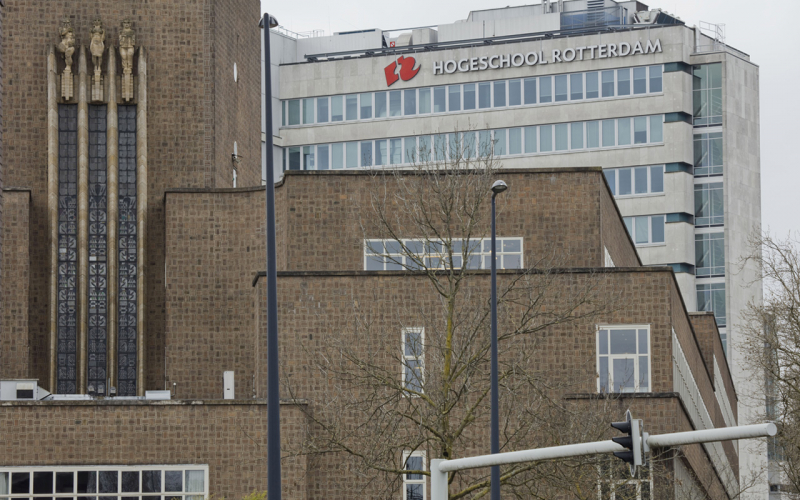 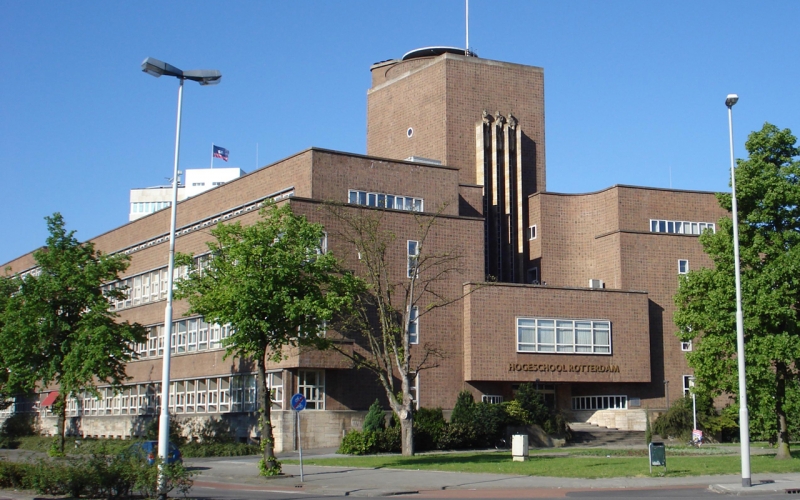 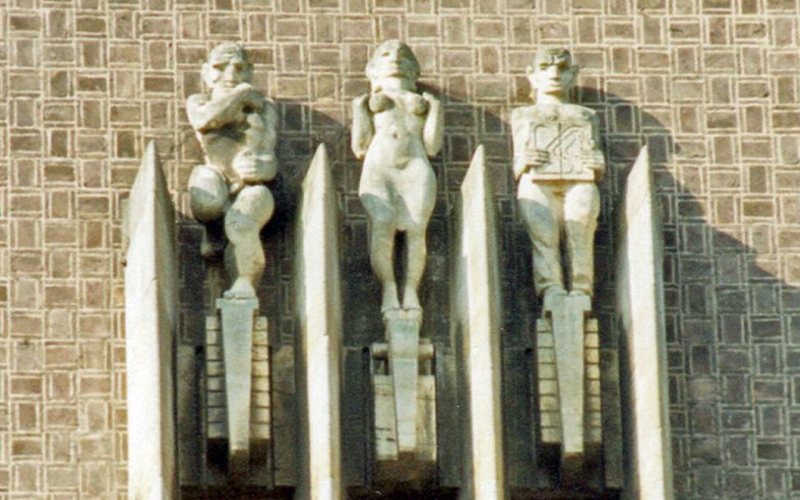 The Unilever company was founded in 1930 through a merger of the Margarine Unie of Van den Bergh and Jurgens with Lever Brothers Ltd. Architect Hermann Mertens was commissioned by Unilever to design the new head office (later he would also design the bank building of the Robaver / ABNAmro on the Coolsingel). Sculptor John Rädecker was commissioned by Mertens to make a façade work for the high tower at the Museum Park. The sculpture consists of three statues. The left figure is a man with a raised leg and stands for 'Labor'. In the center is a female figure on a wheel; she personifies 'Transport'. The figure on the right has a book in hand and thus represents 'Science'. The approximately 3 meter high figures are separated by four vertical ribs of travertine. They are above a large colored window section by glazier and artist Joep Nicolas. On 'Labor, Transport, Science'he worked with his brother Willem, who was also a sculptor and was more often involved in the execution of his work. In addition to the main entrance, two more reliefs by Rädecker have been placed. The one on the left has the theme 'Industry' and shows a man in a factory. The judge's theme is 'Culture' and shows two African women with agricultural products that are important to Unilever. The former Unilever office has been the headquarters of Rotterdam University of Applied Sciences since 1994 and is a national monument.

John Rädecker (Amsterdam, 1885 - 1956) was a well-known Dutch sculptor. He is the creator of it Monument on the Dam in Amsterdam. His work is loved in the art trade. In 1999, a bronze mask from him raised 240.000 guilders at an auction. Throughout his life he has made powerful images with a completely personal expression. He made nudes, animals and portraits. Influences of Egyptian and Greek sculpture gave his work an archaic stylization, which sometimes turned out to be more grotesque and sometimes more elegant. He was the son of a sculptor and his two brothers were sculptors who also supported him in his work.