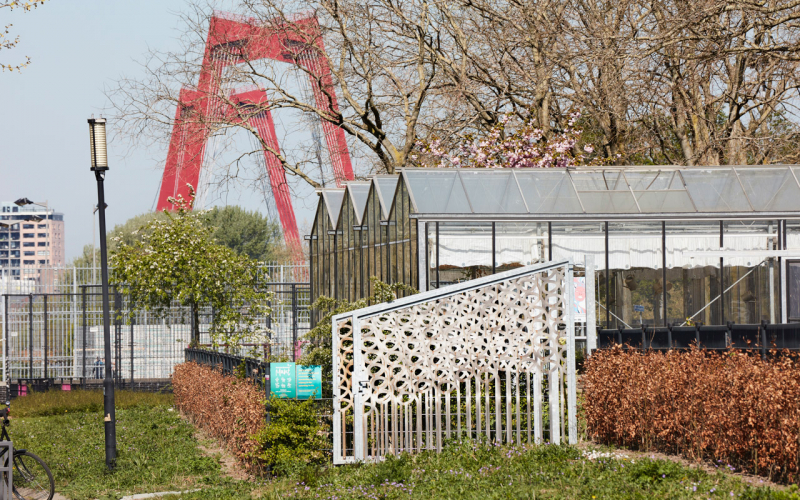 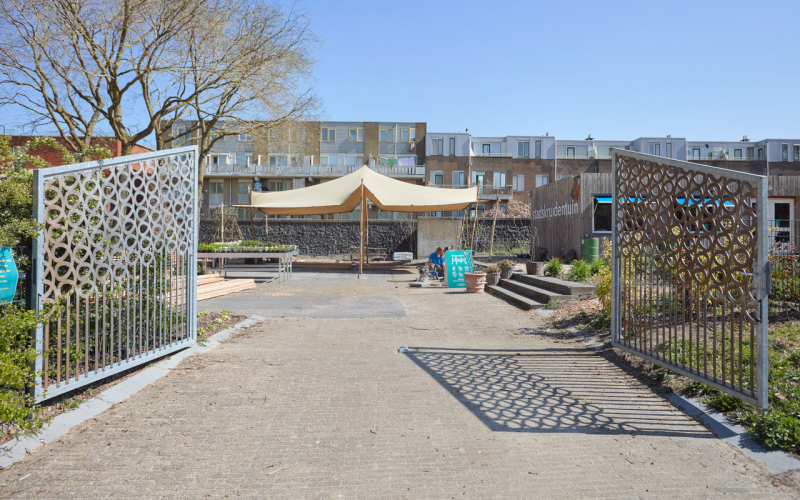 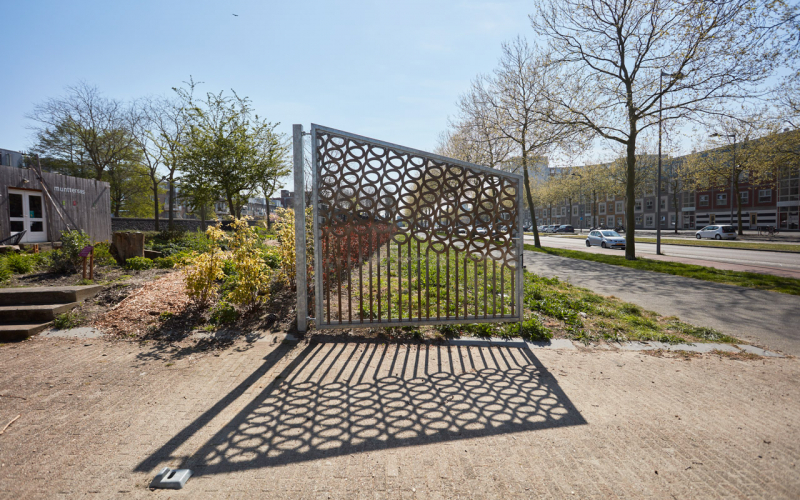 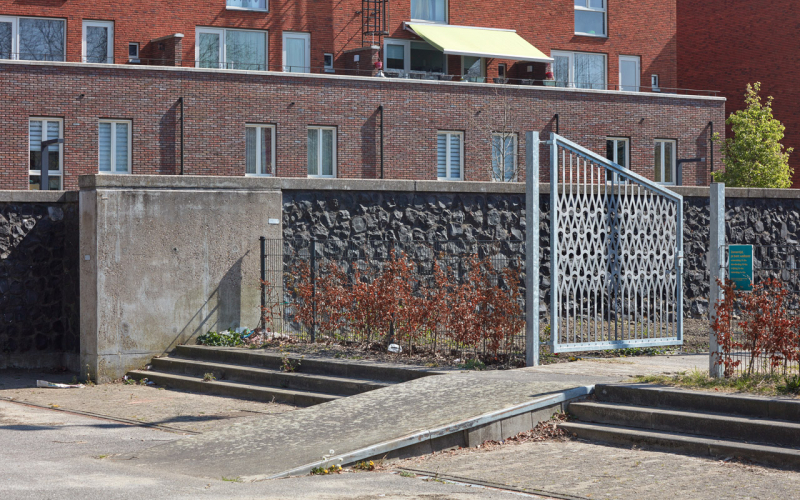 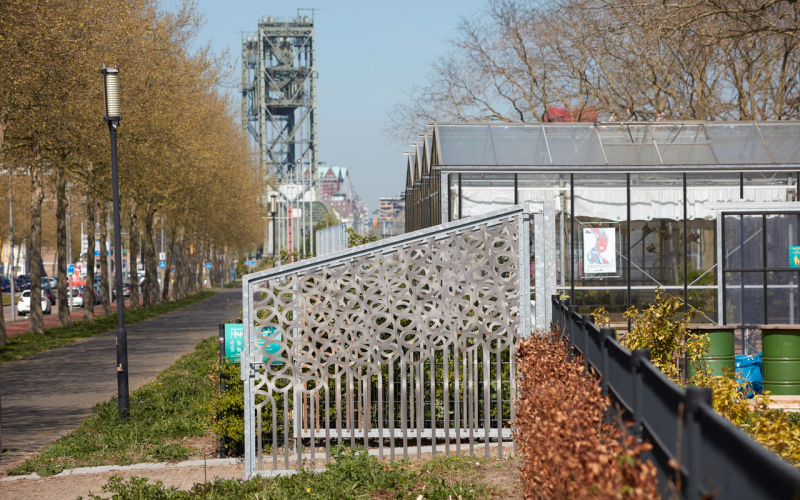 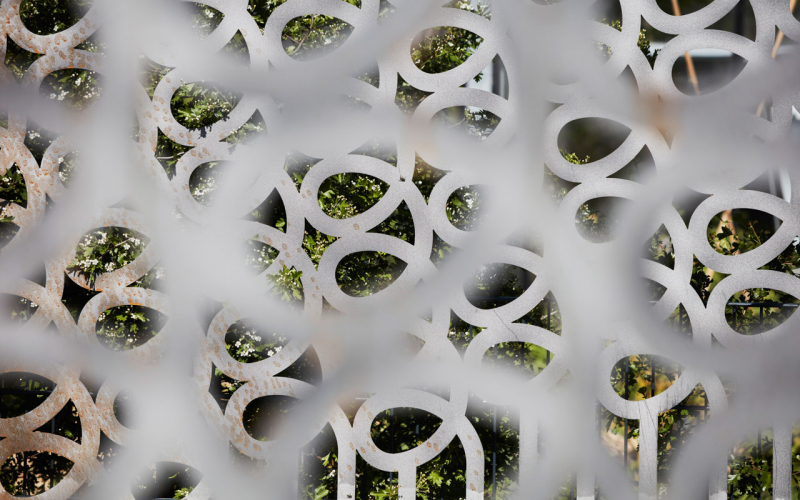 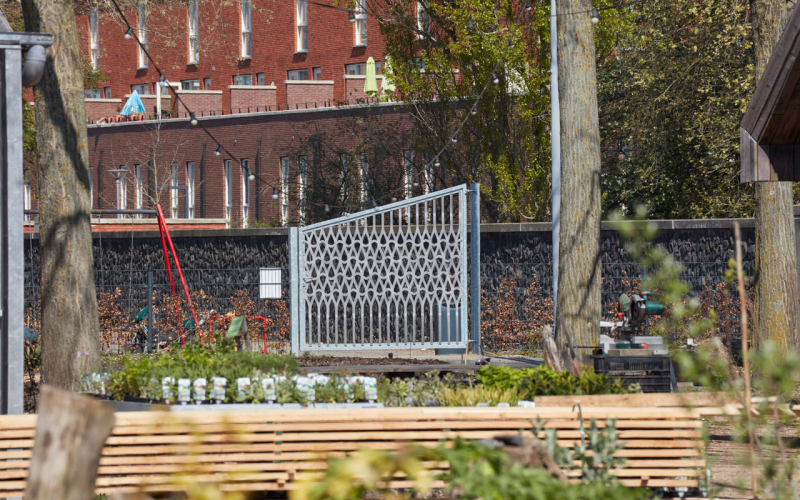 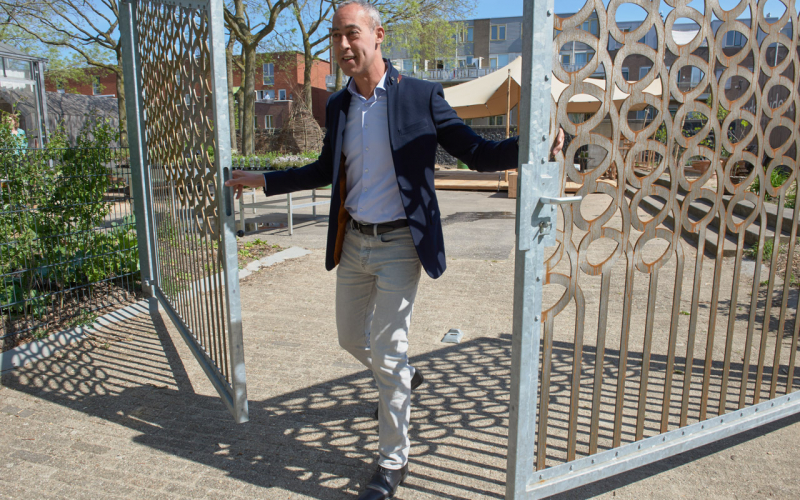 Friday, April 24, 2020 became the new work of art Arcades & Portals by artist Michiel Jansen unveiled. The year before he was commissioned by BKOR to design five new entrance gates to the city gardens of Rotterdamse Munt. A place like Rotterdamse Munt is a breath of fresh air concrete jungle from the city. Jansen makes up with Arcades & Portals an architectural work that comes into its own thanks to the organic shapes. It offers both symbolic and literal access to the lush city gardens and contrasts with the diligent construction of the Paperclip, the building opposite the gardens of Rotterdam Mint. The gates were officially opened by Alderman Said Kasmi (Education, Culture and Tourism) and can be seen at the new location of Rotterdamse Munt on the Rosestraat.

In 2000 Michiel Jansen (Geldrop, 1973) graduated from the Academy of Art & Design in 's-Hertogenbosch at the department' Sculpture and other media '. He exhibits in galleries and independent art spaces and his work can be found in private collections and cultural organizations in the Netherlands. He is mainly concerned with installations, sculptures and collages based on the space in which they are located or the materials with which he works. His choice of materials, method and use of form have a strong link with architecture, which may be a result of his unfinished study of Architecture in the years 1992-1994 in Eindhoven. In addition to his artistry, he has always been involved in organizing and producing and has been an active part of TAC in Eindhoven and the Nederlandsche Cacaofabriek in Helmond. After moving to Rotterdam, he founded the SingerSweatShop, an artist's building in the middle of the center with living, working and exhibition possibilities. In 2013 he moved temporarily to Berlin and upon his return to Rotterdam in 2014, he focused on his own work full-time again. Since 2016 he is a member of the artist group If Paradise Is Half As Nice.