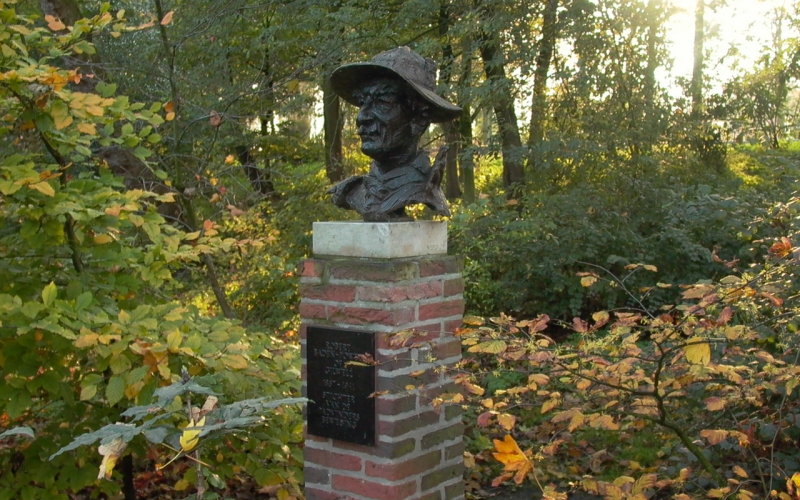 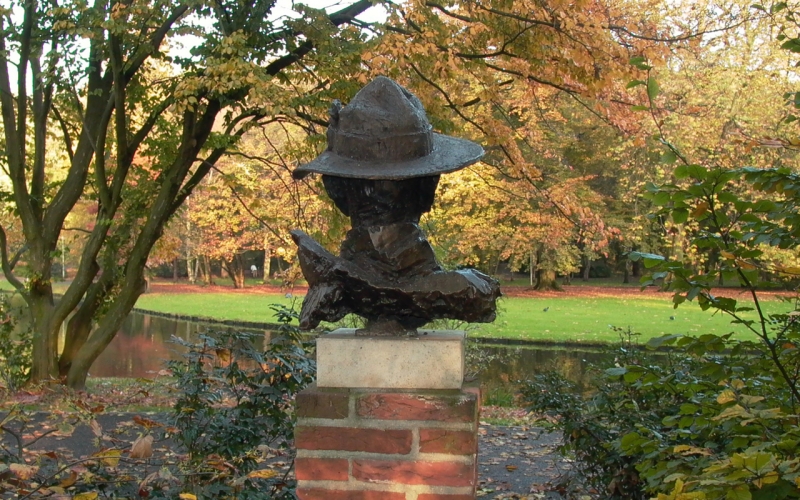 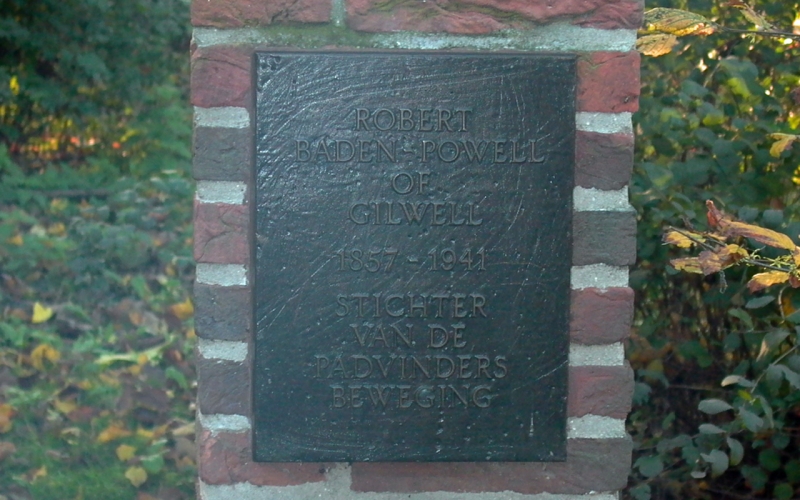 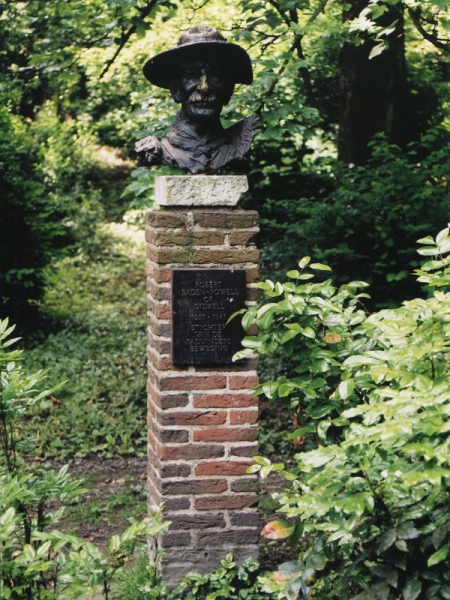 The bust of Lord Robert Baden Powell of Gilwell (1857 - 1941) was unveiled on 5 May 1961 on the occasion of the 50th anniversary of the Rotterdam district of Vereniging De Nederlandse Padvinders. Baden Powell founded the Boy Scout Movement in 1907 and visited the Netherlands in 1932. He had been a scout in the English army and his boy scout movement was military-based. In the Netherlands, the Dutch variant of the movement was founded in 1911 with Prince Hendrik and General JB van Heutz as patrons. This movement would "lead the youth away from the disaffected environment and warn it against the socialists and the wicked." In Rotterdam, the scout movement was especially popular in Kralingen. Verbon made a realistic picture of the founder in his full-size army uniform in bronze. Unveiled by Peter Termijn and Koos Tjebbes and presented by J. Peters to Burgemeester van Walsum. In the spring of 2015, the bust was stolen from its pedestal.