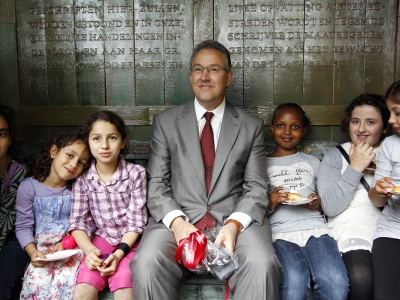 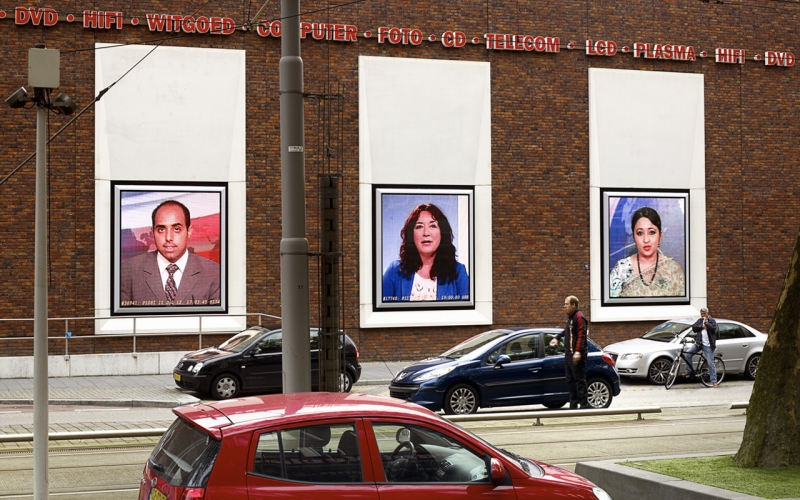 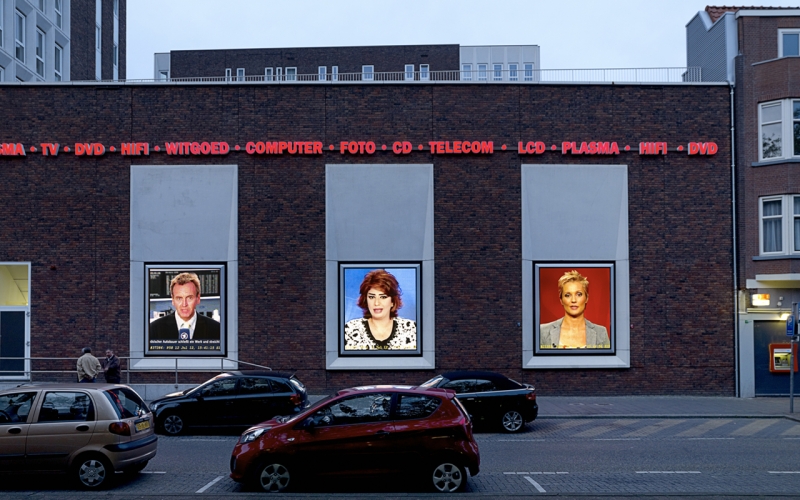 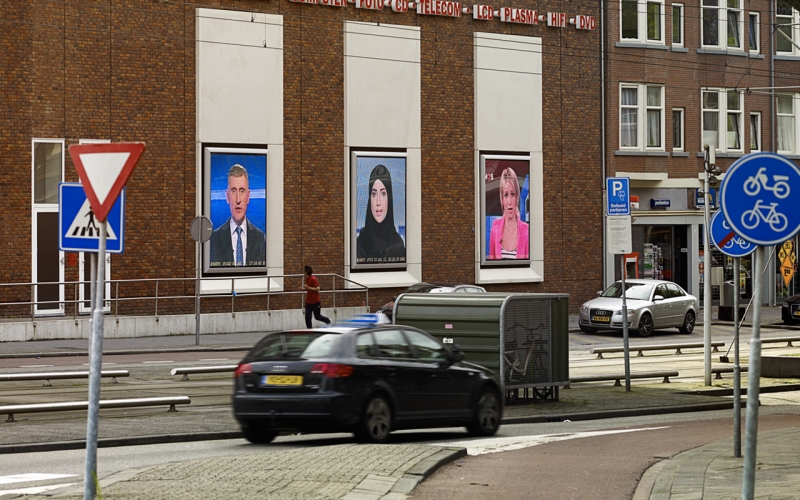 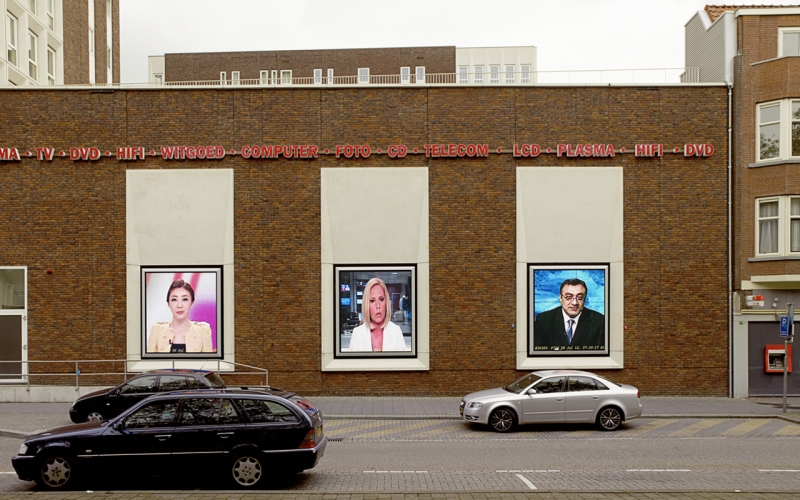 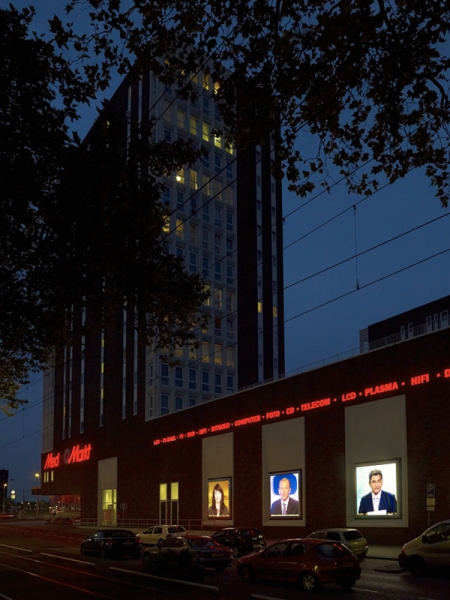 Beijerkoppen was a three-part digital work of art, in which, by means of specially designed software, a search was made in real time via two hundred satellite channels in television broadcasts for the familiar frame of a newsreader behind a table. A search engine collected studio images of news broadcasts via various satellites. The artwork was opened on June 5, 2012 by Noraly Beyer, former newsreader of the NOS news. The digital triptych on Beijerlandselaan adorned the blind facade of the residential and business complex Sunset Boulevard (architecture firm Zwarte Hond). Beijerkoppen was an original, unique and intriguing work of art, devised by artists Paul Cox and Toine Horvers, who live in Rotterdam. For the first time, the theme of interculturality was shown in a totally different, non-believer, non-educational and non-exotic way in the public space of the city. Toine Horvers' discovery of presenting the newsreader as the most central and perhaps the most connecting factor in our shared public life can be seen as an eye opener. Just as the 19e century klepperman brought time and news to the village community, but also formed the cement of society and brought people closer together, so did the Beijerkoppen us deep into the living rooms of many and we discovered how much we actually resemble each other. To the initial assignment - 'How do we design a contemporary variant of the old advertising frame on a blank wall, which can also function as a city entrance?' - was met Beijerkoppen phenomenally anticipated. Beijerkoppen was an inventive one, lifestream, pioneering project, which functioned until 2018. Technology has now been overtaken by time. Unfortunately, a technical and operational restart proved impossible due to high costs. Nevertheless, the work of art retains the monumental status that it had on the Beijerlandselaan for Rotterdam. This artwork was executed in collaboration with V2_Lab for the 'Boulevard Zuid' and was commissioned by CBK Rotterdam, Feijenoord district and Pact op Zuid. It was the last in a series of three major works of art that were developed by CBK Rotterdam during Pact op Zuid, after Window stories in Pendrecht and Broken Light on Katendrecht.

The Rotterdam artist Paul Cox (1962) studied at the Royal Academy of Visual Arts and Design in Den Bosch and the Staatliche art academy in Düsseldorf. His work is multidisciplinary and often consists of long-term projects, such as the project 'I came by boat, on which he worked for nine years. In addition to his practice as an artist, Cox is affiliated with the Willem de Kooning Academy.

The Rotterdam artist Toine Horvers (Loon op Zand, 1947) attended the theater school in the XNUMXs, after which he expanded his field of work through performance and sound art to drawings and environmental art. For years he programmed the Suburban Video Lounge and created interactive sound artworks in the public space. He works and lives in Rotterdam.