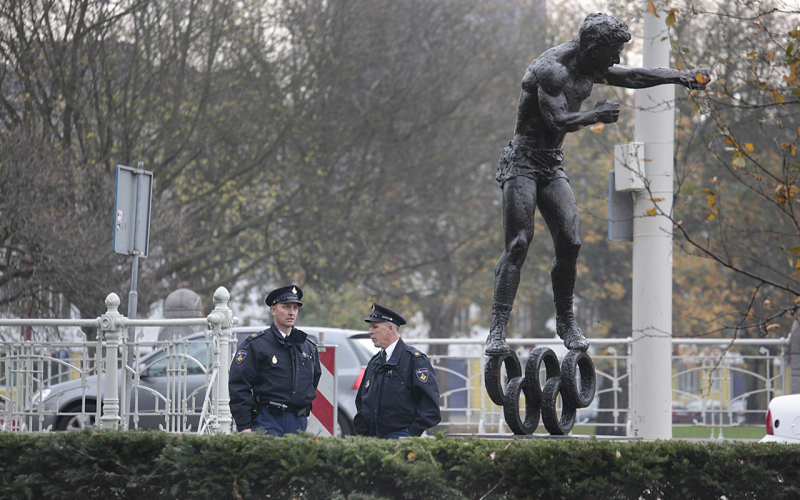 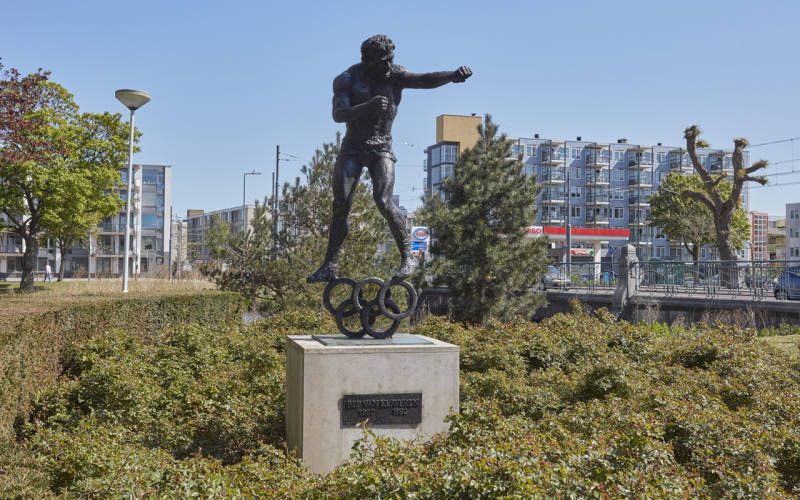 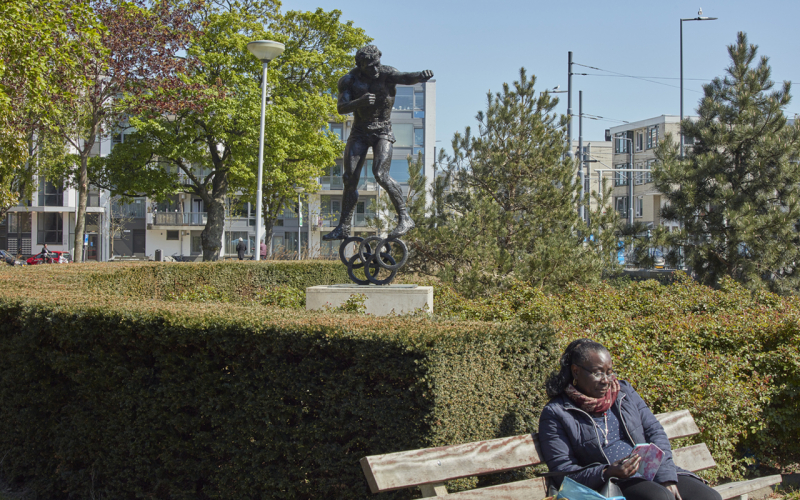 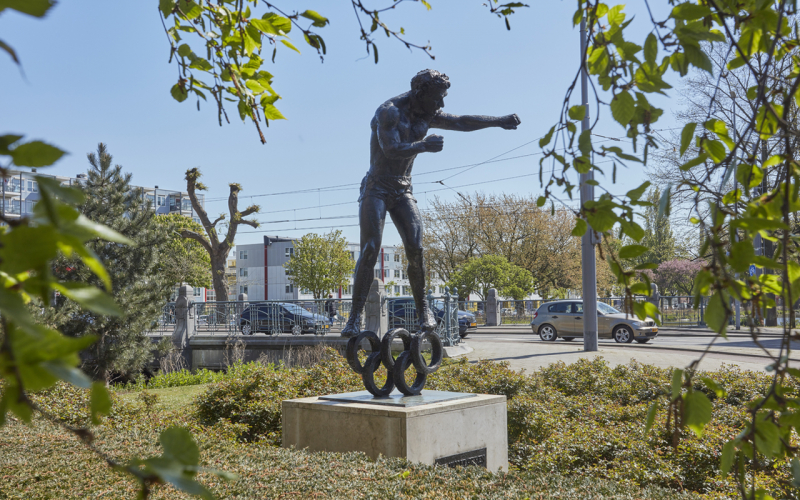 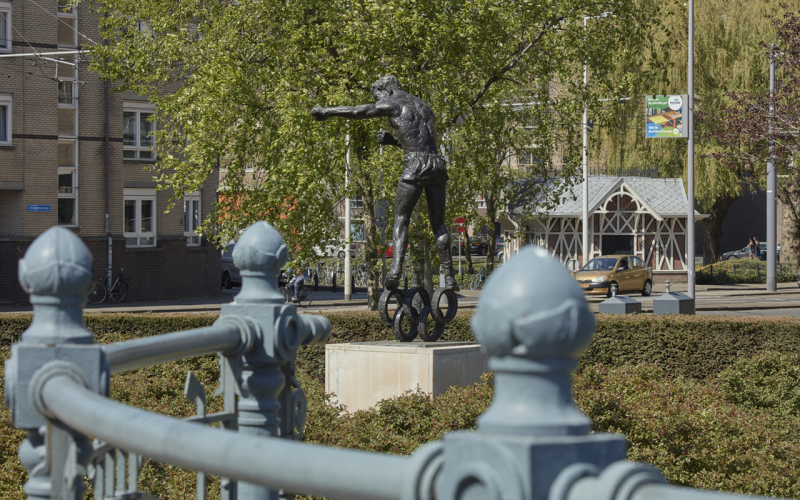 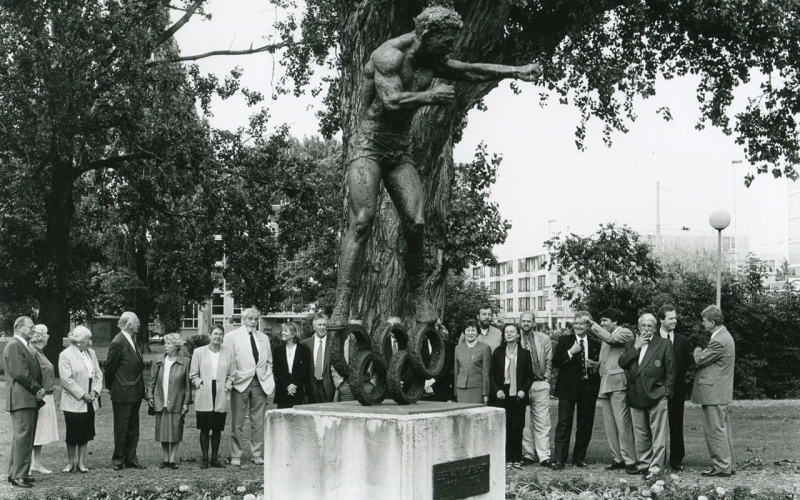 Bep van Klaveren grew up in Crooswijk and is the largest boxer the Netherlands has ever known. The Dutch Windmill was Olympic featherweight champion in 1928 and he became European champion in 1931 and 1938. This statue was created in 1992 on the occasion of the death of Van Klaveren at the age of 84. The statue, made by sculptor Willem Verbon, was unveiled by Theo Huizenaar, former boxing promoter and Van Klaveren's trainer for many years. Bep van Klaveren was brought about by a large collection campaign among residents and the municipality of Rotterdam also contributed a part. In 2001, the 78 meter-high Queen's Tower was built a few meters away from the statue.