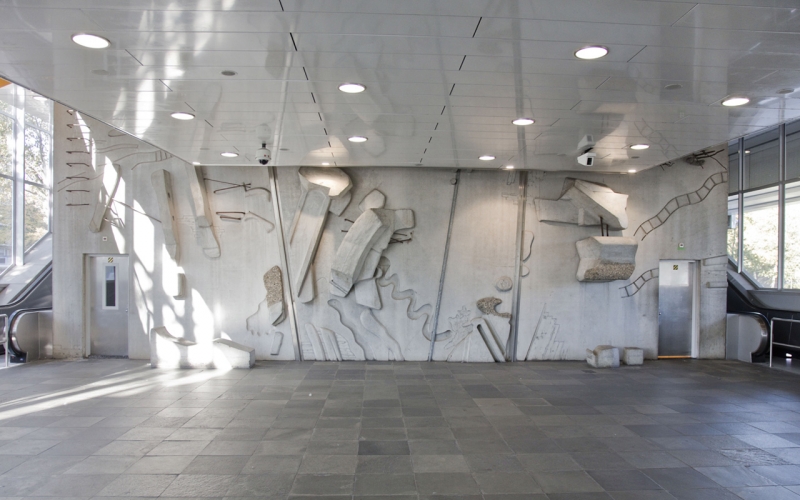 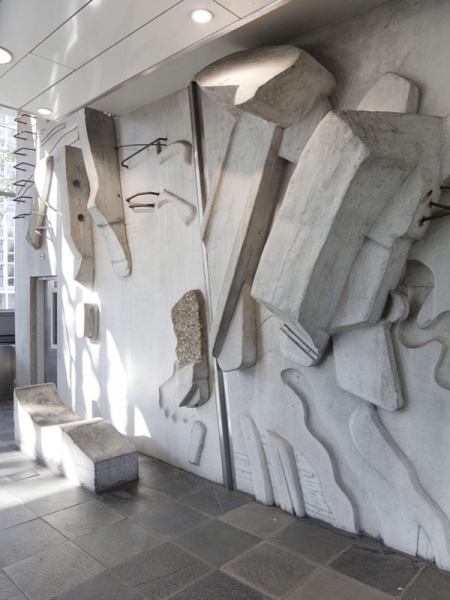 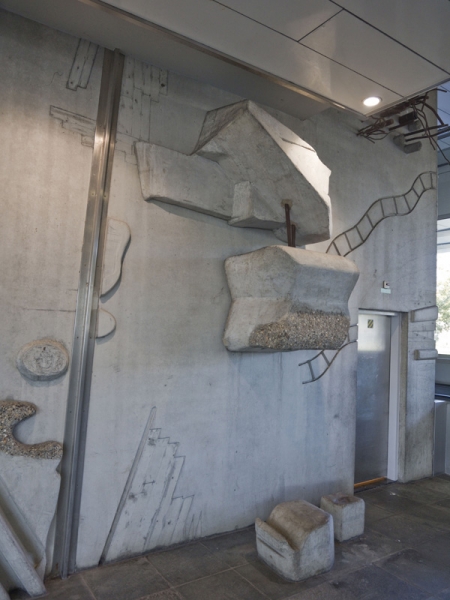 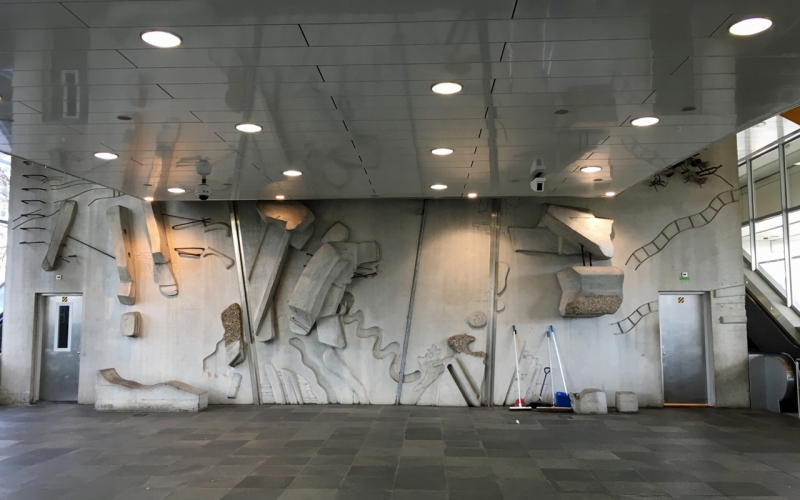 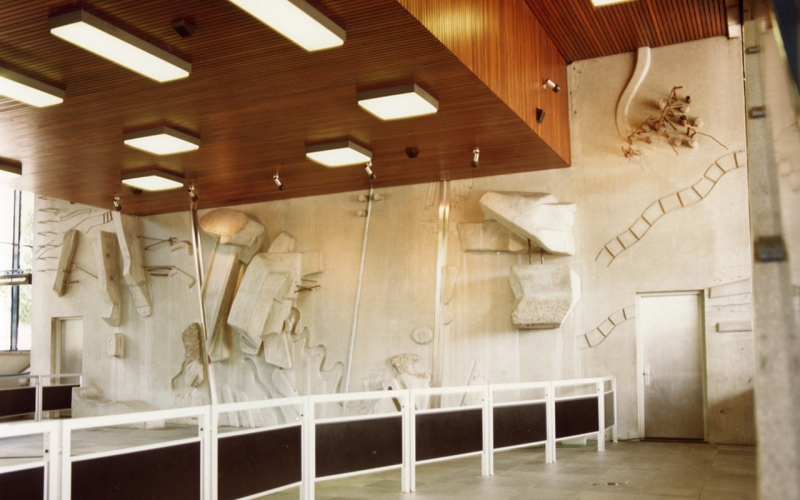 This is in the hall of the Slinge metro station on the north-south line Concrete relief applied after a design by monumental artist Karla Kaper. It is a wild spectacle of concrete and steel elements torn from the wall, materials that have been used as orderly as possible to build the station. The 16-meter-long decor is an ode to the construction site, inspired by the gruff remains of concrete bunkers in the dunes, which were found in the dunes after the Second World War. In the flat wall, erratic shapes have been deepened and on the wall there are protrusions of concrete, in some places in a rough condition and with exposed reinforcing bars. Two divergent rails and a metal rod have been fitted on the wall between the floor and ceiling. There are three separate concrete elements on the floor in front of the wall, which can be used as a seat. The concrete relief was designed for the RET under the percentage scheme in 1970.

Monumental artist Karla Kaper (Zaandam, 1941) studied from 1958 to 1962 at the Willem de Kooning Academy in Rotterdam the direction 'Monumental Design and Graphics'. In 1963 she received the Drempelprijs from the Rotterdam Art Foundation (RKS) and in 1964 the Havenloodsprijs. In the years that followed, she developed into various disciplines. She has worked as a sculptor, treasurer, collagist, goldsmith, wall and glass painter, illustrator but especially as a graphic artist and monumental artist, where she developed a very unique style and technique, in which the various disciplines came together. In Rotterdam she worked, among other things, on assignments in the context of the percentage scheme, such as for the RET and a number of schools. Then she started to make independent sculptures and became a member of the Circle of Sculptors.