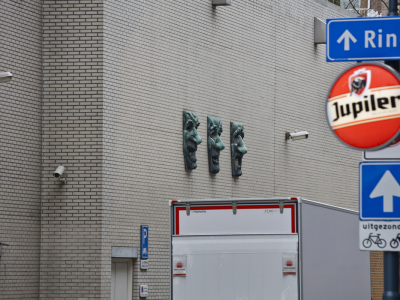 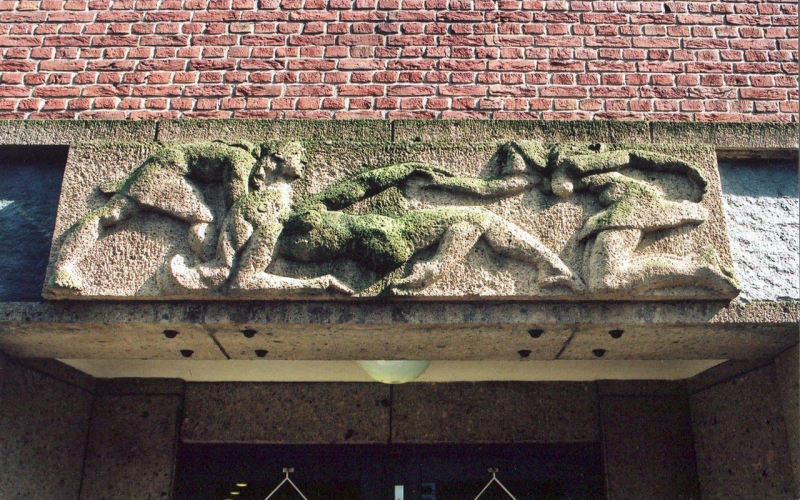 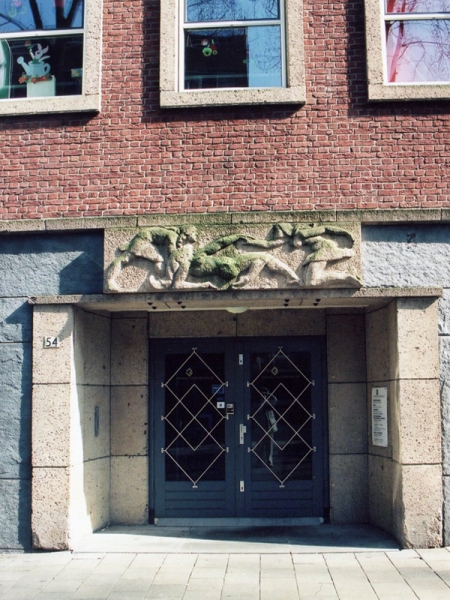 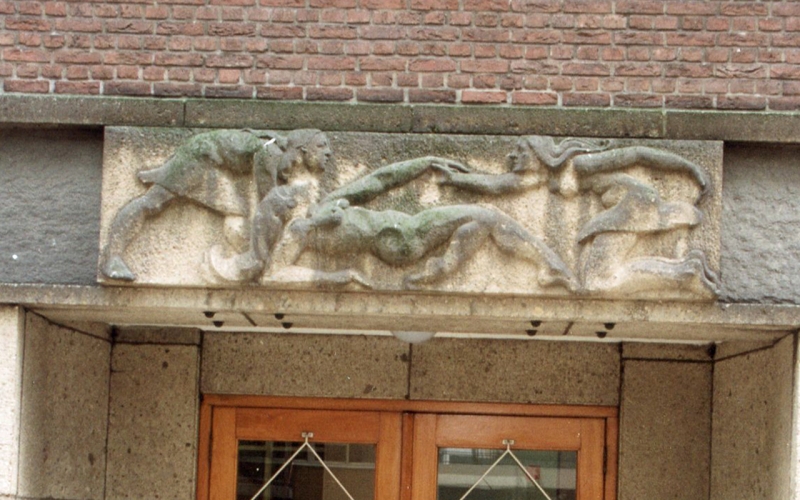 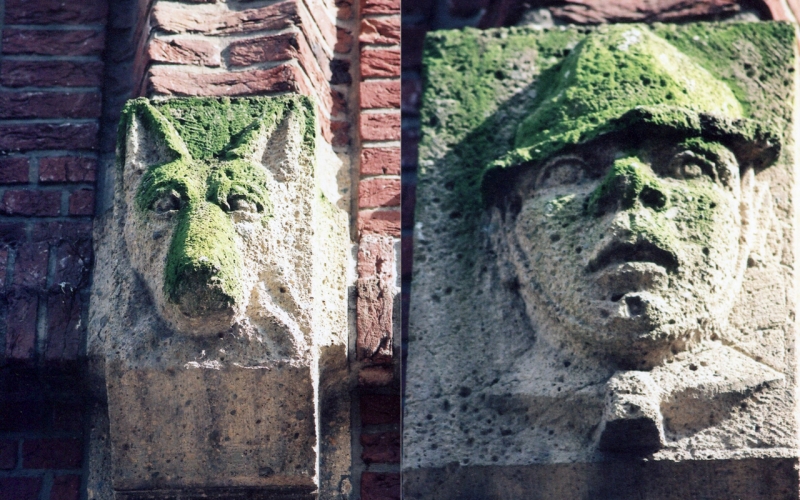 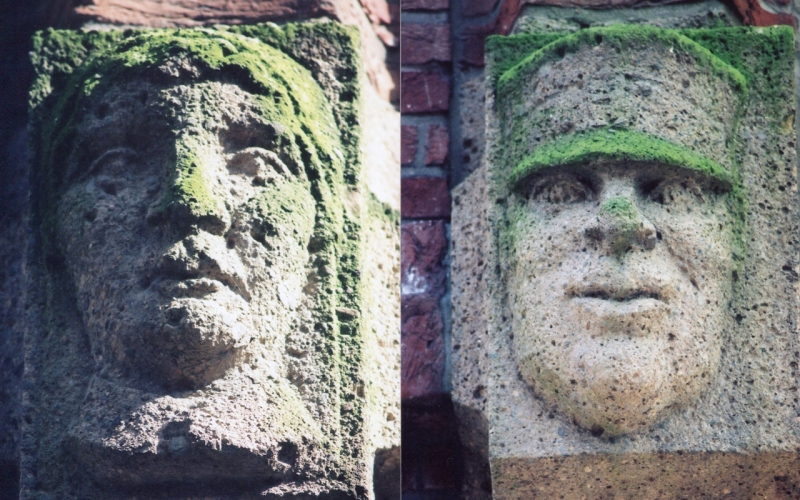 Already in 1851, the association “Work facility for the needy blind” was founded. From 1892 this association was established in its own building, where clumps of stove wood, mats, baskets and brushes were made by the blind. This building was destroyed during the bombing of Rotterdam. On March 19, 1953, a new building was opened at 54 Kipstraat. About 160 blind men and 35 blind women worked here. This building is a design by the Rotterdam architectural firm Vermeer & Van Herwaarden, which were mainly active during the reconstruction period. It is a traditional design made of red brick and Norwegian granite and it features sculpture by the Rotterdam artist Han Rehm. Rehm made the large facing brick above the entrance. It is called Blind girl awakened by fairies; in the middle lies the blind girl, who is awakened by a fairy left and right. Twelve small Rehm facing bricks have also been placed on the facade in two rows of six bricks. In the top row, the stones symbolize man, wisdom, strength, beauty, light and darkness. In the bottom row we see figures helping the blind on the street: a boy scout, guide dog, police officer, street boy, intellectual and a nurse.