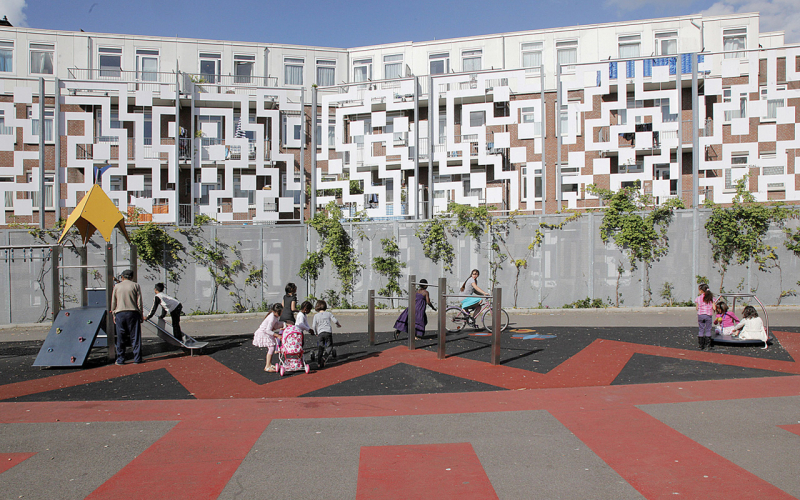 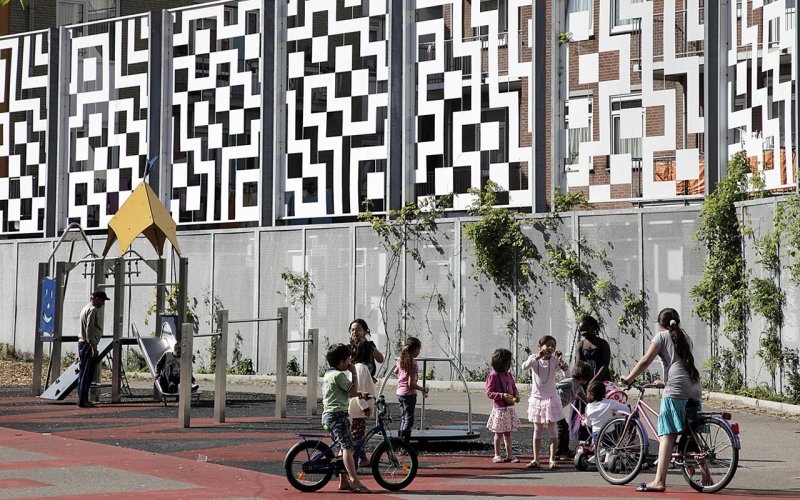 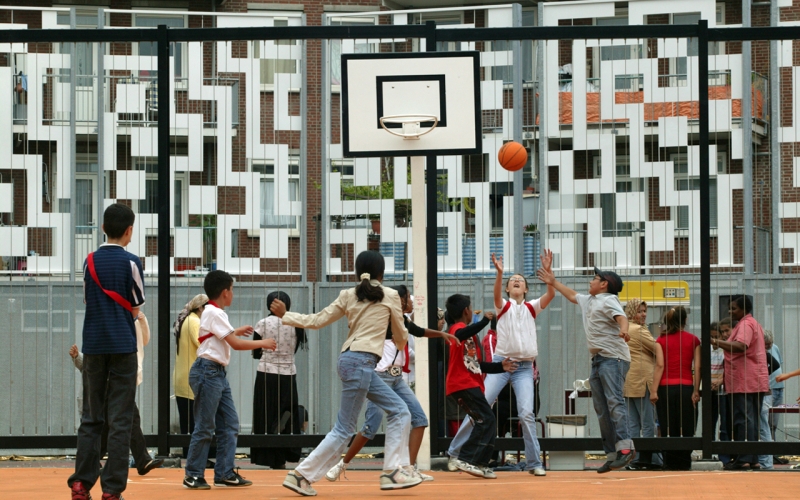 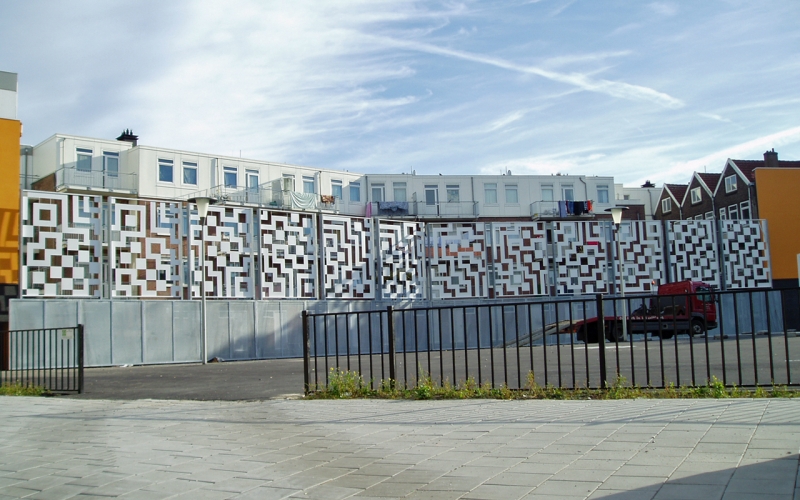 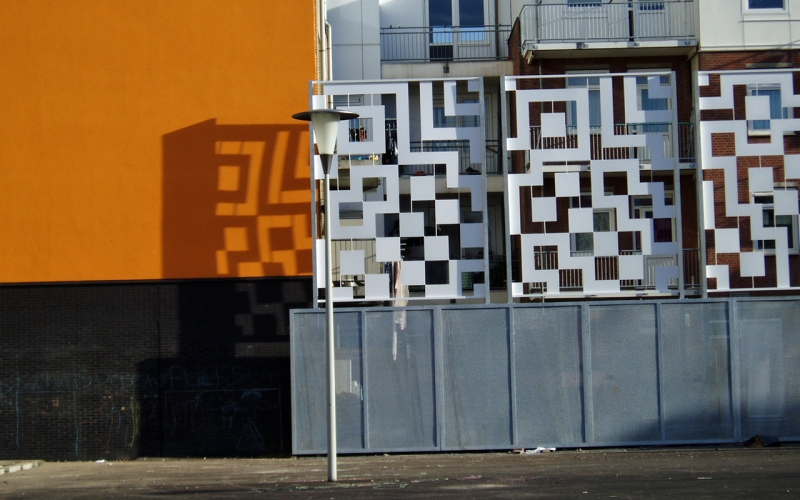 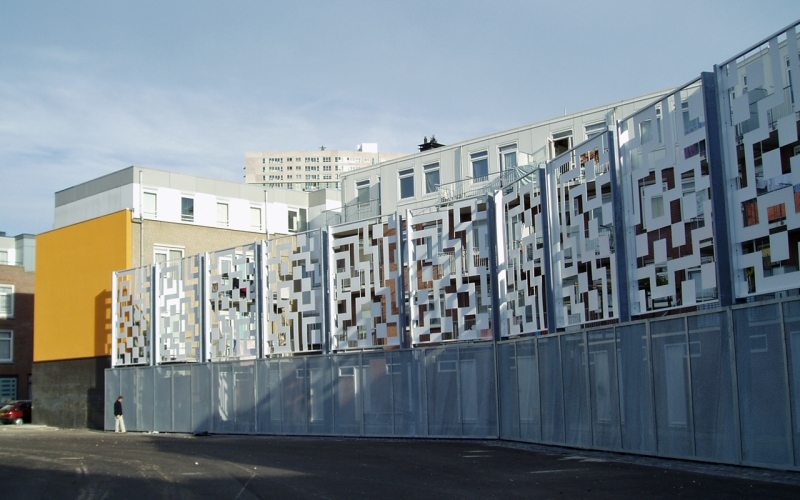 In 2004 a school building on Ericaplein was demolished. An entire block of houses was broken up with this and the residents were afraid that this would be at the expense of their privacy and safety. Housing corporation Vestia Rotterdam Feijenoord asked CBK Rotterdam to help find a solution. Via BKOR, the Belgian artist Narcisse Tordoir was asked to make a design for a long partition between the square and the rear facades of the row of houses. The fencing should not only give the residents back their sense of protection, but also be a jewel for the neighborhood. Tordoir based his design on ancient fabric patterns, the so-called Bogolan, from Mali, West Africa. These abstract decorative patterns were applied to cloths with mud from the river and from these were made garments, tablecloths and works of art. The first part of the fence was placed on July 1, 2005. The artwork is part of the total redesign of Ericaplein, which took place at the time. Residents have put forward ideas for the design plan. They wanted a football cage, more greenery and more seating. The refurbishment was completed in September, but due to the planting season, trees and hedges were not planted until November.

Narcisse Tordoir (Mechelen, Belgium, 1954) is a visual artist. His oeuvre consists of an arsenal of media, such as installations, (metal) public works of art, spray paint, pastels, photographic image processing and drawings. The work mainly looks for a relationship with painting. Tordoir often works on a specific theme for several years. He is affiliated, among other things, as a consultant at the Rijksacademie in Amsterdam. Tordoir lives and works in Antwerp.