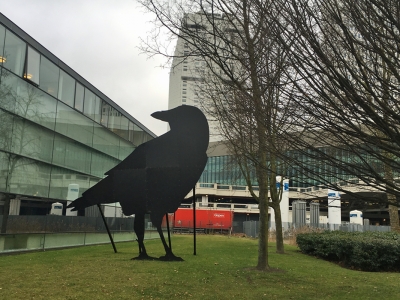 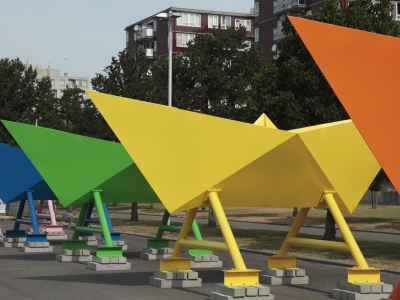 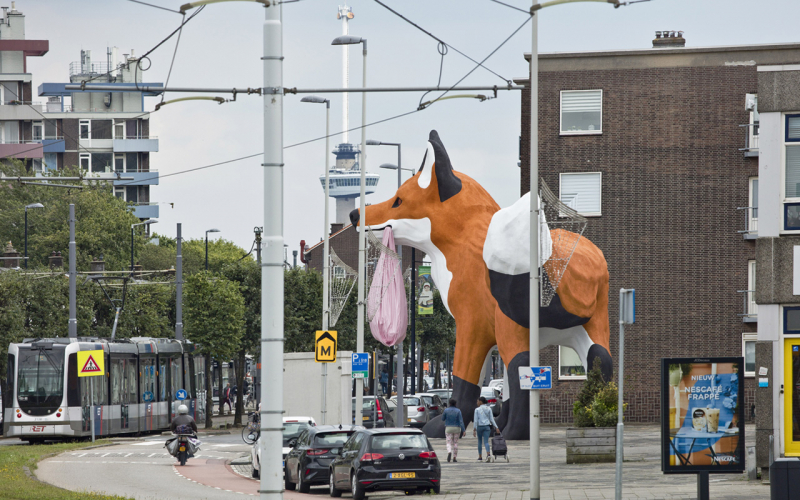 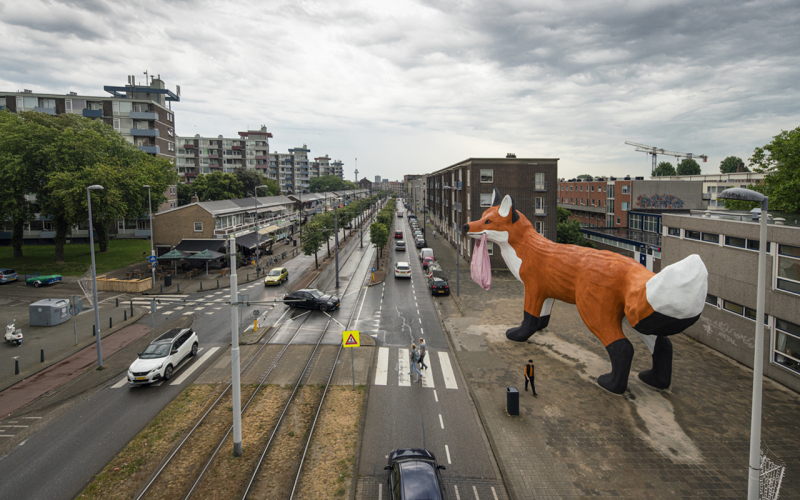 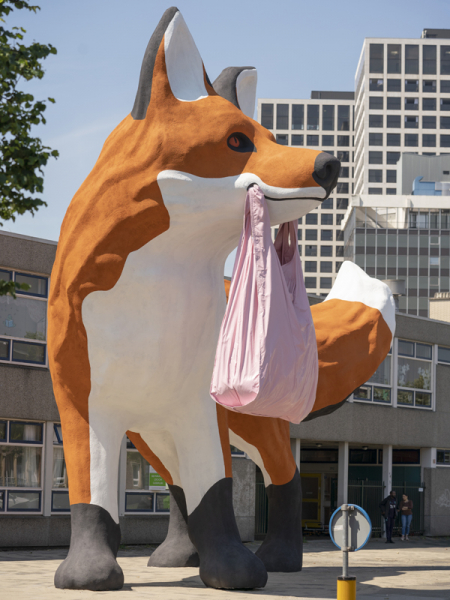 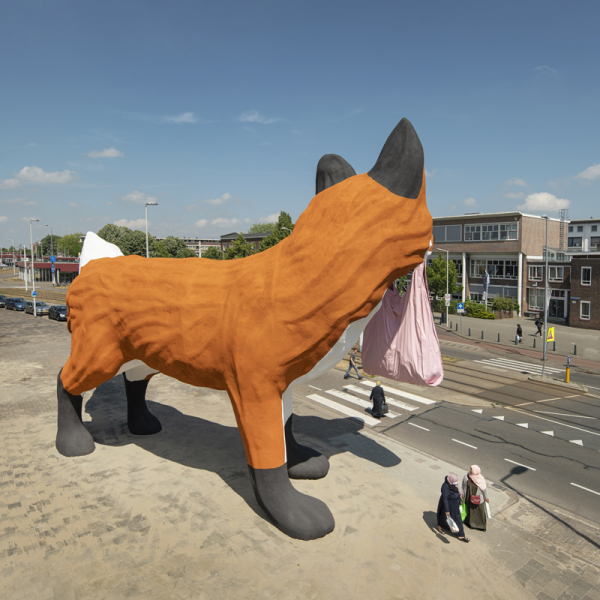 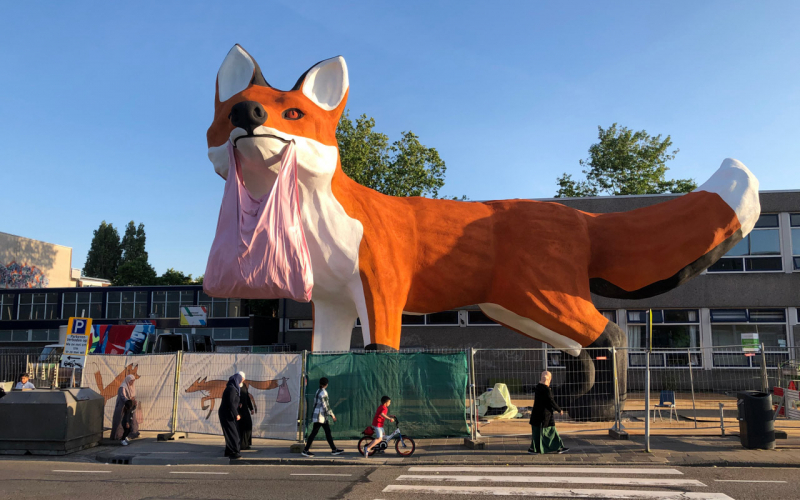 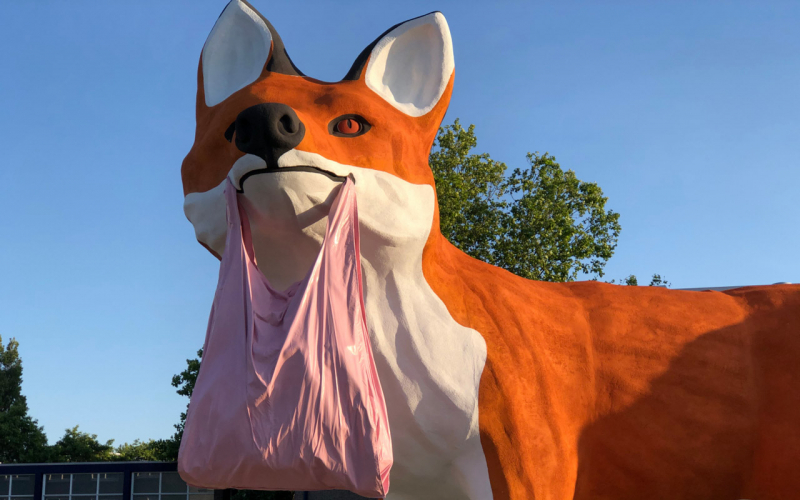 A huge fox has been placed on the Schiedamseweg in the Bospolder-Tussendijken district in May 2020. The picture the Forest fox is sixteen meters long and ten meters high. The whole weighs 65 tons. Now the artwork is still white, but soon this giant fox will get a nice orange hue and a plastic bag in its mouth. The design was created by Florentijn Hofman, who with this artwork represents a relationship between the city and nature. With his fox he wanted to create an image that is about how nature works its way through the city in urban fringe areas under the metro track. Nature contributes to the well-being of urban people. Hofman came to this design in two ways. The first is the immortal name of this city district, Bospolder-Tussendijken - a composition of forest, polder and dikes. It recalls an invisible past. The second way was to study the Schiedamseweg more closely. The street still has many points of interest, but entrepreneurs and residents saw something in a work of art as a trigger and hoped for an eye-catcher. The Municipality of Rotterdam approached BKOR and SIR for this. Hofman and three other artists were asked to make a design for this busy street in competition. Hofman found many parts too busy, too narrow or too finished, so that the Delfshaven side in particular fell off. But the other end, towards Marconiplein, could use a gesture. In that part nature enters the city, there is also the market of the Grote Visserijstraat with all the plastic bags that blow around. The invasion of the fox in the city, as well as the ban on plastic bags, were messages that were at play at the time when Hofman started working on his design. The Forest fox is an ode to both: nature and the plastic bag. Did that fox take the bag? Is he going to clean up junk? Or did he run errands? Because of that unexplained addition, it tells an ambiguous story, just as it is an absurd appearance here along the street. Read here the entire essay on the Forest polder fox.