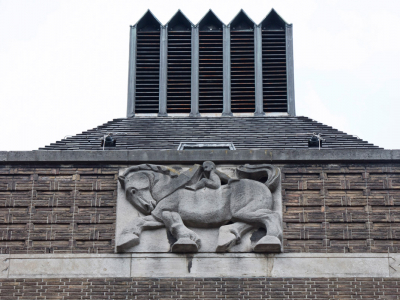 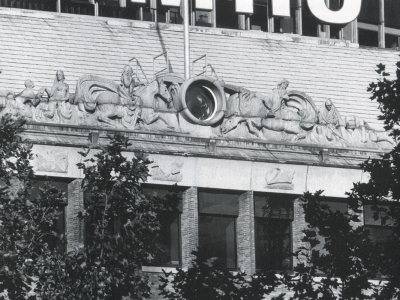 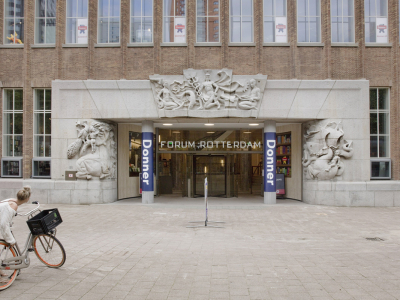 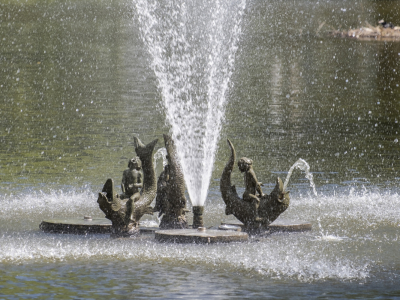 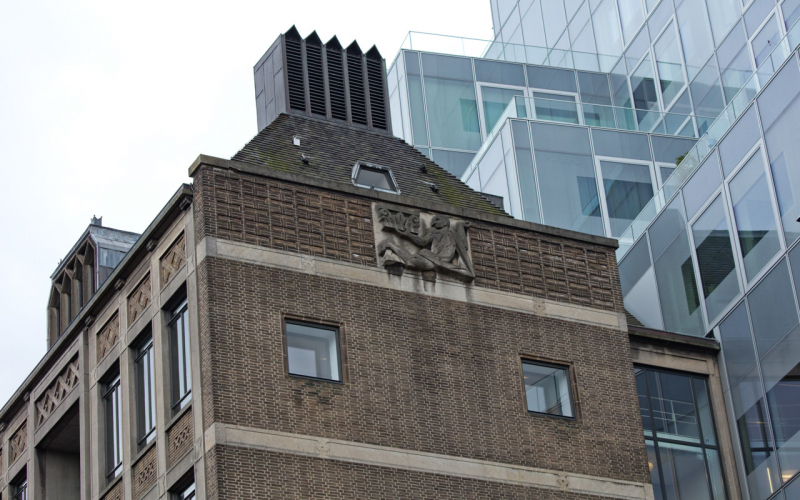 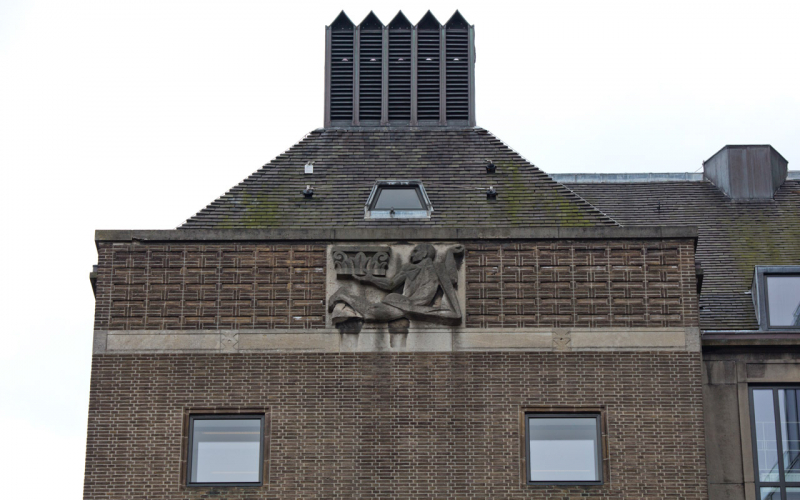 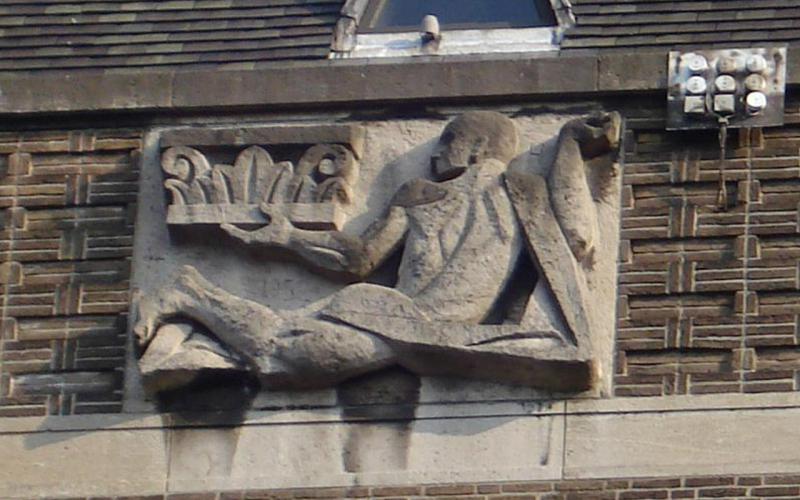 The roof molding of the Stadstimmerhuis contains two façades made by sculptor Gérard Héman. The stone is on the side of the Haagseveer Master builder. From street level, the Moselle limestone stone does not look that big, but the stone is three meters wide and two meters high. Héman has depicted a stylistic male figure with a capital in his left hand. We see the man on the back looking at the capital. His right fist is in the top right corner. An open compass is depicted at the bottom right, a reference to the man's profession: the master builder. In the reconstruction period a frequently used theme for building-related works of art, as a tribute to those who helped rebuild the city after the bombing. Both facing bricks were made during the construction of the Stadstimmerhuis (1947-1953), an office building designed by municipal architect JRA Koops. On the Meent side of the building, the other facing brick is located in the same place in the roof molding Child on horse. Both stones have an inscription of the letter H.