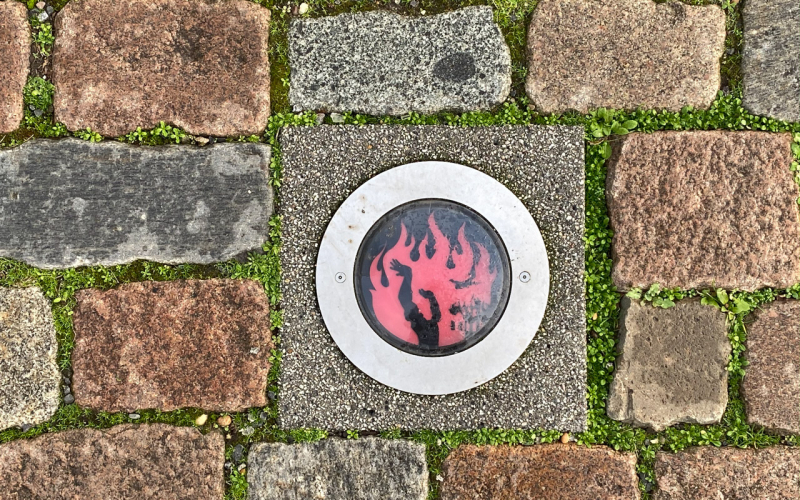 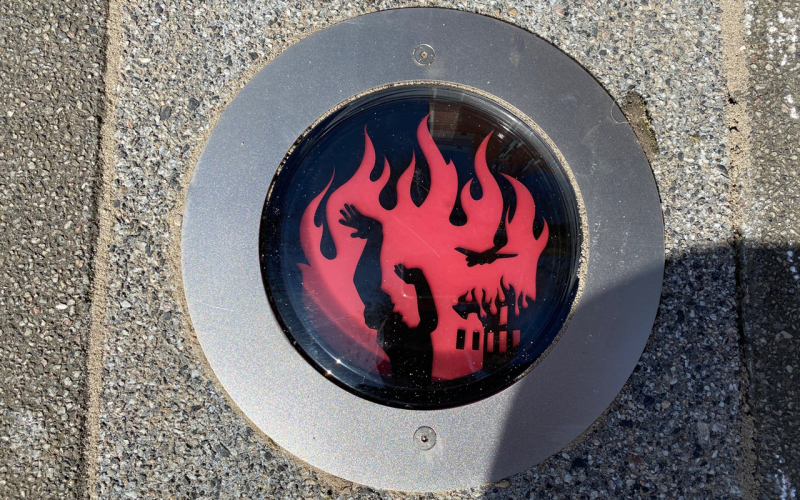 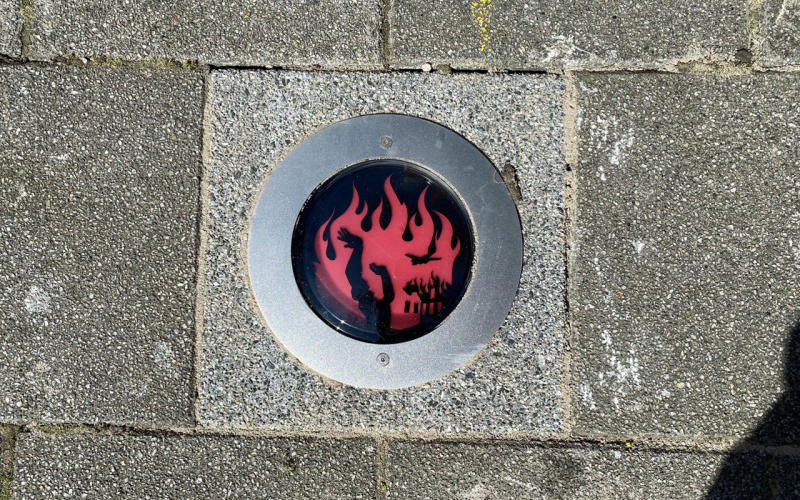 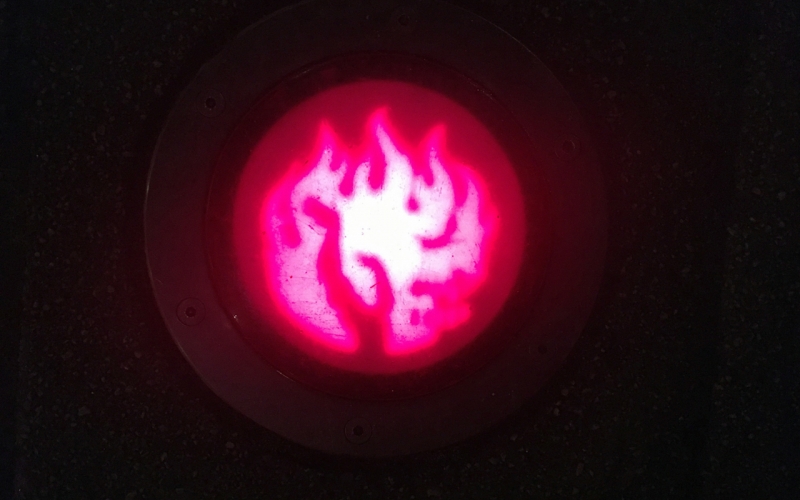 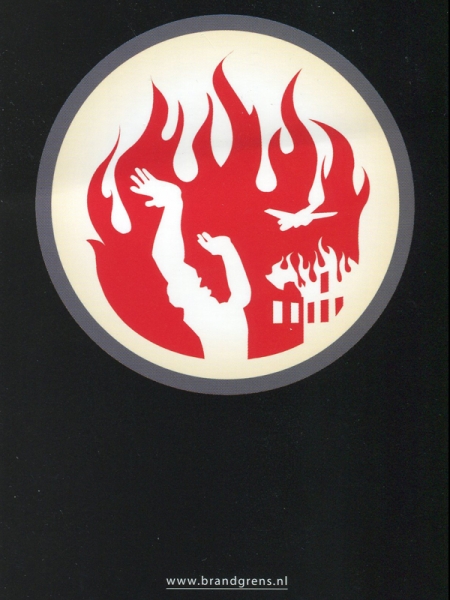 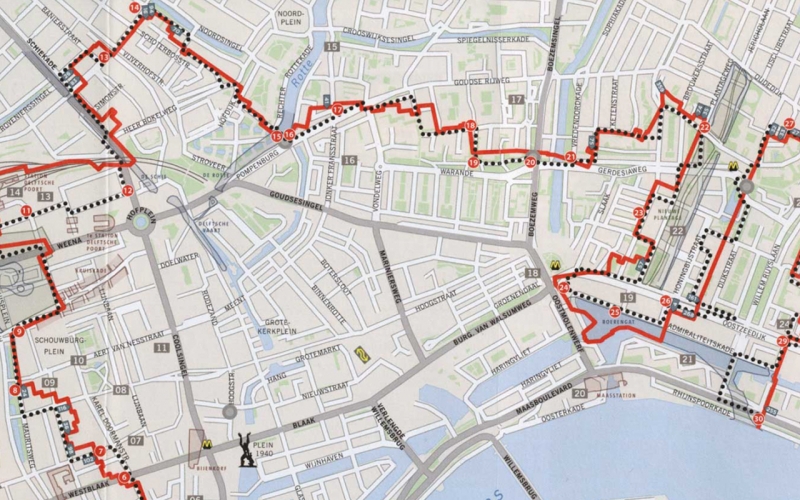 On May 14, 1940, Rotterdam was bombed, causing a large part of the center to burn up. In May 2006, the Board of Mayor and Aldermen decided that the fire limit of this fire had to be marked. The term 'fire border' was used in the 'Basic Plan for the Reconstruction of Rotterdam' from 1946 by ir. Cornelis van Traa. City development, Rotterdam City Archives and Museum Rotterdam conducted extensive research into the precise marking. In 2007 a multiple design assignment was awarded to four artists / designers, which was won by the West 8 architectural firm Fire limit consists of LED fixtures that glow red or green in the evening and are buried in the pavement tiles. The fixture contains an illustration of the image The destroyed city and the silhouette of a Heinkel bomber, both depicted in front of a sea of ​​flames with a few burning buildings. The illustration was designed in collaboration with Opera Design. With the red fixtures, the Fire limit marked in the center. The green lights are on the Noordereiland, which has been destroyed by its own fire due to the defense of the city, the so-called friendly fire. De Heinkel is therefore missing in the illustration of the green lamp. The Fire limit is almost 12 kilometers long and there are a total of 385 lamps. There are 350 red lamps in the center and 35 green lamps on the North Island. In five places is a large black granite stone, on which the devastated area is indicated and the most important dates are stated. On the North Island there is a sixth stone on the Prins Hendrikkade, the so-called friendly fire stone with a custom text. On August 21, 2010, the Fire limit officially unveiled. Click here .

The Rotterdam architectural firm West 8 was founded in 1987 by Adriaan Geuze (Dordrecht, 1980). West 8 has brought landscape architecture to the attention in large-scale urban designs, such as in the design and construction of the Schouwburgplein (1991-1996). The redesign of the Coolsingel (2018-2020) is also a design by West 8. The office also has a branch in New York.