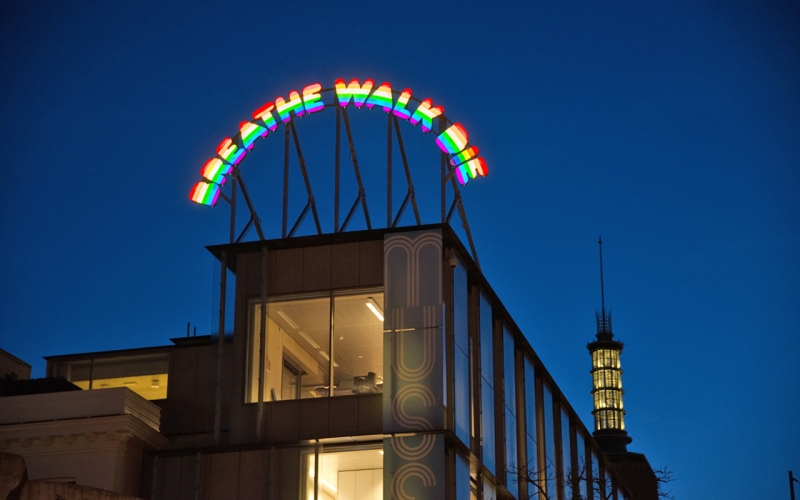 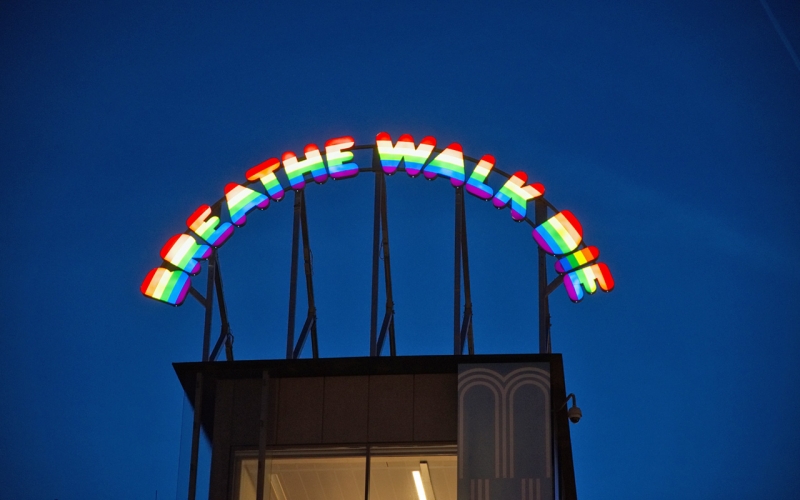 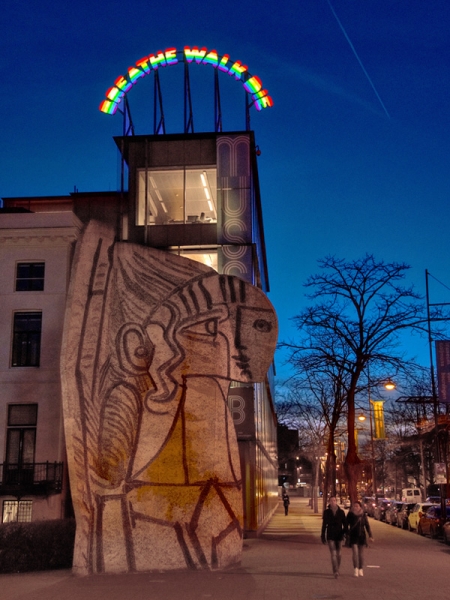 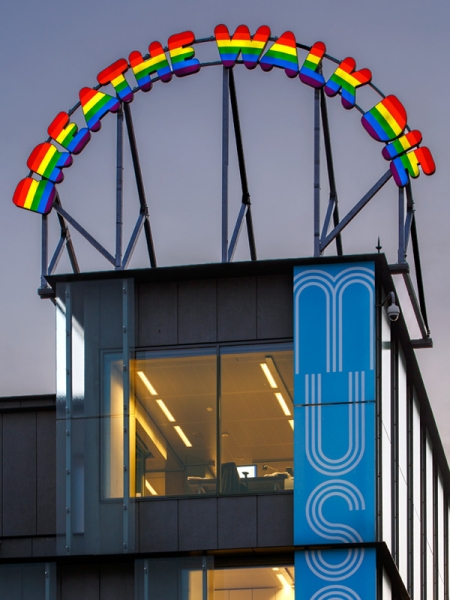 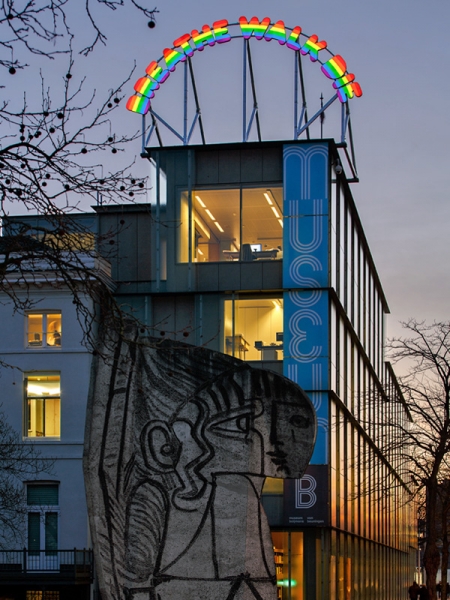 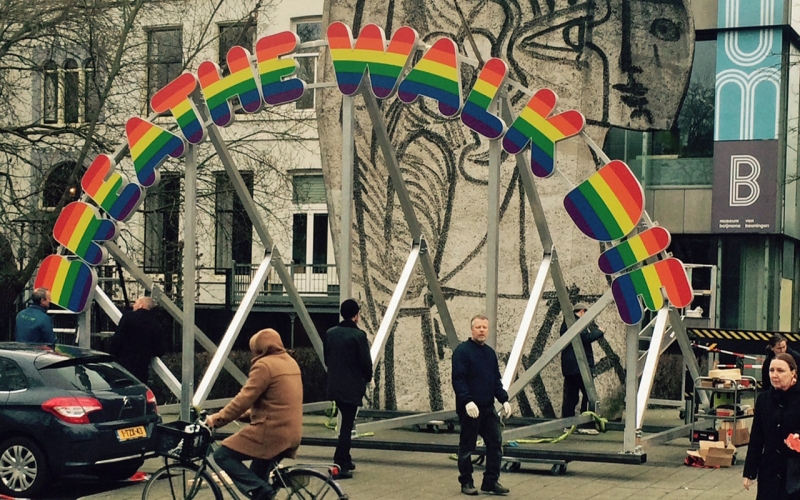 Clowns, rainbows, parties, but also deep black gloom determine the colorful work of the Swiss artist Ugo Rondinone. Museum Boijmans Van Beuningen placed this artwork, a 'rainbow poem' of the words Breathe, Walk, Die, on the roof above the director's room on the occasion of the opening of Rondinone's solo exhibition Vocabulary or Sollitude in 2016. The luminous rainbow summarizes the fleetingness of life in just three words. In 2007 there was temporarily another 'rainbow poem' by Rondinone in Rotterdam. The work was on the roof of a former bank building on Coolsingel Big Mind Sky. This work was part of the temporary exhibition 'Public', organized by Sculpture International Rotterdam to draw attention to the renovation and redesign of the Coolsingel. Due to the renovation of the museum, the artwork has been temporarily placed in storage.

Artist Ugo Rondinone (Brunnen, Switzerland, 1964) studied at the University of Applied Arts Vienna from 1986 to 1990 and has been working and living in Harlem, New York since 1998. He makes his work in different techniques (mixed media) with the theme the boundary between euphoria and depression. He gives images from our everyday environment a different dimension by enlarging them or, on the contrary, isolating them. In 2013 it was artwork Human Nature see a group of monumental stone figures in Rockefeller Center plaza. Another well-known work has been on display in the Nevada desert since 2016: Seven Magic Mountains. These are 7 brightly colored pillars of piled up rocks, each about 10 meters high and visible from a wide area. In the spring of 2016 he had his first solo exhibition in the Netherlands at the Museum Boijmans Van Beuningen. An installation consisting of 45 life-size clowns sculptures, which exposed the various facets of human existence. Rondinone represented Switzerland at the Venice Biennale in 2007 and had major solo exhibitions in Center Pompidou, Kunsthalle Wien and Palais de Tokyo, among others.