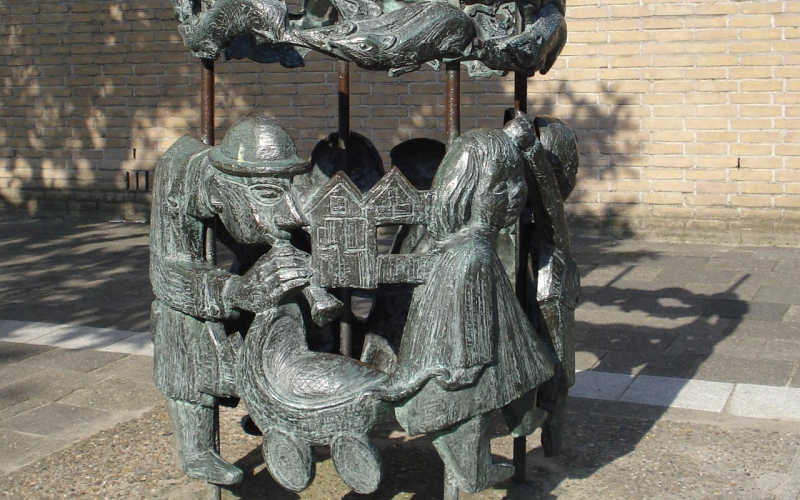 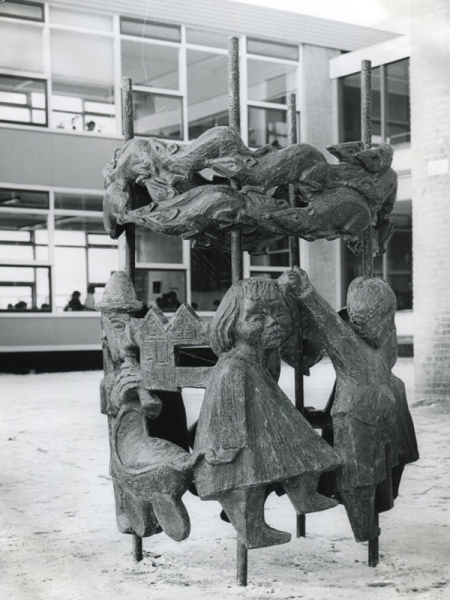 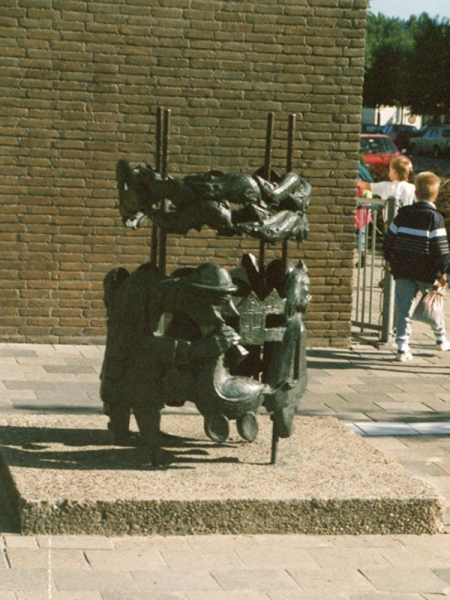 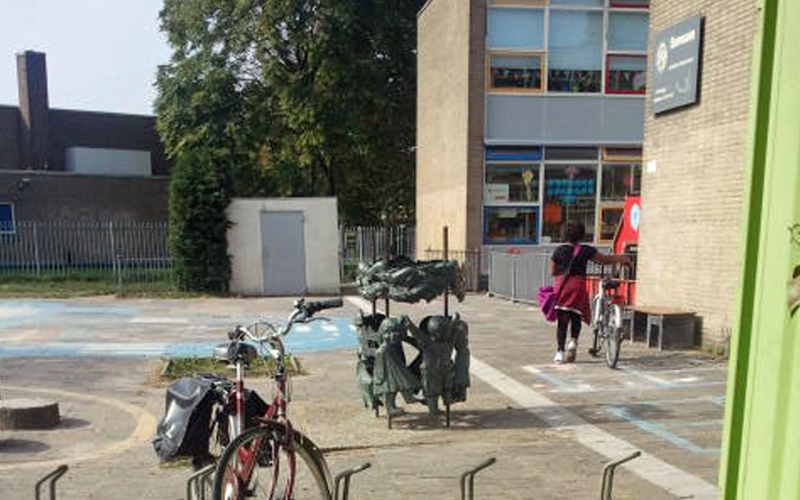 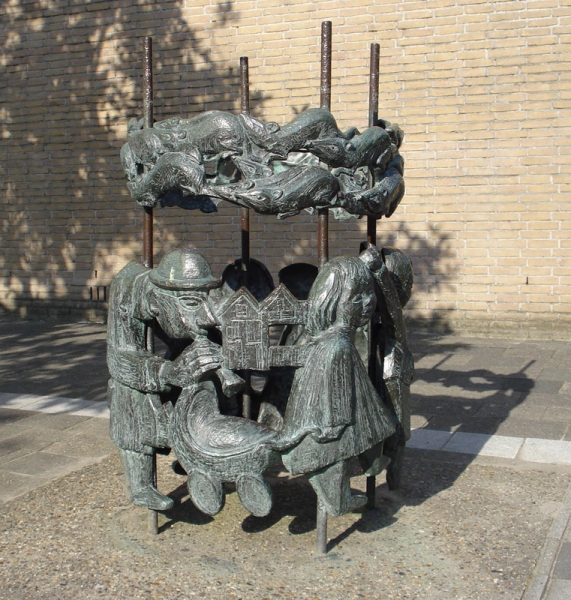 Since 1965, there has been a bronze relief by artist Martin Slappendel on the schoolyard of the Samsam public primary school. It is a free-standing work consisting of two parts on four 'stilts'. The lower part consists of six children's figures who walk in a circle behind a flute-playing man. Over their heads, running in opposite directions, rats. It seems to be a representation of the folktale 'The Pied Piper of Hamelin' (made known by the Brothers Grimm), but the sculptor christened this plastic Carousel. When the schoolyard was redesigned, the school did not want to replace the statue. The work has been saved.

Shortly after the war Martin Slappendel (Rotterdam, 1930) started as a sculptor in Gouda. He worked in bronze and chamotte on portraits, figure and female performances. In 1962 he made a relief for a school in Hillegersberg, which has since been demolished. He created the artwork in 1964 Double horse figures for a school in IJsselmonde on the Biezenkreek and that building was also demolished. In 2018 Double horse figures on the Kleinpolderplein placed. In 1965 he made the artwork Carousel, a bronze statue for the schoolyard of the Samsam primary school. In 1963 he set up a sculpture garden in Beekbergen with his characteristic sweet statuettes, such as a girl with a doll on his lap, children playing and birds.