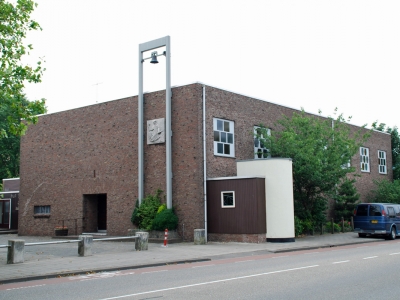 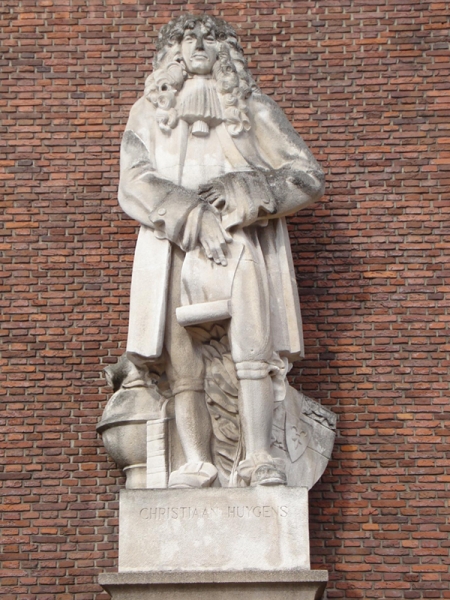 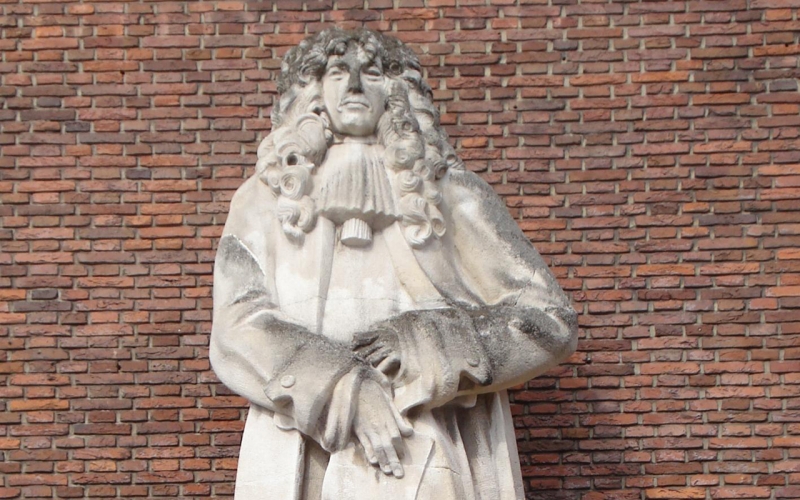 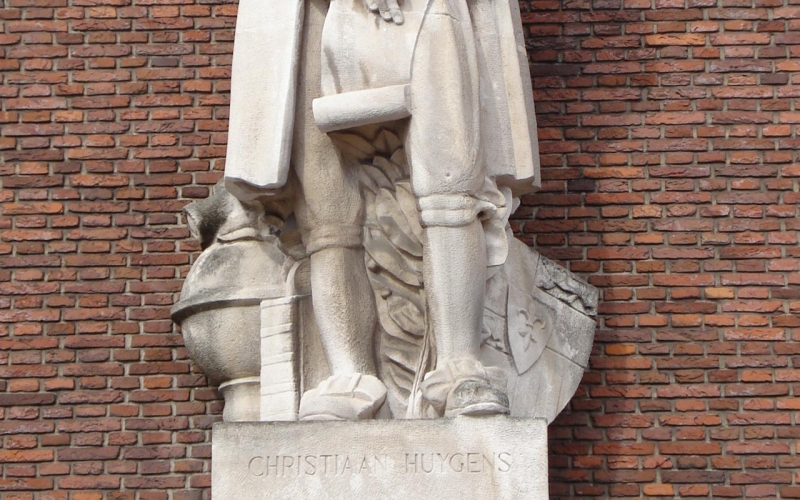 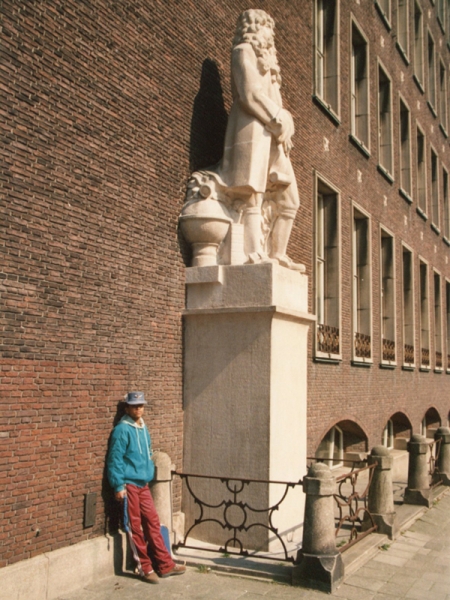 The National Life Insurance Bank on the Schiekade, established in the Maasstad, was completed in 1949 by the Rotterdam architect Kees Elffers. On the street side of the brick building, he places statues of Johan de Witt and Christiaan Huygens, made by sculptor Albert Termote - a specialist in traditional bronze equestrian statues. Although both historical figures have penetrated national memory mainly as council pensioners and physicists, they are also considered pioneers of insurance mathematics in the seventeenth century. De Witt perfected the probability calculation and Huygens was a great statistician. And with that, the bank made it clear that it had been a carrier of the glorious Dutch entrepreneurial spirit since the Golden Age. (Source: Images. Urban embellishment in Rotterdam since 1940, pp. 155, 158). In the second half of 1943, Albert Termote had completed the sketch designs for the statues and for the crowning of the main entrance - which represents a symbolic representation of human life. Its implementation was delayed due to the stoppage of construction. Only in 1947 could the carving of the sculptures, made of French limestone, be started. They were completed around July-August 1949. (Source: Statues, monuments and sculptures in Rotterdam, page 85-86).

Albert Termote (Lichtervelde, 1887 - Voorburg, 1978) was a student at the academy in Ghent, among others George Minne and would later teach as Charlotte van Pallandt as a teacher at the Hague academy. He was a traditional sculptor. He made a lot of ecclesiastical art and (equestrian) statues, also often in front of squares in churches. In the The Hague region he received many commissions from Catholic architects from the 1930s. He made many images of saints and in the reconstruction many related assignments in the corner of Wageningen and Limburg.