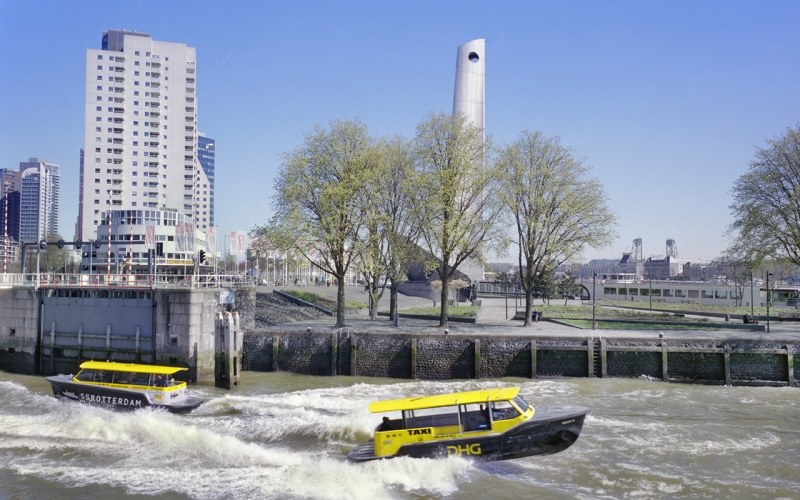 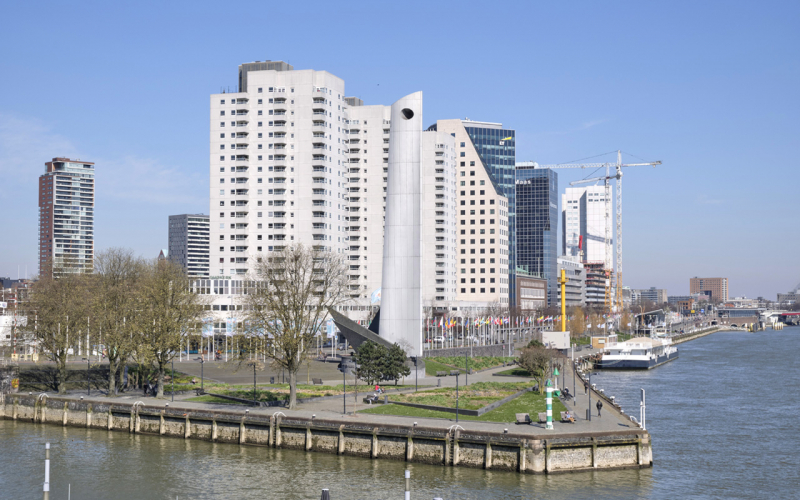 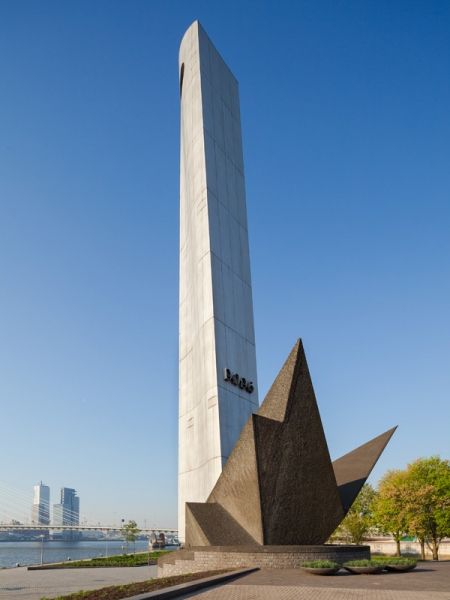 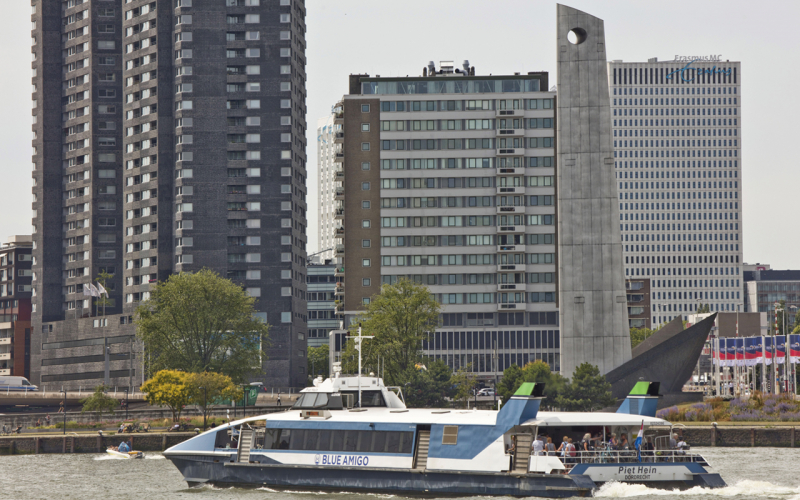 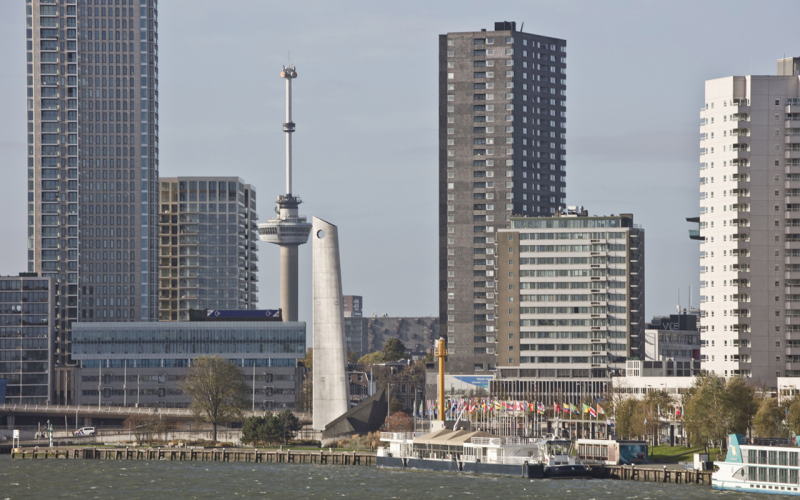 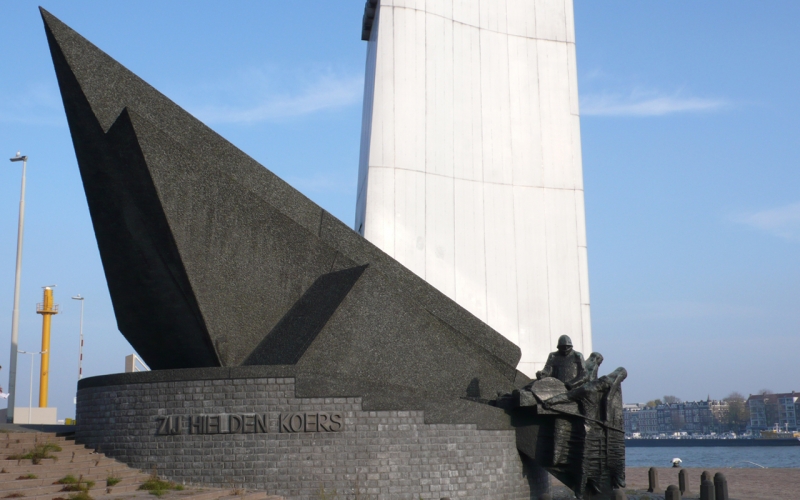 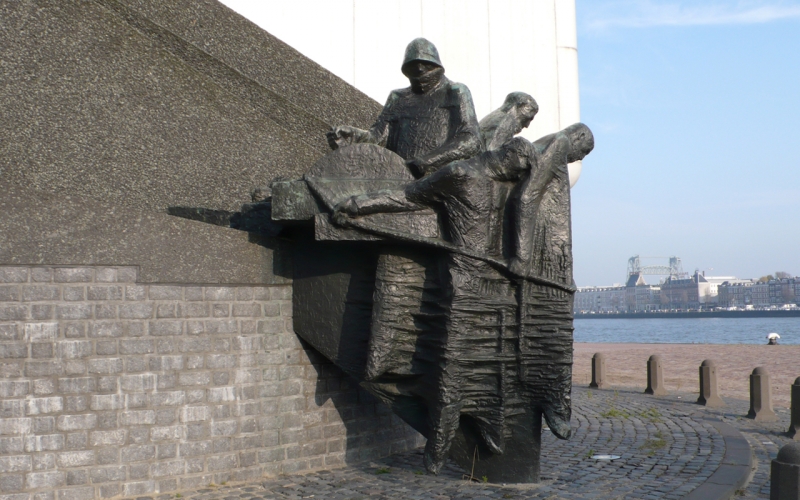 In memory of the victims who fell at sea during the Second World War, Carasso created the 'National Monument for the Merchant Navy'. The work is 46 meters high and was awarded the title The bow. Even before the unveiling, the image was criticized and it was decided to add a human element to the image. In 1965, therefore, a group of bronze figures was placed at the foot of the statue. The words 'are on the base of the monument'they kept course". A chalk drawing of about 1950 is a first study for The bow: an abstract image, in which angular and round shapes are stacked and intertwined. An elongated triangle towers above it in height. The image here looks like a playful collage of forms that here and there evoke associations with a ship, for example a ship's bow, waves and a steam pipe. Carasso sketched the image on the quay, one of the bridges over the Maas coming ashore below the image. The final design is from 1956, the unveiling was in 1957. For more information: Sculpture International Rotterdam.

Artist Frederico Carasso (Turin, 1899 - Amsterdam, 1969) fled from the Mussolini regime to Paris and Brussels to end up in the Netherlands. He started in the 1930s with exhibiting drawings, photo collages and sculptures. Only in Amsterdam could he really develop as a sculptor and was he included in the circle of Amsterdam sculptors. In 1938, Carasso exhibited for the first time in the Netherlands. In 1956 he was appointed professor of sculpture at the Jan van Eyck Academy in Maastricht. The bow is his most famous work.