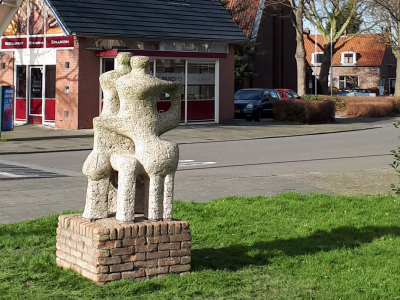 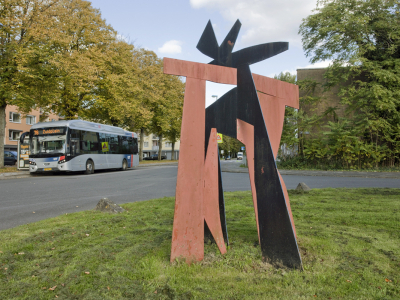 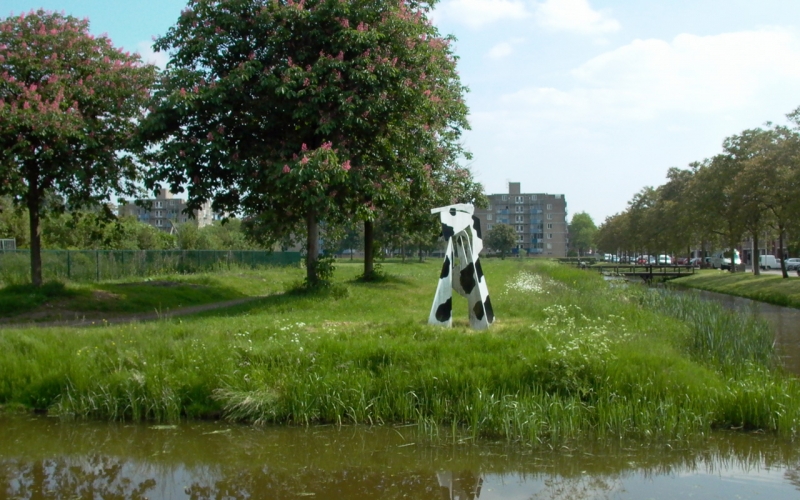 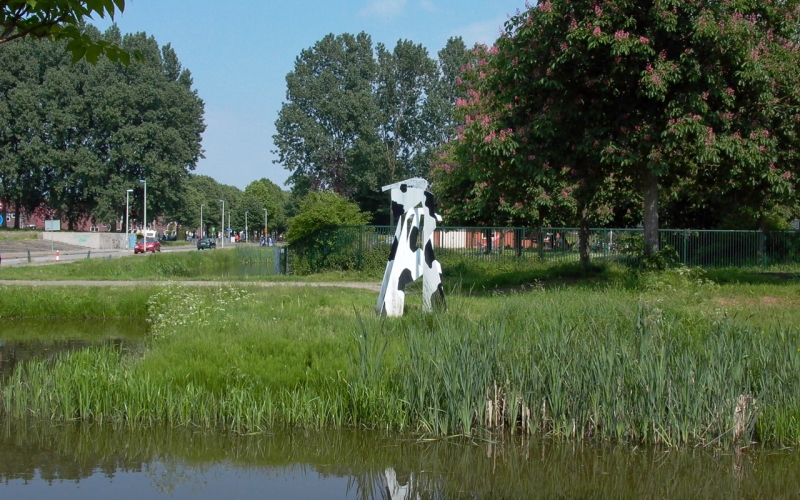 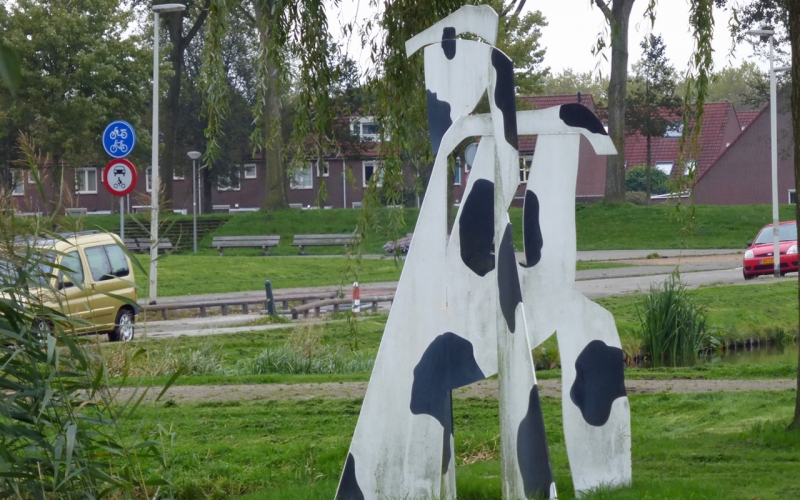 This work by Cor Dam is made up of flat surfaces of Corten steel and then painted in a black and white spot pattern, which refers to a cow. The steel plastic was donated to the municipality of Rotterdam in 1988 as part of the 75th anniversary of the housing association 'Voor het huisgezin'. Cor Dam has made several corten steel plastics, which are comparable to this one. There are five other variants, three of which were relocated to roundabouts in Prince Alexander in 2018. They all differ slightly in shape and are painted in different colors and patterns.

Cor Dam (Delft, 1935 – Delft, 2019) was educated at the Royal Academy of Art in The Hague, decorative department. He then studied sculpture at the architecture department of the Delft University of Technology, under extraordinary professor (and sculptor) Oswald Wenckebach. Dam was not only a sculptor, but also a painter, draftsman and monumental artist. After his studies he worked from 1950 to 1969 as a ceramist and designer at De Porceleyne Fles in Delft. He made almost non-figurative designs, many wavy lines, initially organic in which he said he still recognized human figures. He already made grand gestures back then, which later becomes even more apparent in both monumental work and late free objects. In 2004 Dam has another exhibition in a gallery in Woudrichem with images that move between figuration and abstraction and are built up of large robust forms. In bronze, wood and ceramics, his sculptures are about color, structure, skin and matter with some main shapes such as triangles, rectangles and lines. He has also worked as a painter and draftsman and has been a teacher at TU Delft since 1988.