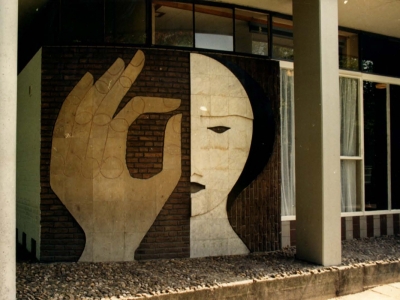 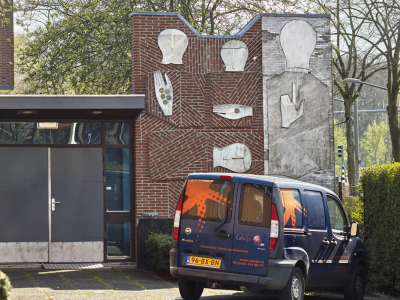 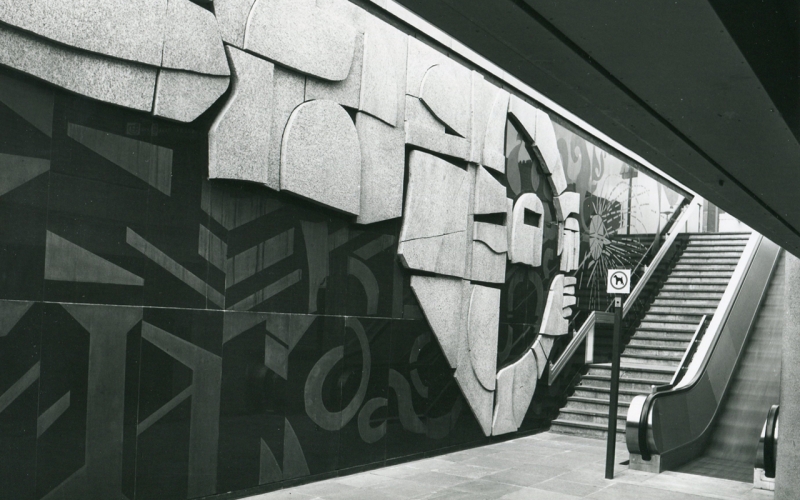 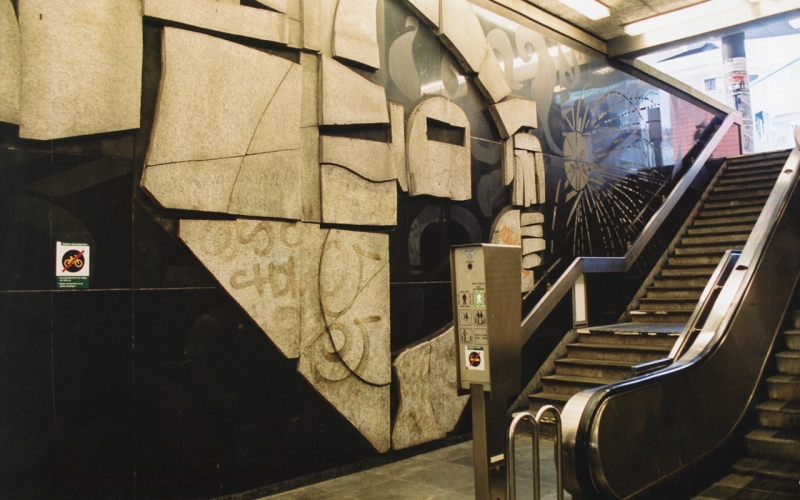 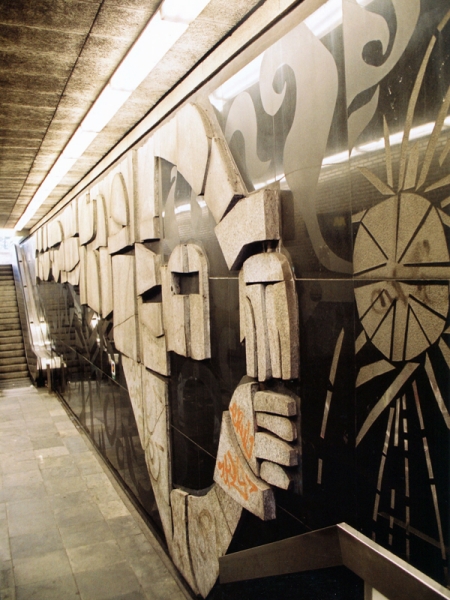 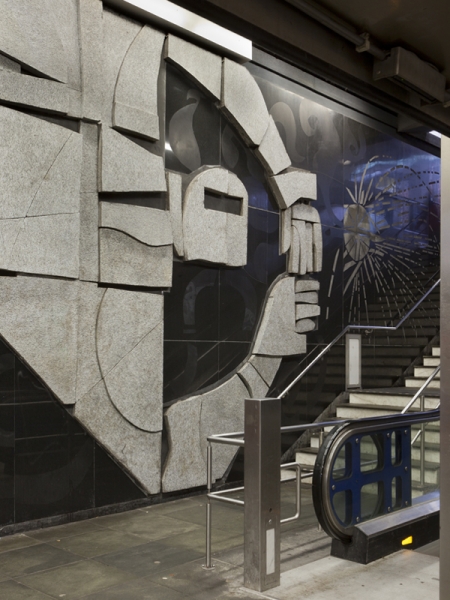 On the front wall on the Binnenwegplein / Westblaak side, a facade relief has been applied, designed by artist Henk de Vos. The representation of a welder in a reclining position is composed of elements of rough gray Bavarian granite. These are located in front of a dark surface of polished and decorative granite, which usually bears some traces of free expression by passers-by. Presumably De Vos wanted to refer to the workers who built the metro line. The relief initially received natural grazing light, but in the 80s the entrance was built over, removing much of the incident daylight.