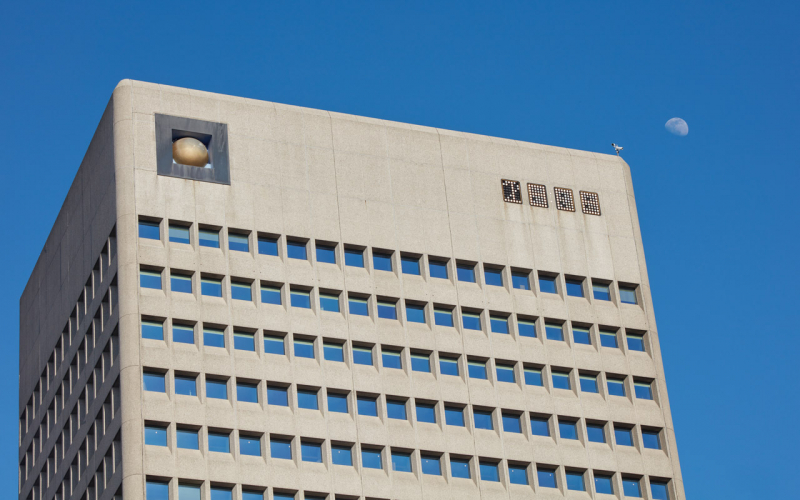 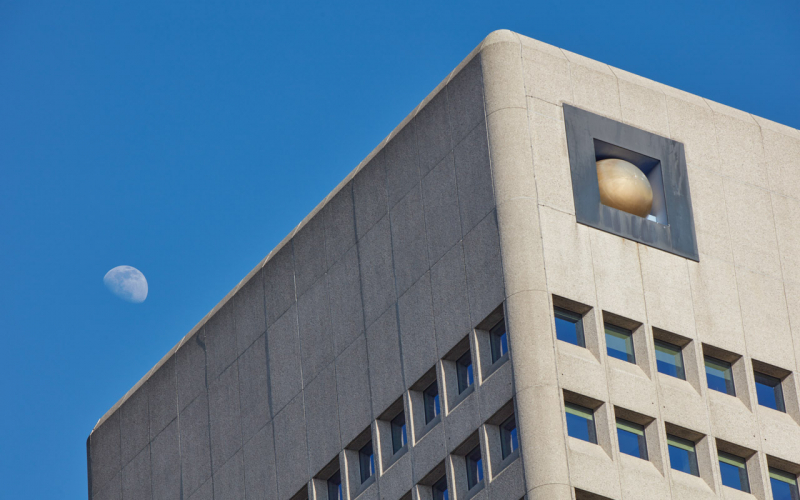 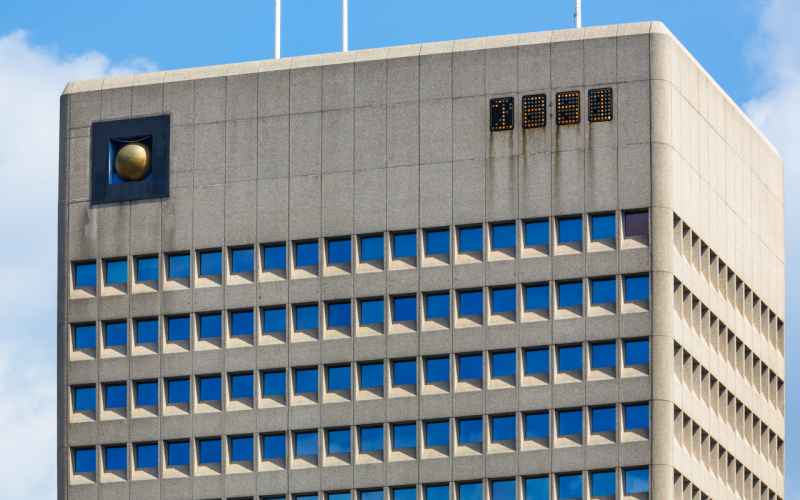 This 95-meter-high office building on Hofplein used to be called Shell Building II. After Shell left in 1999, the building was empty for a long time. The Shell logo on the front and rear of the building was a defining feature of this place for over twenty years, but had to be removed after their departure. Artist Marc Ruygrok was asked by the owner of the building to create a work of art for this existing place. In 2001 he replaced the logo of the shell on both sides with an enormous brass sphere that is tightly clamped in a black square frame. He called it work The pearl. Several meanings can be attributed to the 'pearl', in interaction with the history of the building. Today this office tower is called the Hofpoort.

Marc Ruygrok (Voorburg, 1953) is a sculptor and painter. He was educated at the National Academy of Visual Arts in Amsterdam and Ateliers '63 in Haarlem. Monumental letters and short words have characterized his building-related work since the 1980s. An important theme is playing with the scale of his objects. A well-known work by Ruygrok is the UFO-shaped sculpture on the De Inktpot building (head office of ProRail) in Utrecht. His work can be found in various Dutch municipalities. Marc Ruygrok is a grandson of the renowned sculptor Albert Termote (1887-1978). He lives and works in Den Oever.