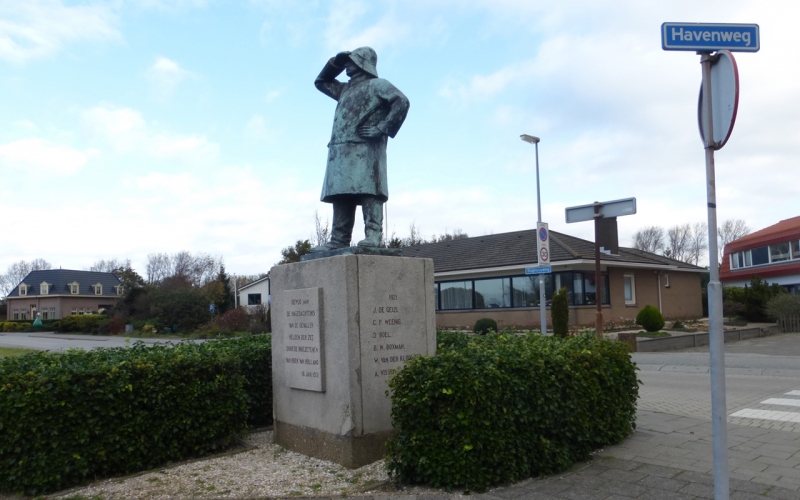 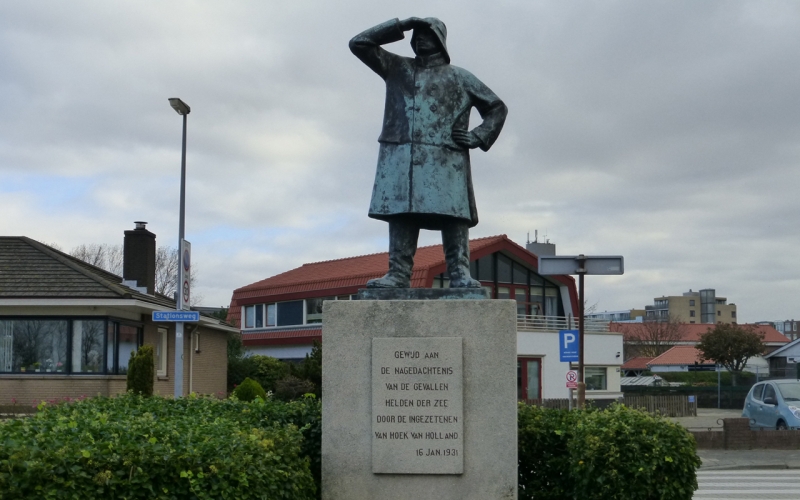 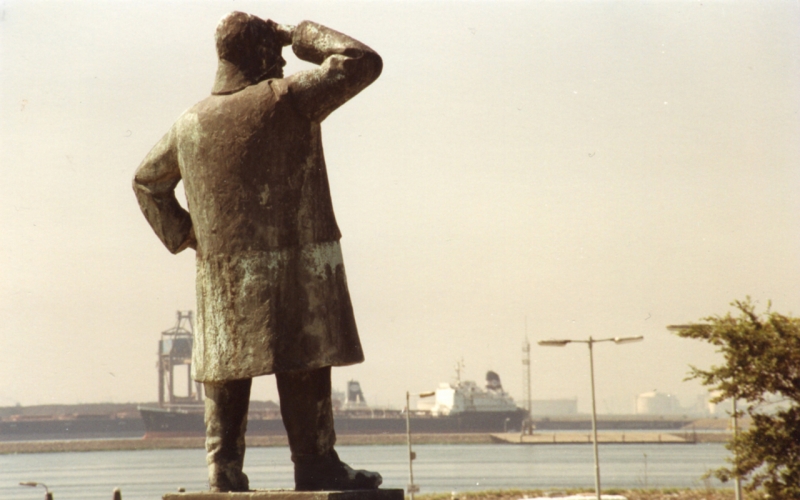 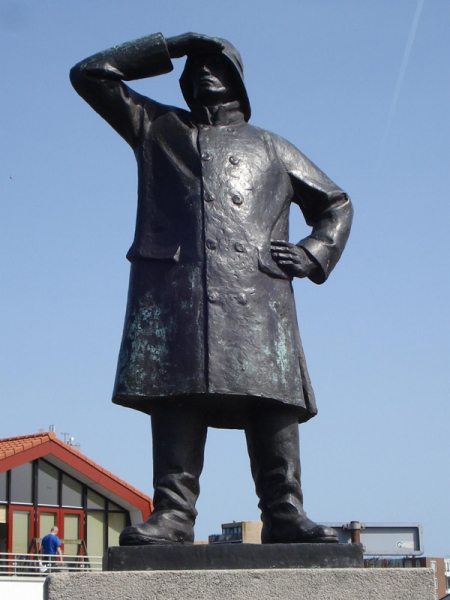 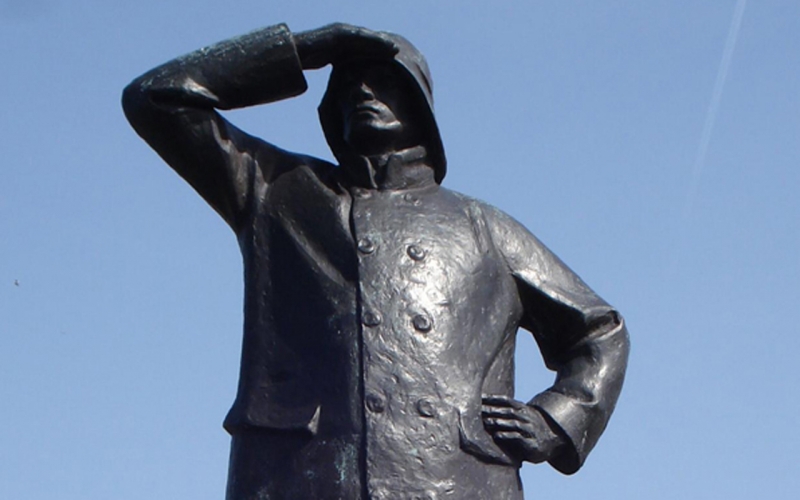 This bronze savior stands in sturdy boots and southerly on a plinth. He holds his hand over his eyes to be able to gaze out over the sea without being bothered by the sun, which is extra bright due to the glare in the water. His broad, confident demeanor gives him the confidence-inspiring aura that we like to see in someone responsible for rescuing drowning people. This statue was made by Elisa de Ridder van Mastrigt. In 1931 it was dedicated by the citizens of Hoek van Holland to the fallen of the sea, and was erected in memory of, among other things, the dead rescuers of the ships 'De President van Heel' and 'De Prins der Nederlanden'. Ms GWJ van Nieuwenhuis-Verveen wrote the following in 1972 The savior in the booklet Statue, monuments and sculptures in Rotterdam: In January 1929, the crew of the lifeboat The Prince of the Netherlands was killed. She attempted to help the passengers of the Latvian SS Valka stranded on the Maasvlakte. That was the second disaster in the Hoekse rescue system within eight years. On October 23, 1921, seven men of the President Van Heel were drowned when they tried to get the crew of the French lighter Falaise in distress. Rarely is defeat and compassion as common as in coastal towns, when the sea has demanded sacrifices from the population. And all the more so, when the victims have risked their lives at night and thaw to save others. In our active time, pity is happy to turn into action, reverence to homage. They wanted to do something for these men who, with their last heroic funeral, had brought the mourning, for which they wanted to save others, over their own relatives. From this reverence and pity the idea was born to honor the memory of those who were killed by establishing a memorial. The people of Hoek considered it a duty to bear the costs themselves. The monies came to the Association for the Creation and Maintenance of a Monument in memory of the Rescuers who died in Hoek van Holland, so generously that the Committee could order the construction of a memorial that the tough sailors would indeed be worthy. The monument was designed by Mrs. Elisa de Ridder of Mastrigt and executed by the bronze founders Stöxen and Son. On 16 January 1931, just two years after the Prince of the Netherlands disaster, the people from Hoek were back at the Berghaven, from where they had once seen the boats leave with worried glances. Now in an orderly square around the still covered monument. It was a gray day with lashing rains as a reminiscence of the bad weather that had become fatal to the men. After authorities had given appreciative words to the memory of the dead rescuers and the spontaneous tribute of the people of Hoek, J. Rypperda Wierdsma, vice-president of the Zuid-Hollandsche Maatschappij for Salvation of Drowning People, unveiled the revelation. Then there stood before all eyes The savior in high boots, oil-coat and south-west, gazing hand-in-hand at the sea, at the mouth of the Waterway, ready to offer help as soon as danger would threaten. This seaman, as the Hoek has known so many of them and will always produce new ones as long as the voyage on Rotterdam makes it necessary, belongs to the people from Hoek, who are familiar with the sea and its threat. But for the many holidaymakers who pass him by, he is a figure from another world than their seaside resort full of noisy summer beach entertainment.

Elisa de Ridder-van Mastrigt (Zederik, 1896 - The Hague, 1989) was a sculptor, painter and monumental artist. She studied at the Academy of Fine Arts in The Hague.