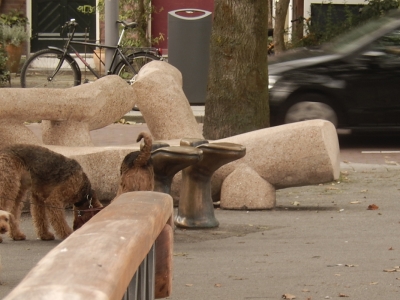 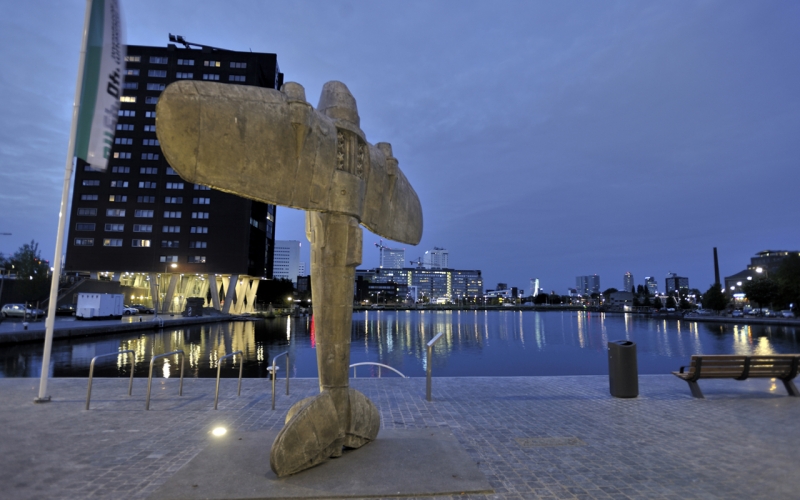 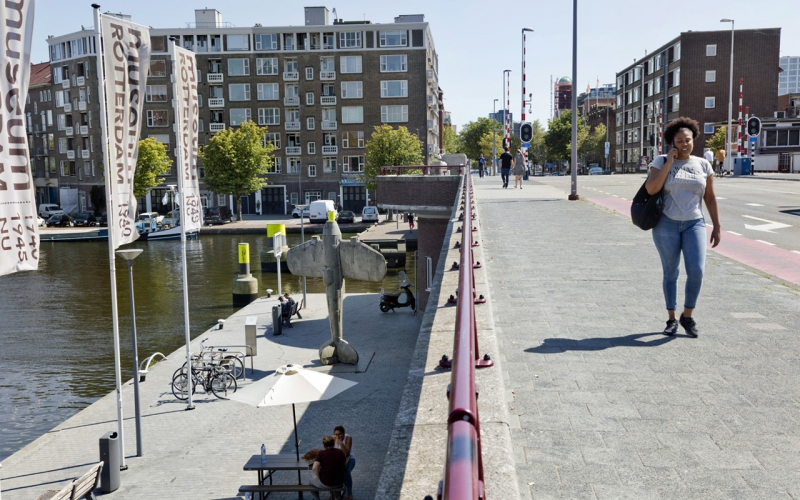 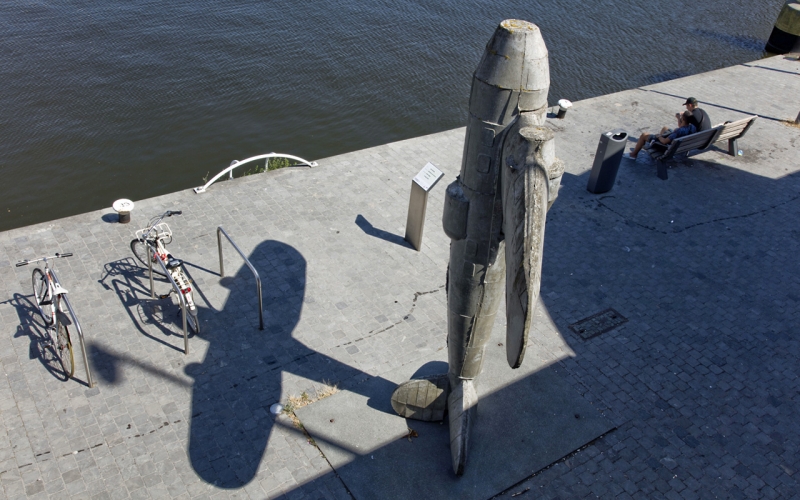 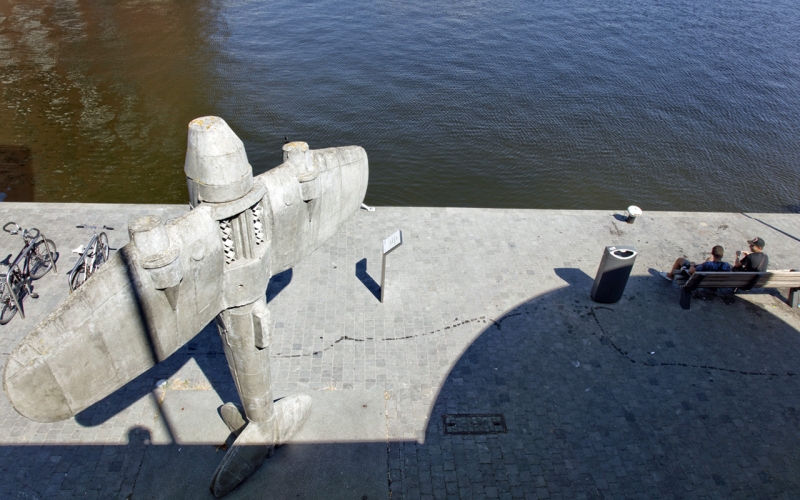 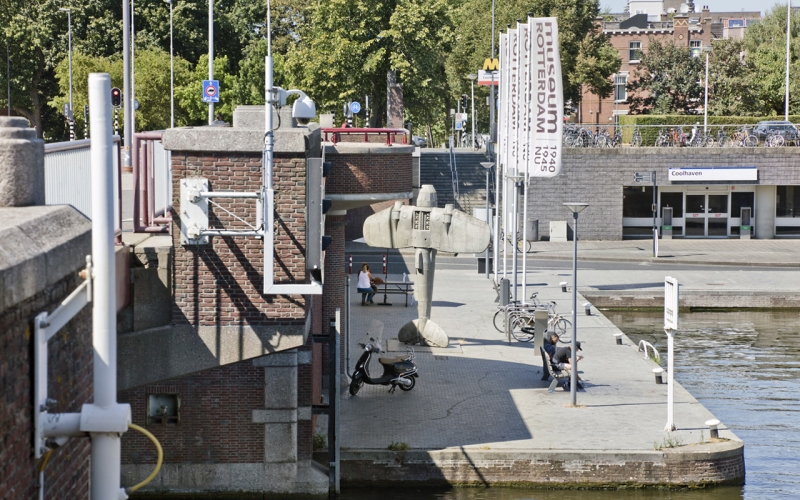 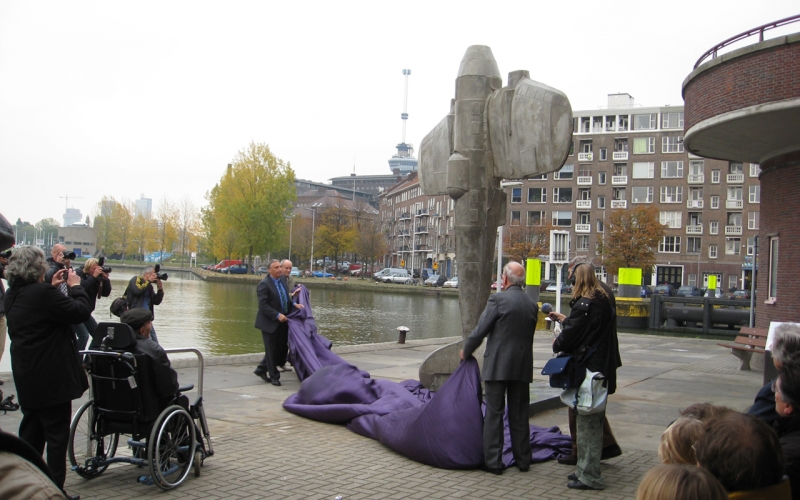 When the former OorlogsVerzetsMuseum moved from Katendrecht to Coolhaven, Onno Poiesz was commissioned by CBK Rotterdam to make a design for marking the entrance to the museum, which is somewhat hidden under the bridge. The shadow is a stylized scale model of a Heinkel bomber. With this aircraft, the bombing was carried out on 14 in May 1940, which still casts a shadow over the city to this day. Because of memories of this, the artwork immediately led to protests from Rotterdammers, but Poiesz wanted to make a link between now and the past with his plane. That is why the artwork was made of cast gray concrete, as a reference to the concrete with which the city was raised from the rubble at the time. Aircraft have long been a motive in Poiesz's work, because they are symbols of our time. They are associated with freedom and with fear, with progress and with threat. Poiesz incorporated these contradictions The shadow. An airplane in the middle of a city is the odd one out - has it crashed or been disabled? The location evokes contradictions and so does the design of the work. Poiesz styled the plane and gave it one color. Thus it has been reduced to a reflection of its own reality, namely the scale model. It is there as a museum piece that commemorates the past and at the same time it is recognizable as a toy. In this way, Poiesz hopes with his artwork to encourage contemplation about the present and the past. "The work weighs up to five tons (5000 kilos)," said Poiesz on Wednesday, while employees attached the colossus to a pedestal with hefty screws. “As a native Rotterdammer, I can understand this fuss very well. But keep in mind that it is a marker, not a monument. ”

Onno Poiesz (1974) is a Rotterdam artist. He studied at the St. Joost Academy in Breda (in the direction of Monumental Art) and at the Willem de Kooning Academy in Rotterdam. Poiesz chooses symbols of modern times as his subject. In 2006 he marked the facade of the old Central Station of Rotterdam with the letters EXIT in adhesive plastic.