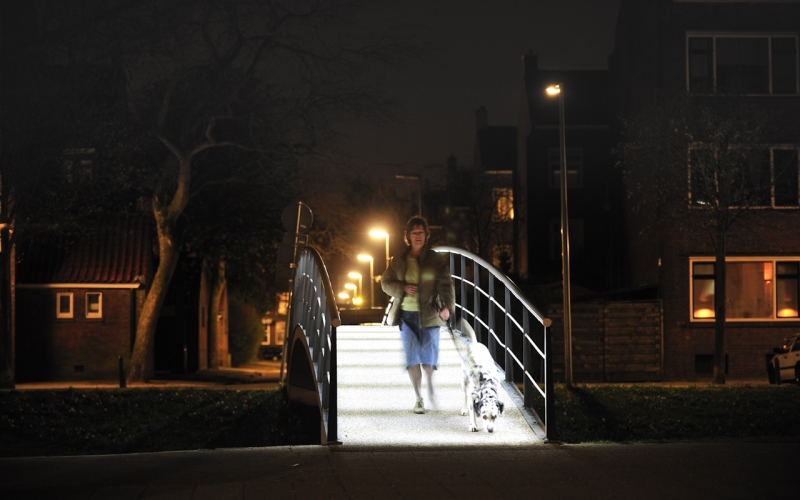 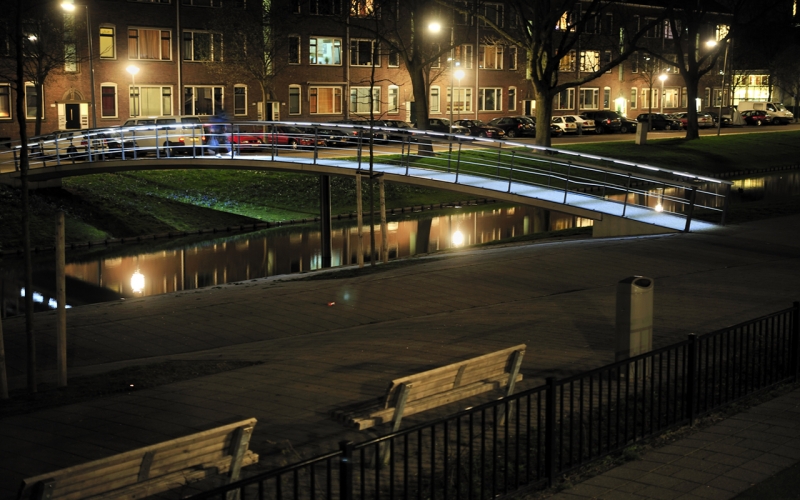 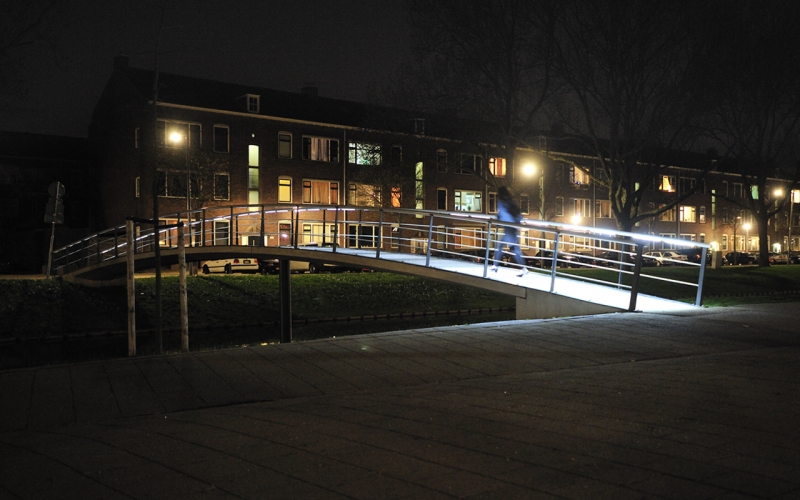 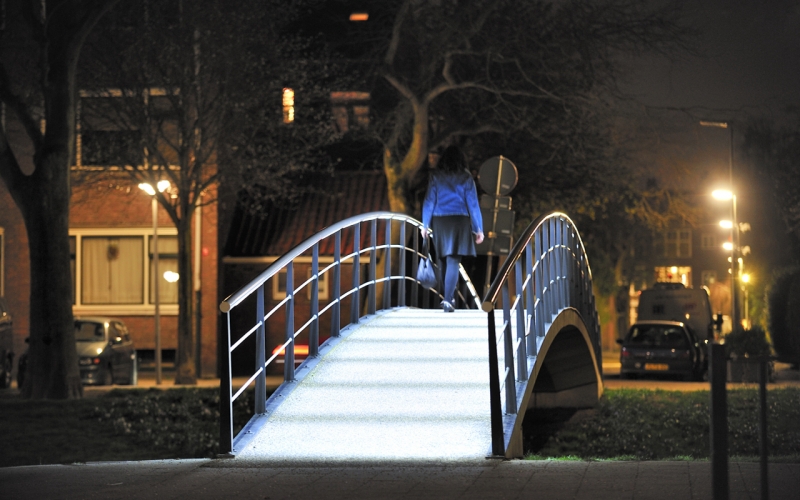 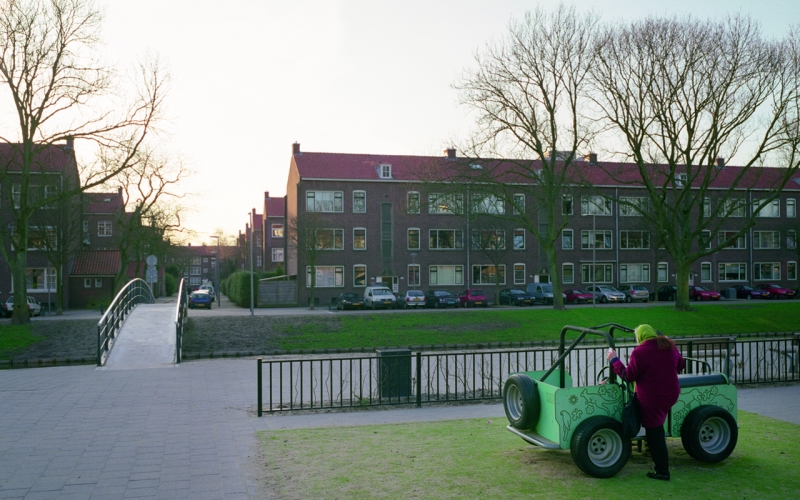 This interactive light application originated as a project from the Singelplan by the artists Han Goan Lim and Albert Kliest. In this plan, advice is drawn up for each single or single pair on the way in which autonomous and applied art could play a role in the (re) design of the Rotterdam canals. In many cases this means that the artist reinterprets existing elements and provides them with new meaning, or is involved in the design of the functional objects. The latter has also been the case with Dhe lit bridge by lighting designer Dirk Rutten. The lighting is incorporated in the bridge railings and usually burns at 20% power. When a walker passes a sensor in the bridge, the light 'runs' along to 100% of the power. After a few seconds, the lighting dims back to the level of 20%. This interaction creates a special experience for the walker.

Dirk Rutten (Nijmegen, 1970) was educated at the Design Academy in Eindhoven, HKU in Utrecht and the Academy of Fine Arts in Athens. He has several light art projects in public space to his name. The lighting designer is known for his Jelly-Lights, which are also shown in the movie 'Oceans 13'.