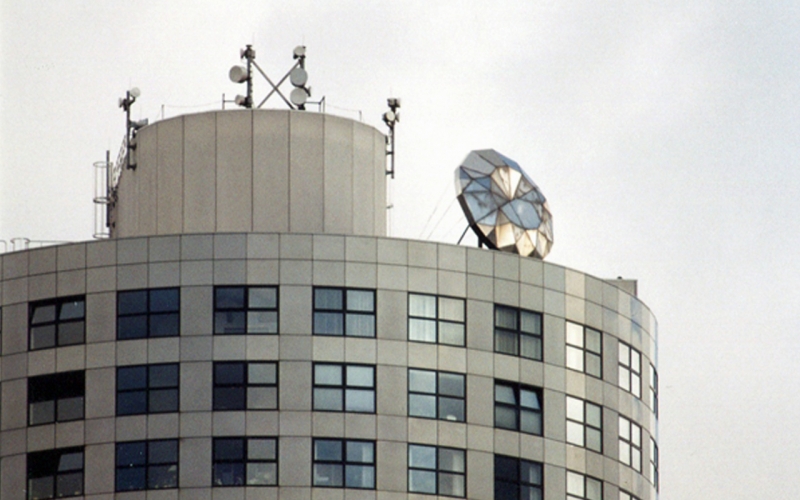 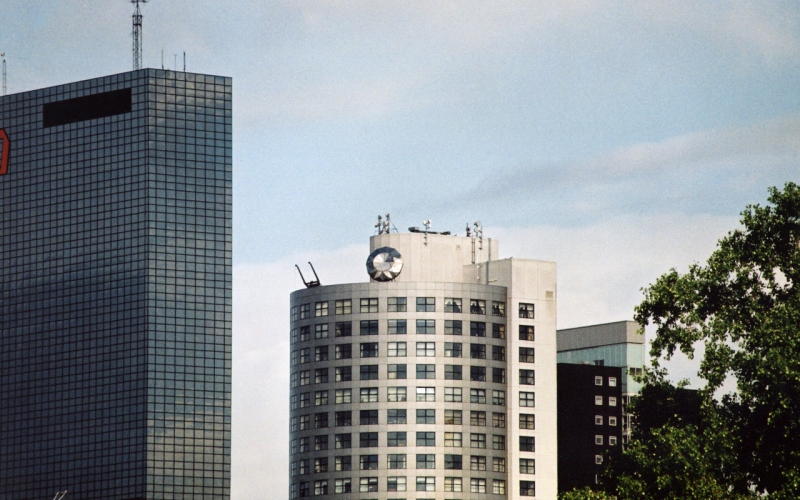 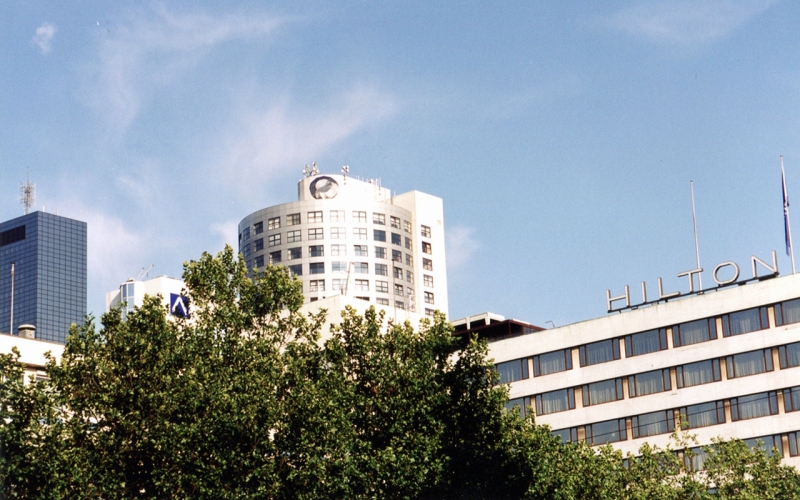 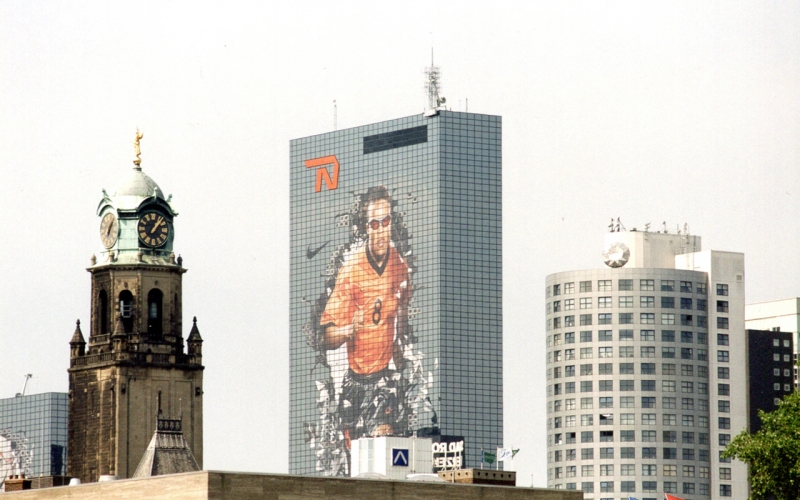 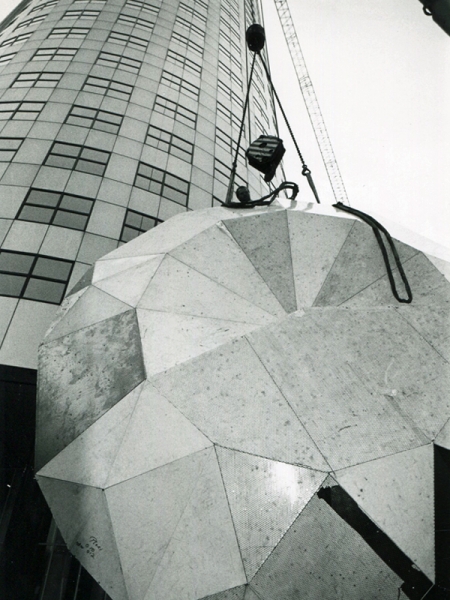 On the roof of the 106 meter high Weenatoren is a work of art by the German Matthias Wagner K. The work of art is called Diamond† A four-metre diamond-shaped stainless steel construction rests on the edge of the roof. Perforated facets illuminate the shape from within, reflecting the light and making the shape shine like a real diamond. The artwork makes the building recognizable from afar day and night. The Weenatoren was officially opened on 7 March 1991, designed by Klunder Architecten. Wagner K was still an artist at the time; later he became a curator and later director of the Museum Angewandte Kunst in Frankfurt. Around 2020, the artwork was removed from the roof by the association of owners of the Weenatoren.

The German Matthias Wagner K (Jena, 1961) has been director of the Museum Angewandte Kunst in Frankfurt am Main since 2012. In the 80s he studied painting in Cologne. In 1992 he started giving guest lectures and after that he developed more as a curator, author and organizer of exhibitions. He has curated exhibitions on the cultural history of light and its use in the art of the 20th and 21st centuries and is considered a specialist in Nordic art and culture.