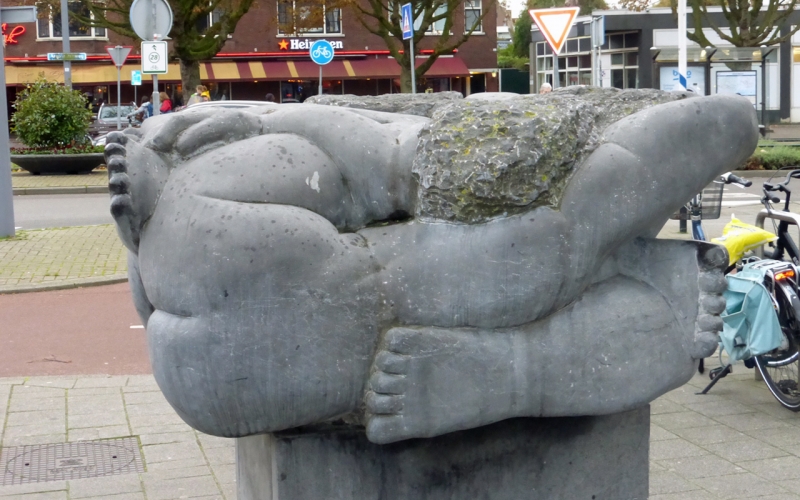 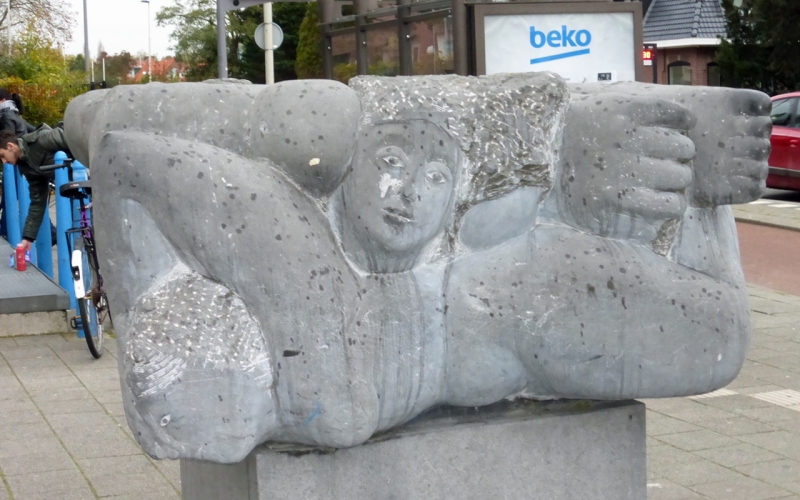 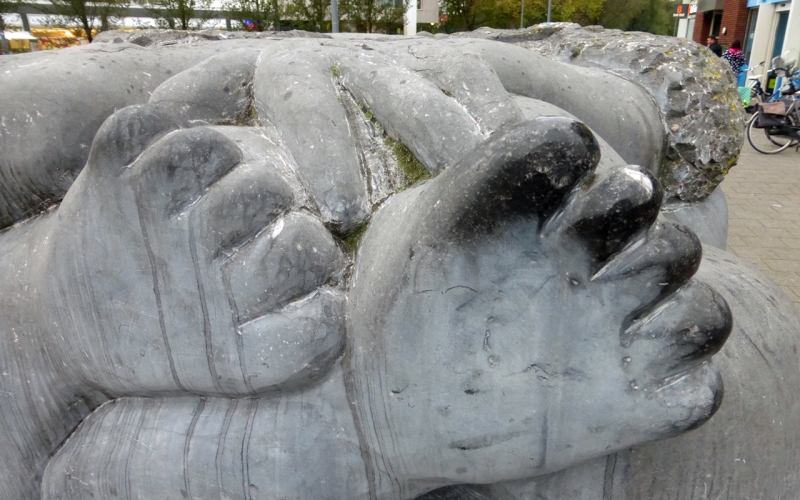 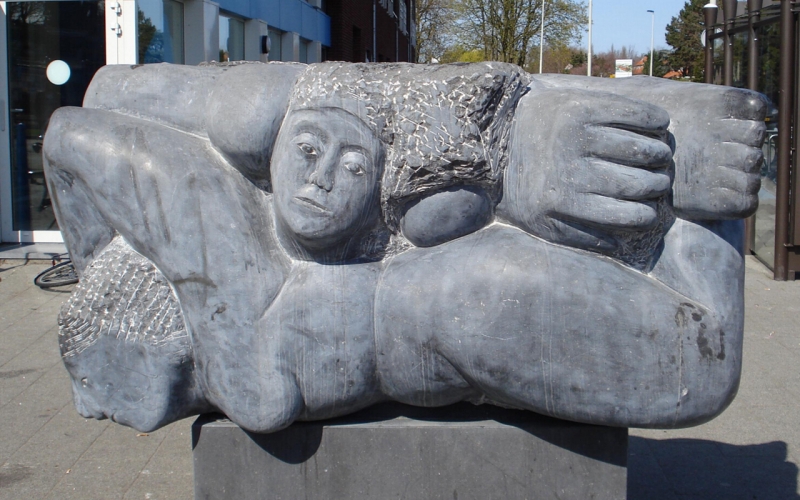 Since 2008 there is a black rectangular shape of stone on the corner of the Argonautenweg and the Grindweg in Hillegersberg, in which three reclining women are depicted. The statue is an ode to the Zwarte plasje, a natural swimming pool in Hillegersberg that originated around 1920 and that many local residents have memories of. Hence the image made by Francien Valk's title Three Graces of the black puddle has. The three Graces were three sisters from Greek and Roman mythology, who represent beauty, joy and blossoming happiness. Sculptor Valk's themes consist of people, animals, nature and mythology. She sees a clear relationship between the stone in which she sculpts - an old material that comes from nature - and the figurative representation she makes in it. She depicts the connection between the present and a prehistoric past through a visual language in which she is inspired by both the angularity of the material and by mythological stories. The Three Graces of the black puddle was commissioned by project developer William Properties for the construction of Bergsteyn, that is the underlying residential and shopping complex designed by 01-10 Architects and delivered in 2008.

With references to prehistoric cave paintings and to sculpture from non-Western cultures, Francien Valk (1954) developed a sculptural oeuvre of human and animal figures, carved from stone, whereby the original rectangular shape of the block of stone often remains and whereby the limbs, with a certain coarseness à la Maillol, bending towards this framework.