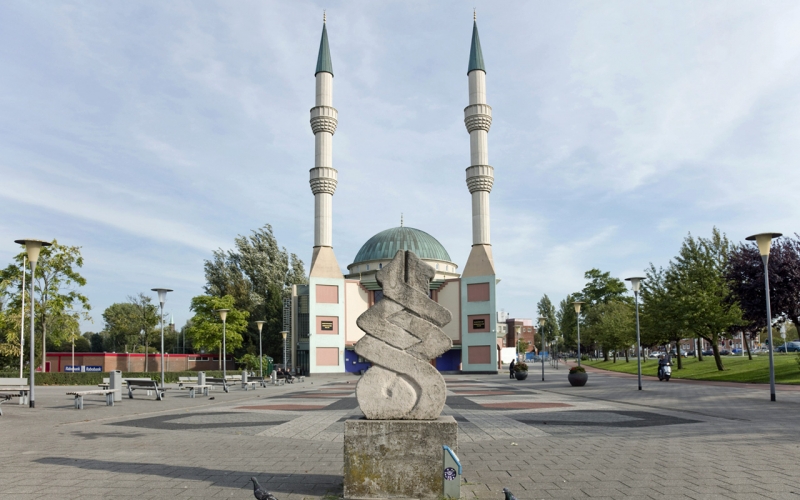 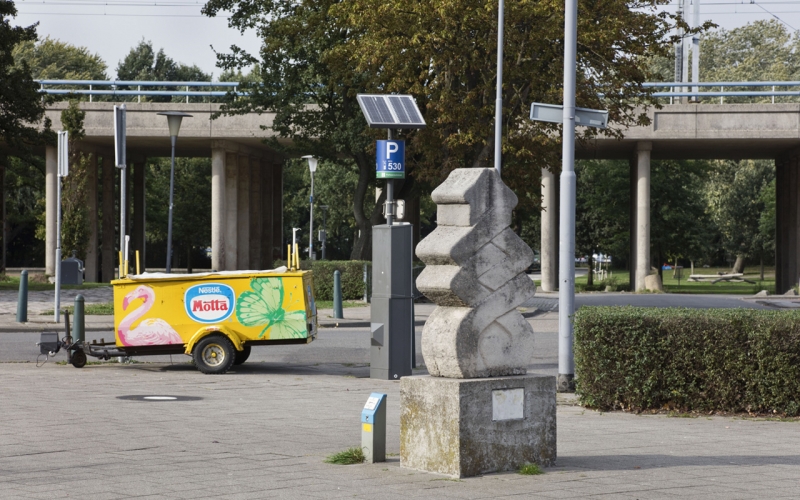 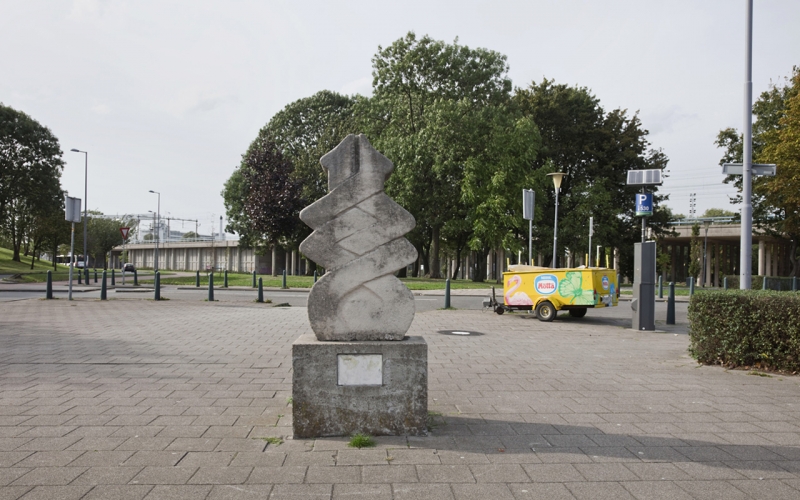 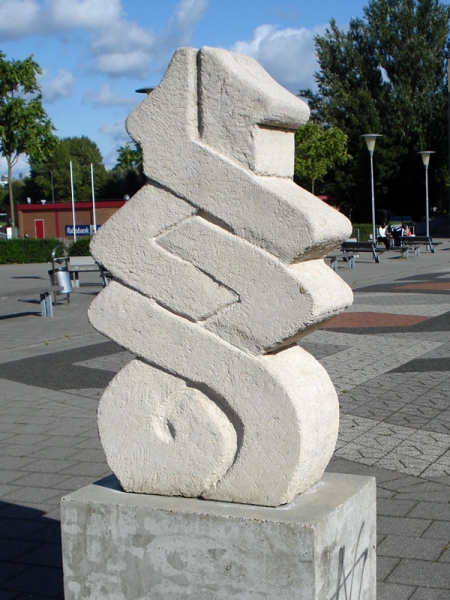 Since 2001, the Mevlana Mosque has been located in Rotterdam West. The building has a large dome roof and two 42 meter high minarets. There is a square in front of the entrance with a black and red motif. Since 2004, there is a stone sculpture on a square base at the head of this square. The sculpture has the title Unit and was made by sculptor Abderrahim Chawki. He makes images based on Arabic script: he converts characters into images. For example, he investigates the relationship between language and image, and the relationship between earth and his native Moroccan language. As a stonemason, he makes images for public space, combining traditions of Eastern calligraphy with Western art. The image thus embodies the bridge between cultures and strives for unity.

Sculptor Abderrahim Chawki (Casablanca, Morocco, 1951), who lives in Utrecht, is active throughout the Netherlands creating sculptures in public space, inspired by Arabic signs. He has lived in Utrecht since 1970, where he studied Monumental Design at the Academy of Visual Arts. After that he followed a study as a sculptor. He works in stone, a craft that is rare in the Netherlands. In his work he establishes a relationship between his mother tongue and image.