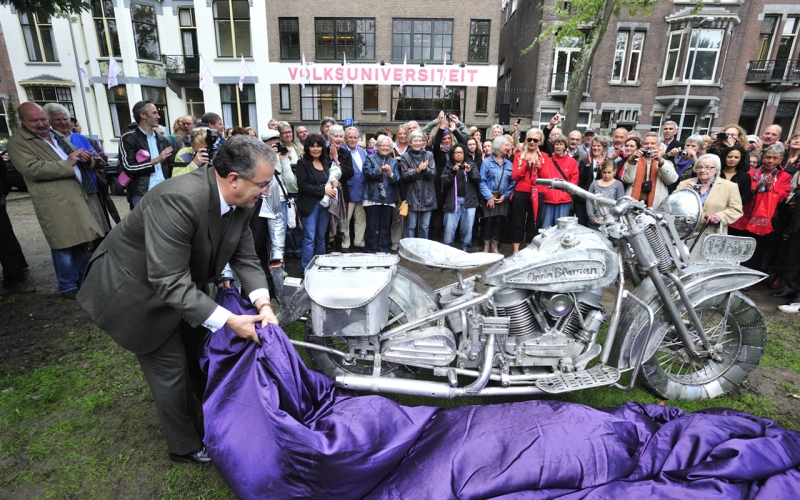 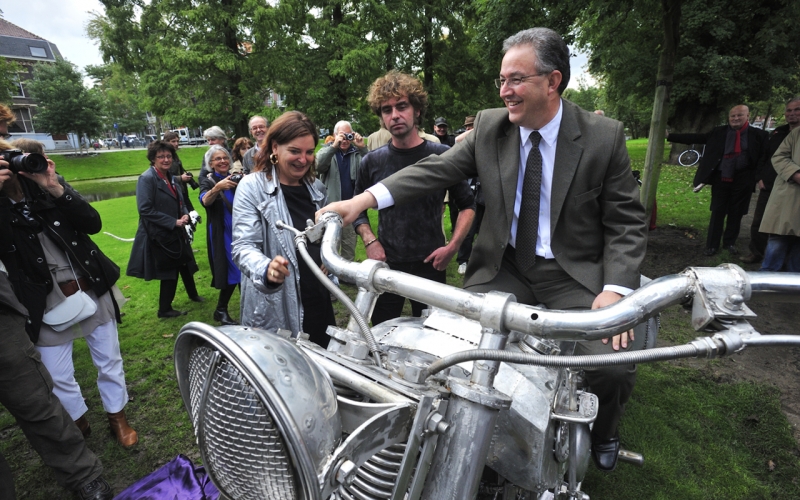 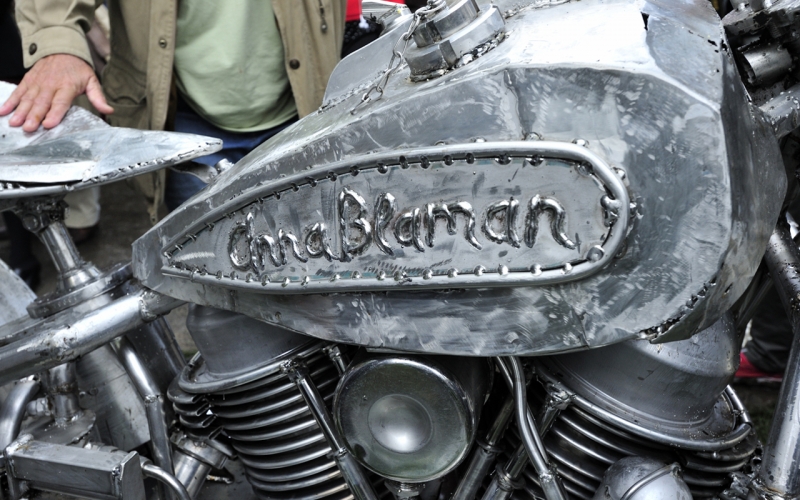 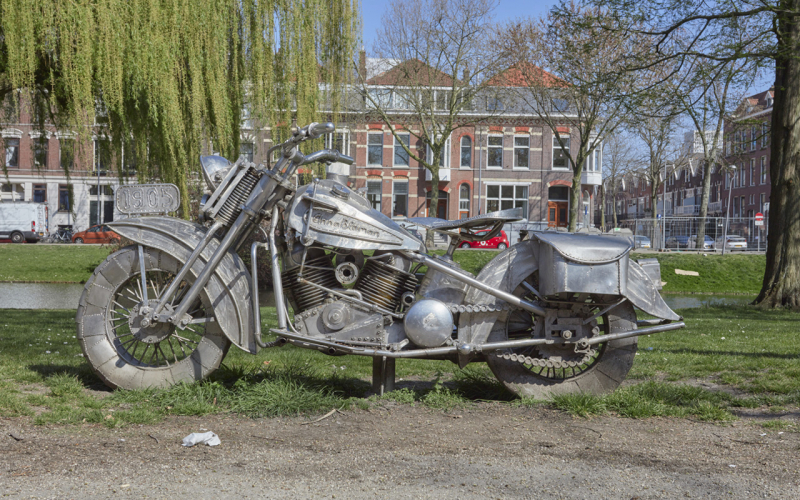 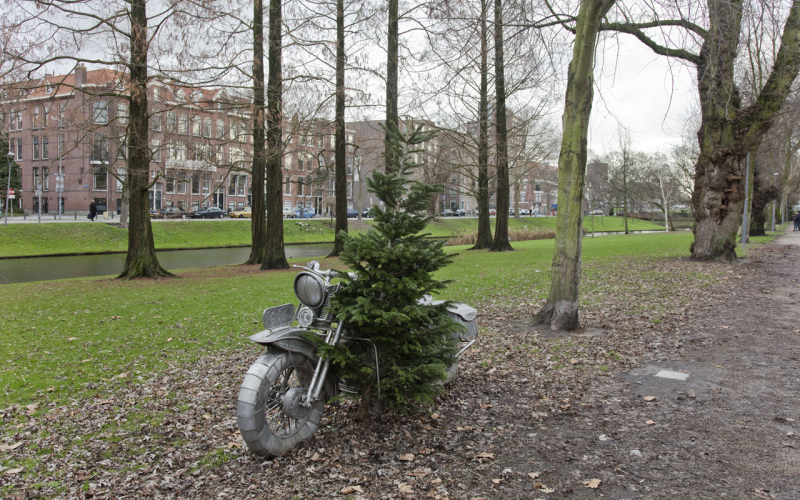 Visual artist Maria Roosen has developed the monument to Anna Blaman in collaboration with the metal specialist Arild Veld. Blaman (Ben Liever Als Man) is a pseudonym of Johanna Petronella Vrugt (1905 - 1960). This free-spirited writer wrote openly about her lesbian relationships. In 1956 she was awarded the PC Hooft Prize. In her time she was a striking figure in the city, riding her motorcycle. The memorial was prompted by the fiftieth year of Blaman's death in 2010, also named 'Anna Blaman Year'. The monument is located near the former home of the Rotterdam writer. As a souvenir, a portrait of her made by Atelier Mineur was placed on the facade, which together with the engine was festively unveiled on September 10, 2010. The engine is very detailed, which gives the impression that you can get on your way. to drive. Inscriptions such as 'Anna Blaman', '1928-1960' and 'Lonely Adventure' can be found at various places on the bike. Lonely adventure. Monument to Anna Blaman is a very touchable, loved and photogenic object. Click here to see the photo shoot 'Motormomenten', made by local resident and artist Judith van den Berg. She looks at the monument from her office and is fascinated by observation and behavior. In 'Motorcycle moments' you see people who show special behavior on and around the motorcycle. Roosen and Van den Berg are collaborating on the book 'Eenzaam adventure en other stories'.

Maria Roosen (Oisterwijk, 1957) was educated at the Academy of Visual Arts in Arnhem. In the past she has been awarded the Wilhelminaring (2006) and the Singer Prize (2009) for her entire oeuvre. Her work can be found in many museum and corporate collections in the Netherlands and Belgium. In addition to exhibitions, she has also carried out various art commissions for (semi-) public space.