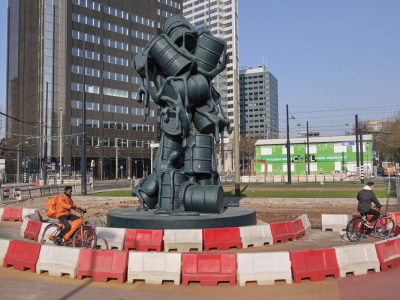 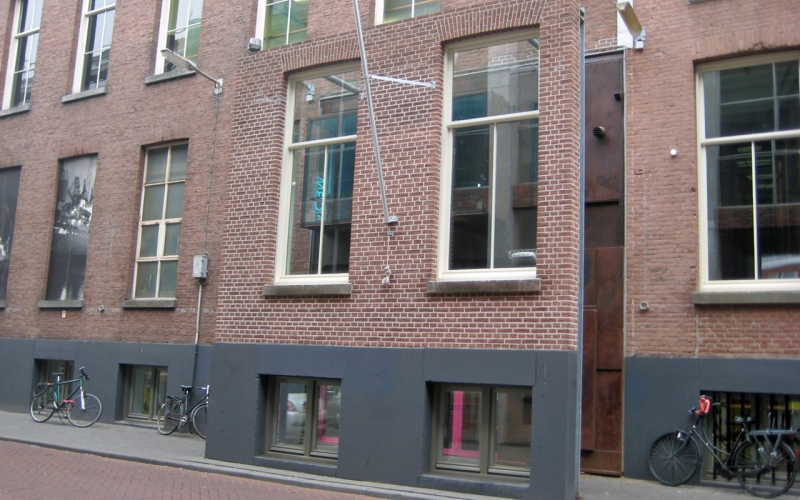 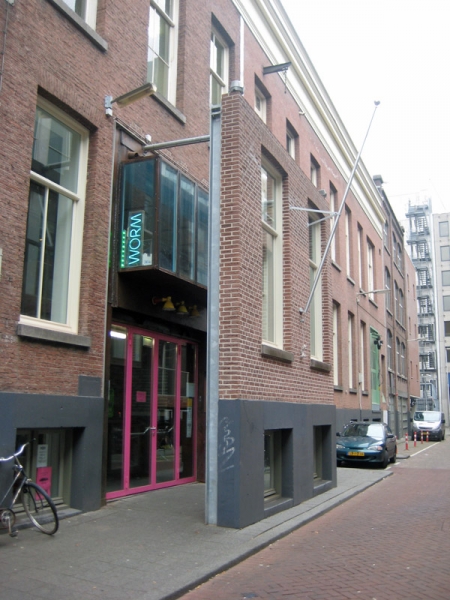 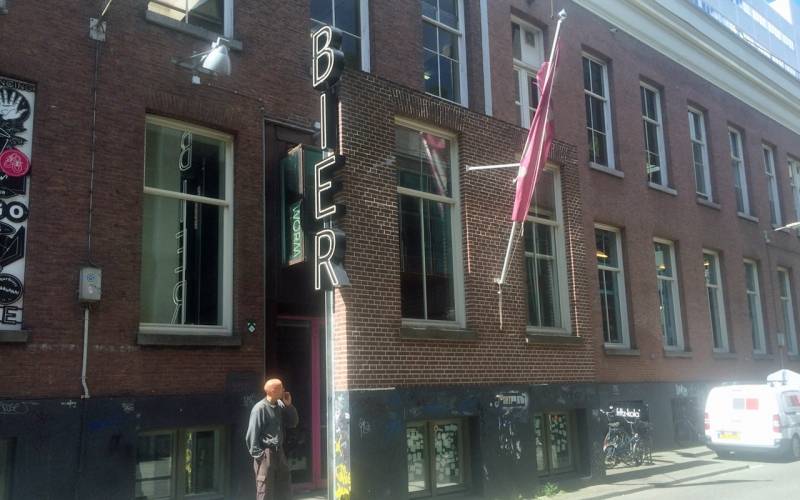 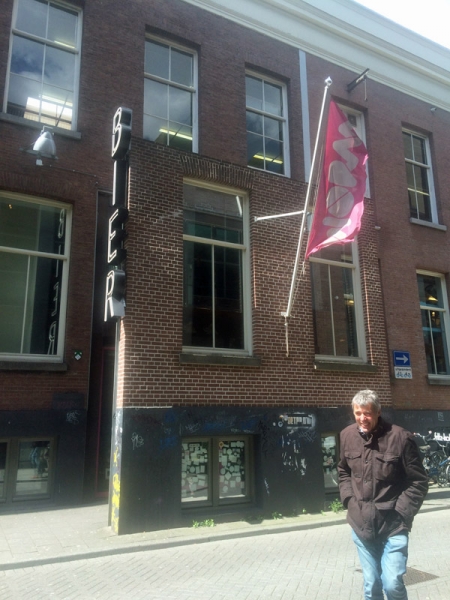 De WORM entrance has been a collaborative project of Atelier van Lieshout with 2012 Architecten. Van Lieshout's designs often consist of a combination of architecture, design and sculpture. His functional way of designing is also reflected in the entrance of WORM. A special feature of this project is that it has been completely realized from recycled materials, including from the old building of WORM and the Tropicana swimming pool. The facade, which stands loose on the sidewalk, is a municipal monument. Because in the original situation too few people would fit through the door during busy concerts, part of the facade was cut out and moved forward. Behind it a new entrance has been created. The design fits well in its environment and can be seen as an example of creative use of space and 'superuse'. The latter is due to the collaboration with 2012 Architects, who designed the main shape of the building. Because part of the original facade is placed forward on the sidewalk, the new design of rusted steel is only really visible when you stand between the old and new facade. This intervention seems to be a good solution for the preservation of cultural heritage while at the same time enabling experimentation and innovation. The project clearly shows what WORM stands for as 'Institute for avant-garde recreation.'

Joep van Lieshout (Ravenstein, 1963) is an internationally renowned sculptor and designer, based in Rotterdam. With his collective Atelier van Lieshout, founded in 1995, he has renowned designs to his name. Van Lieshout often explores ethical boundaries with his work, as becomes visible through the long-term project 'Slave City'. Van Lieshout has been honored with various prizes, including the Charlotte Köhler Prize (1991), Prix de Rome (1992), Chabot Prize (1997) and the Wilhelminaring (2000).