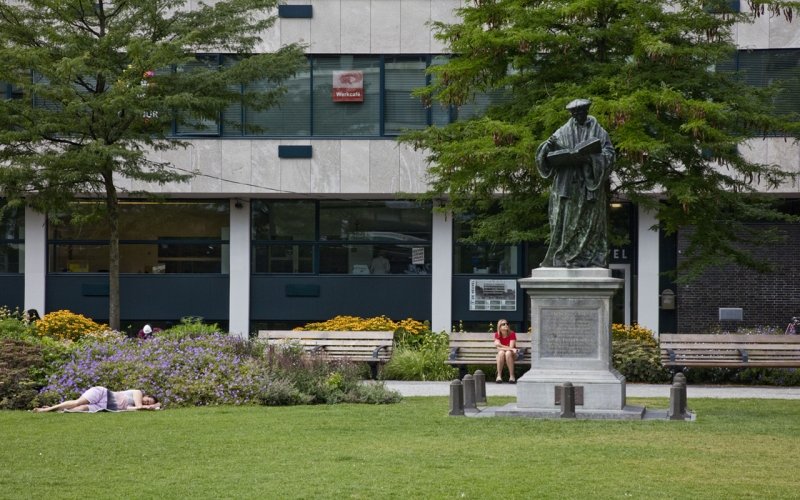 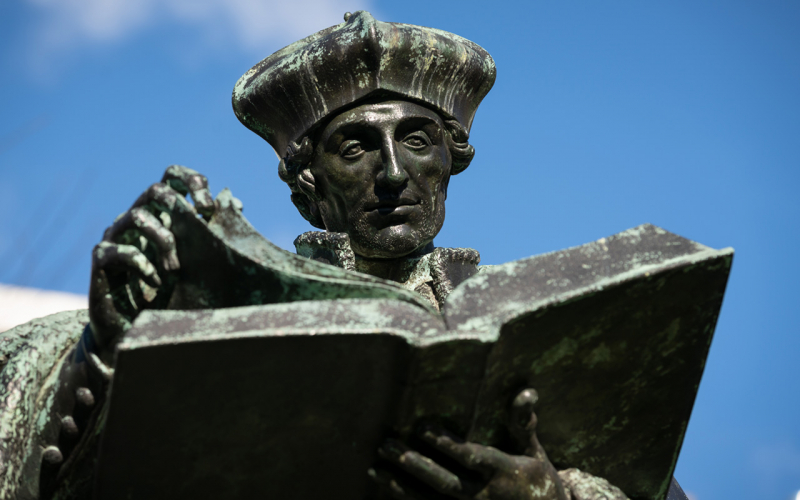 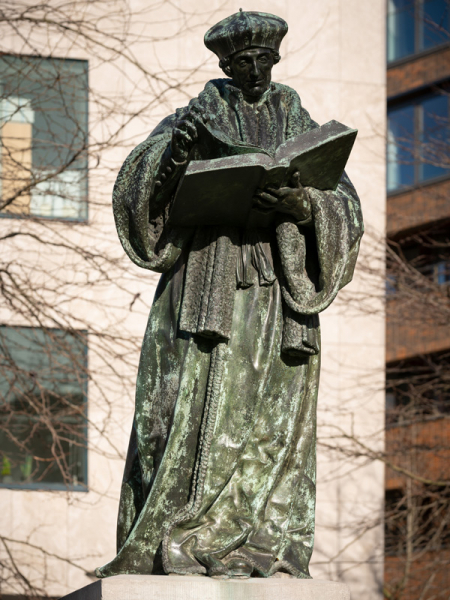 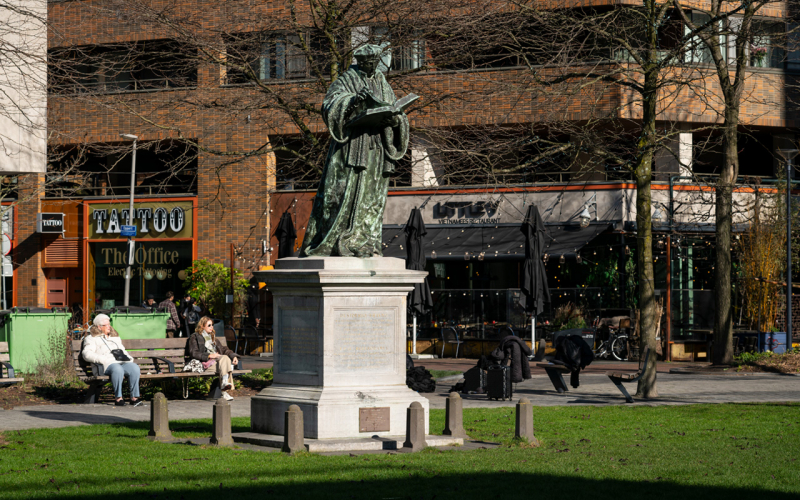 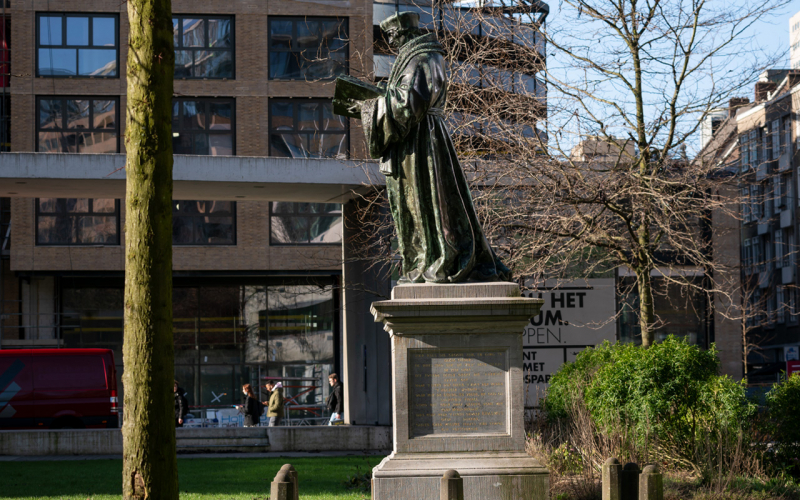 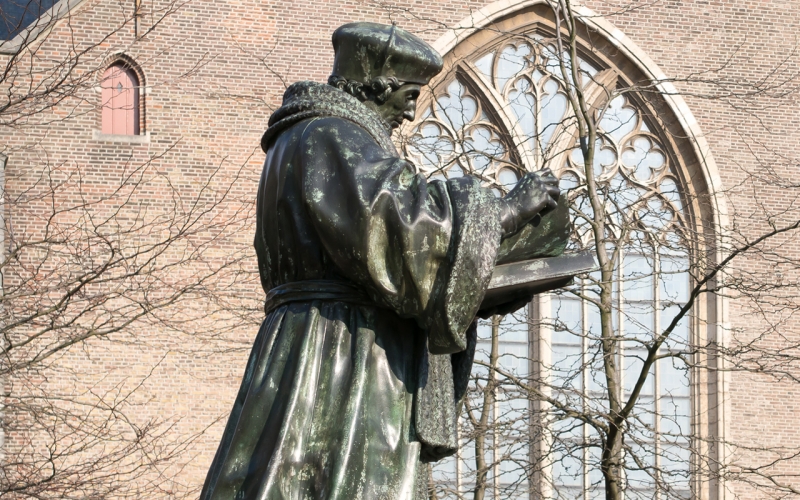 The statue of Erasmus is the oldest statue in the Netherlands. Erasmus was one of the most important representatives and pioneers of the Renaissance in Northern Europe and in 1509 wrote the book “Lof der Zotheid”. Erasmus was born in Rotterdam and called himself Erasmus Roterodamus - Erasmus of Rotterdam - and became a symbol of the Maas city. Hendrick de Keyser most likely made the design for the bronze statue of Erasmus on the basis of portrait paintings and drawings, which were made during his lifetime, including by Hans Holbein the Younger. The clothing as well as the look and the attitude, reading with hands on a thick book, correspond with this. Together they portray the man as a humanist. The bronze statue is more than life-size and is also raised far above the viewer by the two-meter-high plinth. The slight bend in his robe makes it look like Erasmus progresses while reading. His left hand supports the large book in which he is reading, with his right hand he turns a page. De Keyser received the commission for the statue in 1618. The statue was placed on the Grote Markt in 1622 and remained there until the bombing of May 1940. It survived the attack and was buried in the courtyard of Museum Boijmans Van Beuningen, where the remained until after the liberation in 1945. After that, the statue stood on the Coolsingel in front of Dudok's Erasmusflat, but it was taken back to the Boijmans van Beuningen Museum when a metro was built. Then found Erasmus another place on the St. Laurensplaats, now called the Grotekerkplein. On the night of November 21 to 22, 1996, the statue miraculously fell. This resulted in a discussion about the placement of the statue. For the time being it has its back to the Laurenskerk, but in the longer term it will be examined whether the image will get a more evocative place in the city.
For more information: Sculpture International Rotterdam

Hendrick de Keyser (Utrecht, 1565 - Amsterdam, 1621), son of a Utrecht master furniture maker, received his training with the Utrecht architect and sculptor Cornelis Bloemaert. When Bloemaert left for Amsterdam in 1591, De Keyser followed him. Soon after his establishment in Amsterdam, he started working independently. In 1594 or 1595 he was appointed as the official stonemason and builder of Amsterdam. In this position he, together with bricklayer Cornelis Danckaertsz and carpenter Hendrik Staets, was responsible for the sculpture on all public buildings in Amsterdam. He worked on the tomb of Willem de Zwijger in Delft.