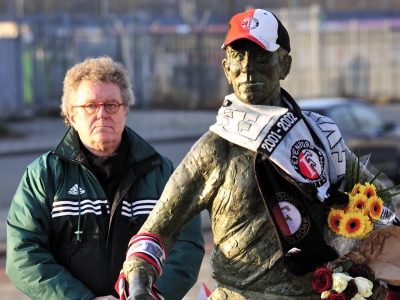 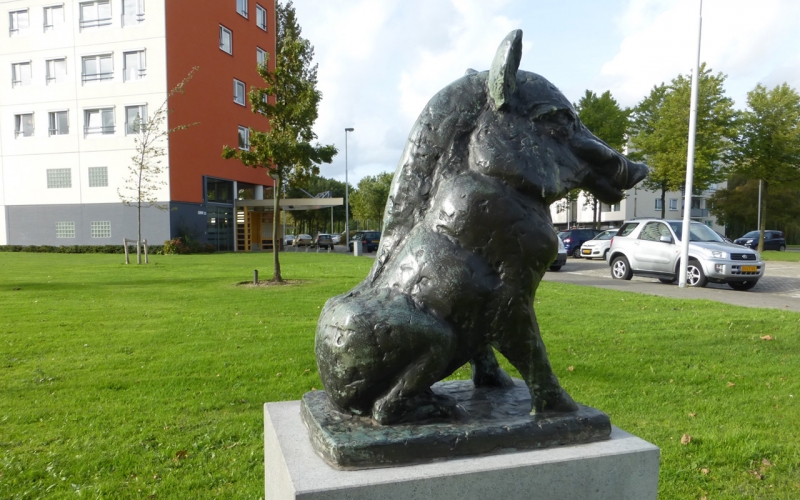 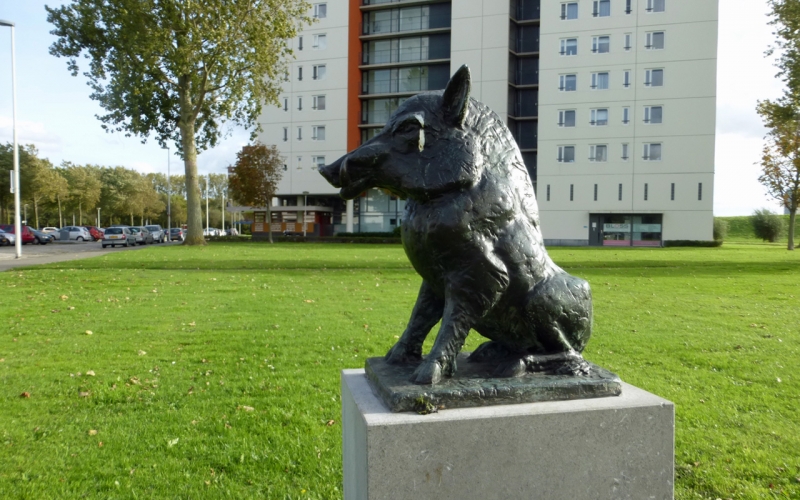 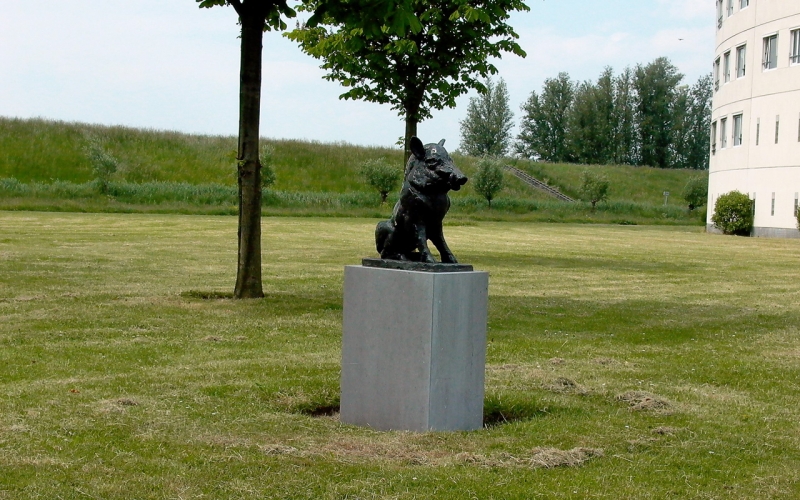 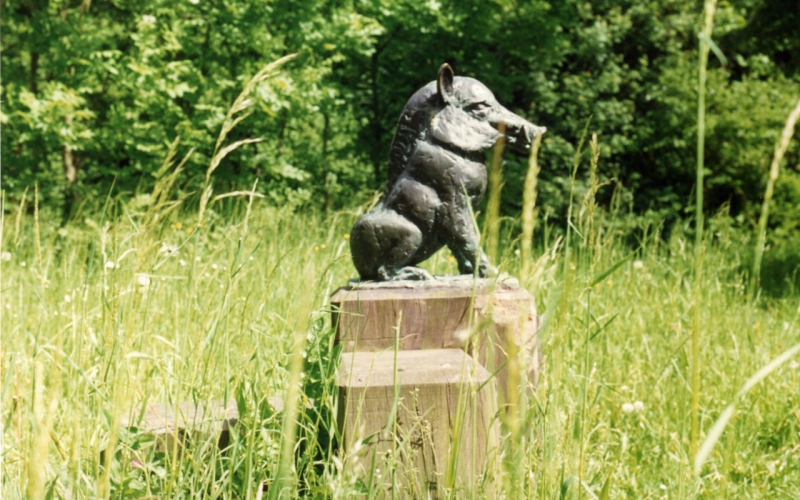 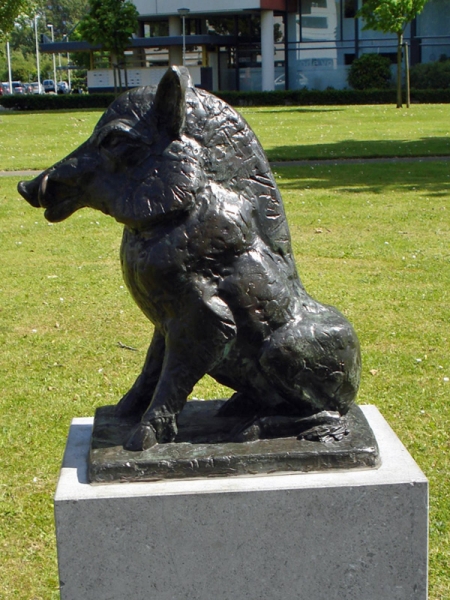 A figurative image of a seated pig carries the text: Heemtuin, thanks in part to 75 year of Shell refinery. Shell donated the statue to Hoogvliet in 1977 on the occasion of its 75th anniversary. At the same time, Shell made an amount available for the construction of the nature garden. The animal stood on a wooden base and symbolizes the return of the primeval inhabitant of Hoogvliet. Waakop Reijers makes figurative sculptures, often animal and human figures. The statue was stolen in 2000. The then borough offered a reward of 1.000 guilders for the honest finder. On April 22, 2004 it became Wild boar unveiled in its new location on the lawn between the apartment buildings of Park Vossendijk.