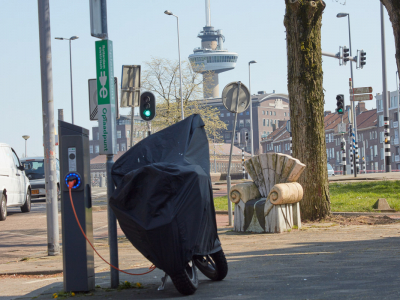 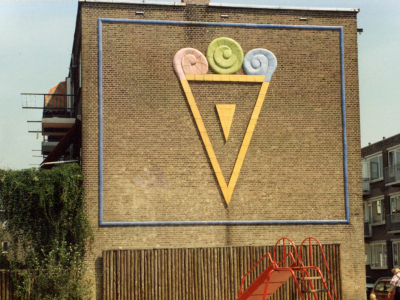 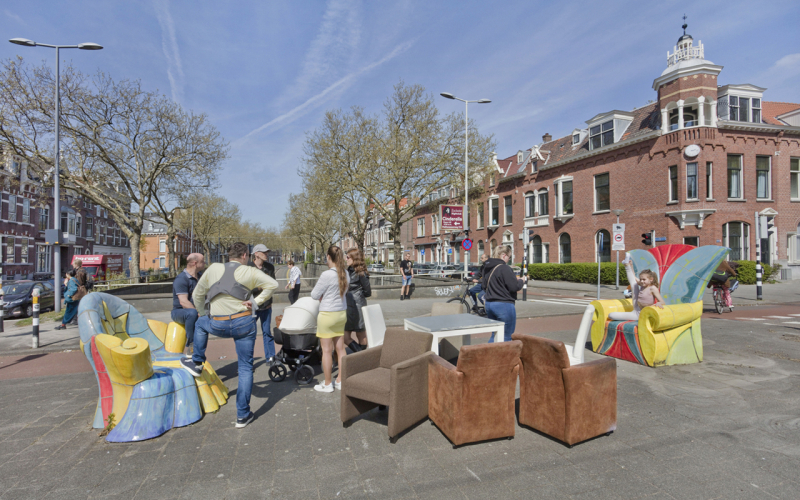 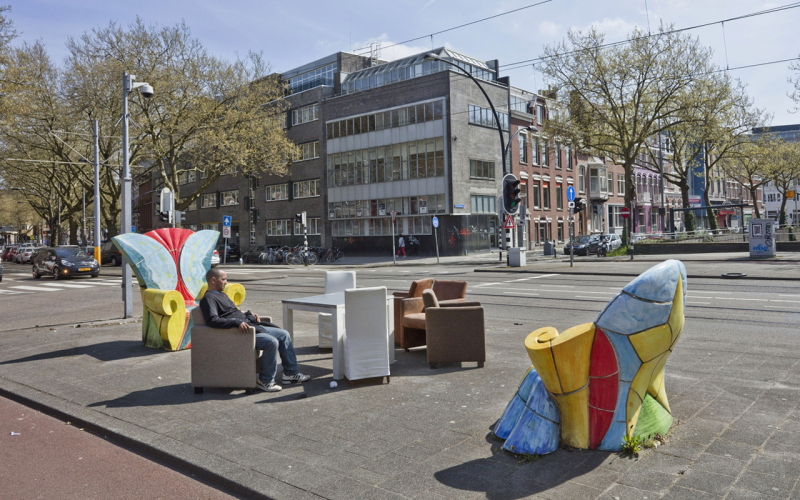 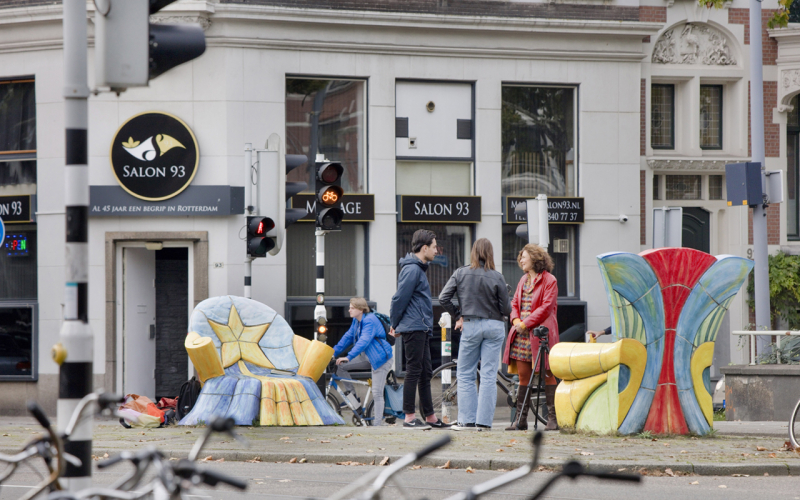 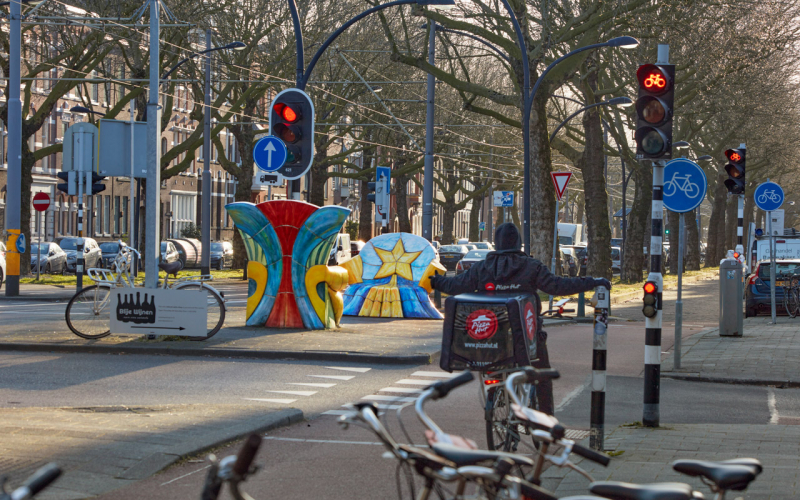 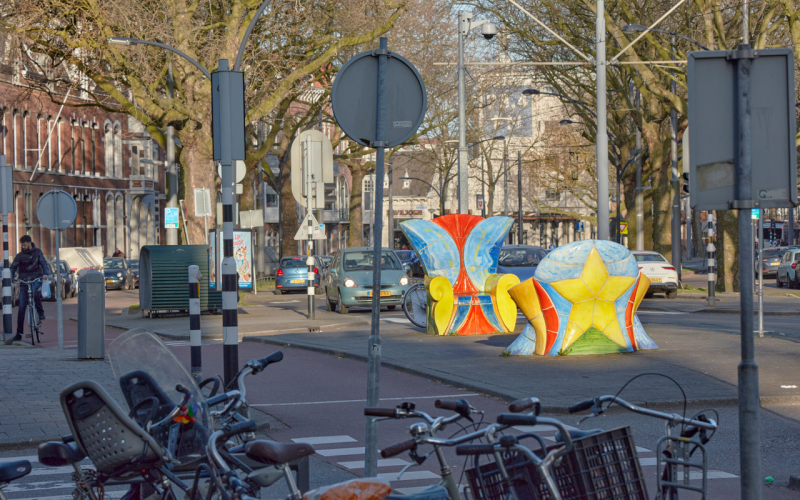 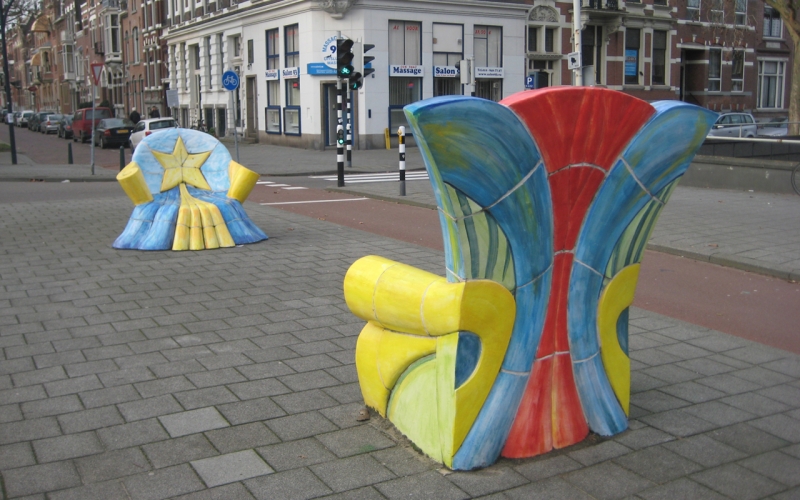 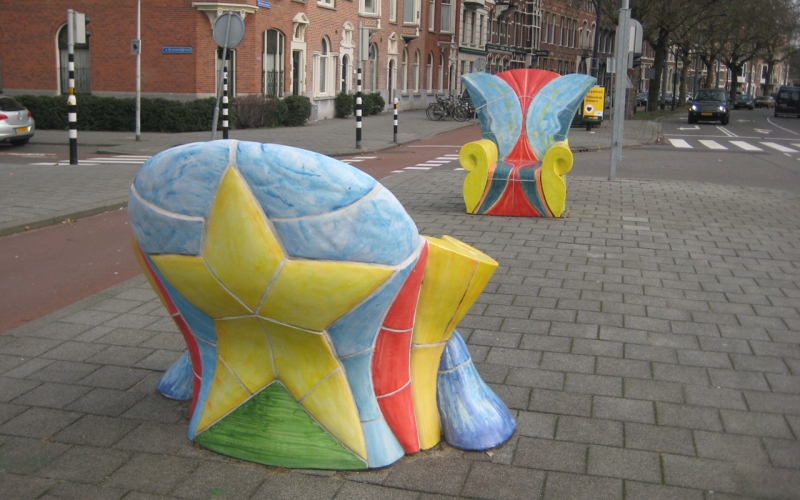 On Wednesday December 2, 2009 these two became Armchairs by Dora Dolz unveiled on the 's-Gravendijkwal. There, at the intersection with Mathenesserlaan, lies an inconspicuous mini square, between all kinds of traffic lanes and cycle paths. The local residents' organization BOOG needed a positive counterbalance to the traffic nuisance, shadowy restaurants and addicts in the neighborhood. They knocked on the door of CBK Rotterdam after they had been in contact with the artist Dora Dolz, who unfortunately even before the placement of the Armchairs died. The plan was to place two brightly colored Dolz chairs on this crazy square, which invite to a dialogue. The work of art symbolizes the hope of covering the tunnel route, which the residents are committed to. This may create a place to stay with greenery in the future.