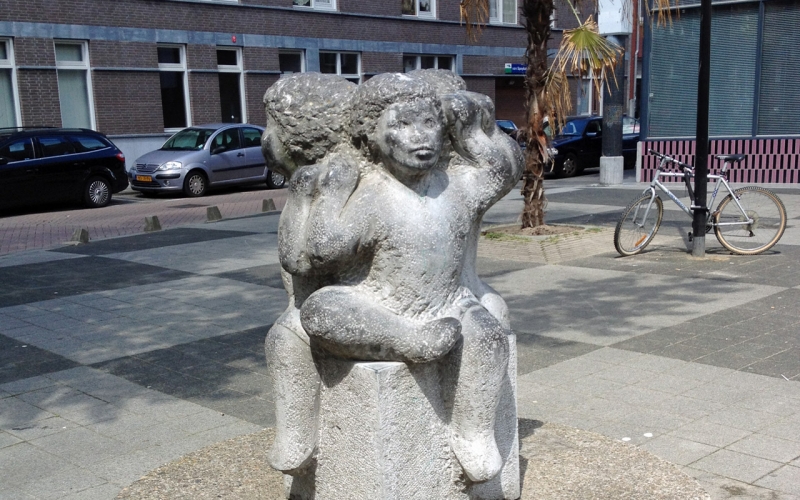 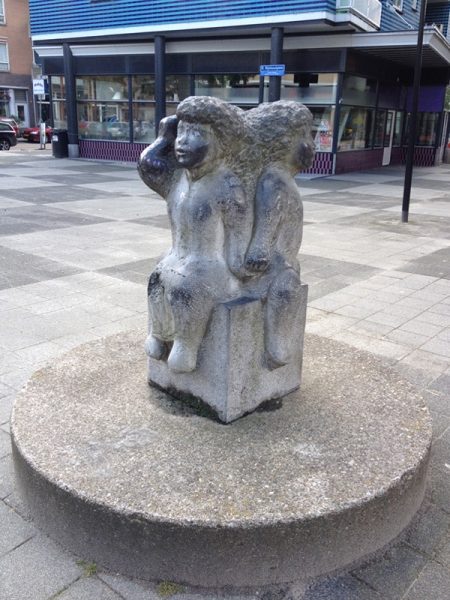 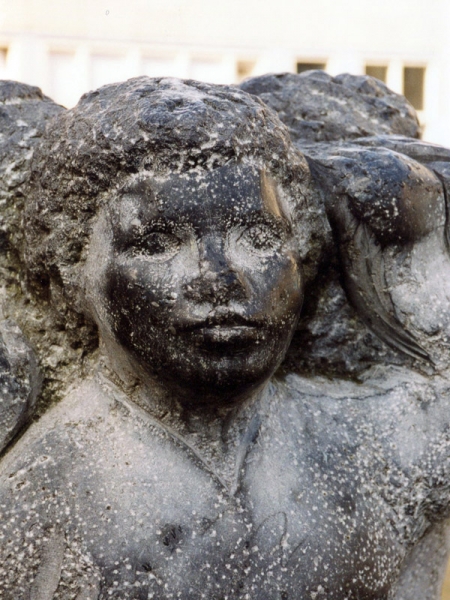 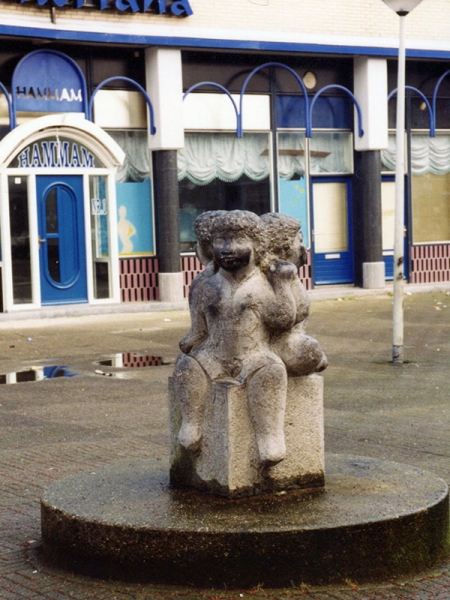 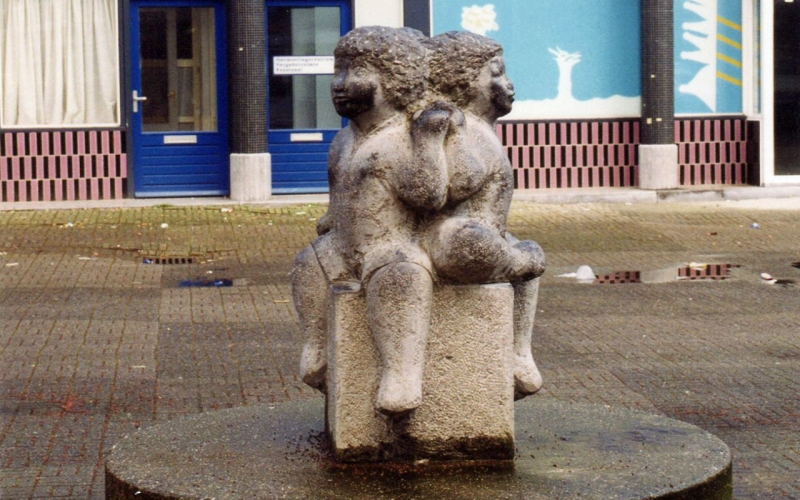 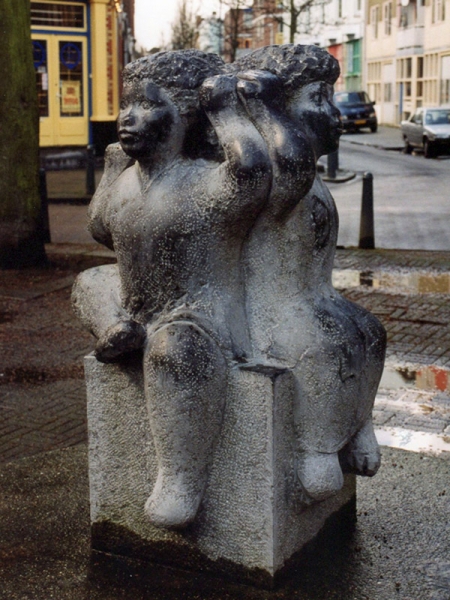 On a round elevation in the middle of the square is a square base, on which three female figures sit with their backs facing each other. As a modern implementation of the classical theme of the three Graces, their gaze covers the entire square. The three Graces were three goddesses, symbolizing beauty, grace and joy. The Graces were three daughters of the supreme god Zeus and Eurynome. They were called Aglaia (gloss), Euphrosyne (cheerfulness) and Thalia (flowering). The Characters made by the Rotterdam sculptor Anton Geerlings consist of firm forms and have an almost childlike, simple representation.

Anton Geerlings (Rotterdam, 1923) is a Rotterdam sculptor with a studio first in Terbregge and later in Ommoord. He has been active since the XNUMXs. He was a student of David Bautz at the art academy in Rotterdam, and maker of animal and figure representations, mainly carved in stone. He contributed to the restoration of the Laurenskerk and in the XNUMXs he worked on making lantern consoles in Utrecht.