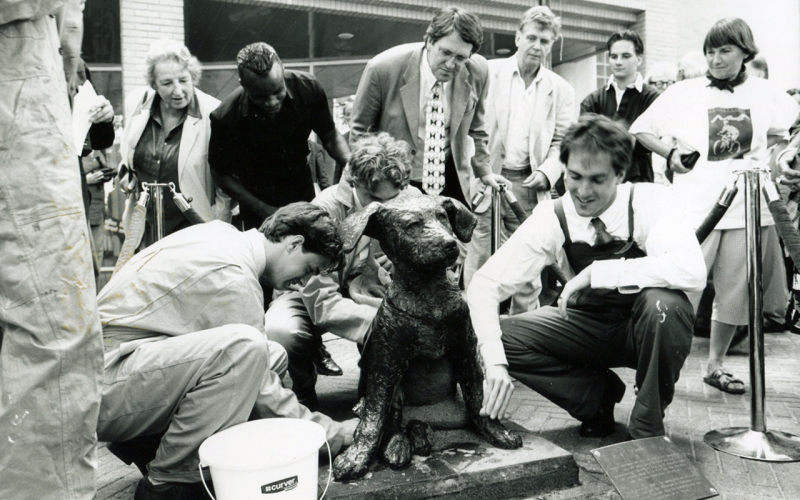 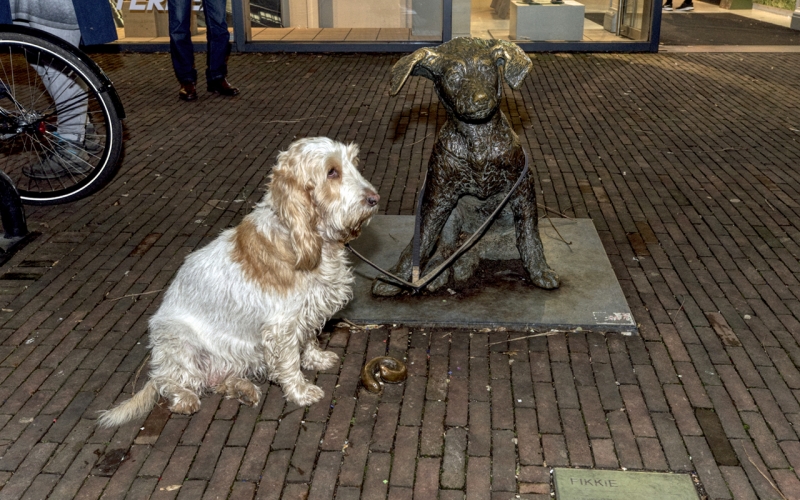 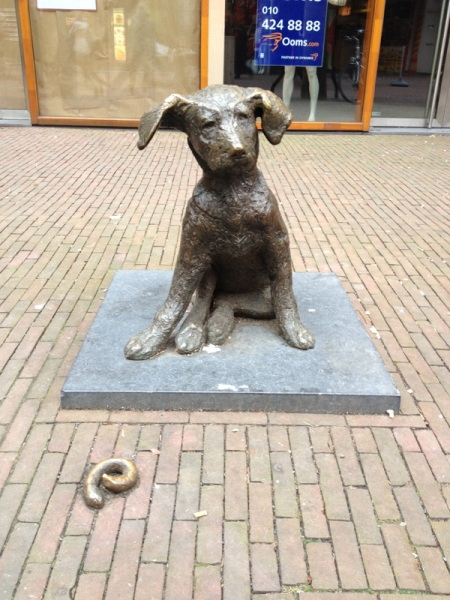 In 1963, the Rotterdamsch Studenten Corps (RSC) donated this statue at the tenth lustrum Fikkie by artist Joeki Simak to the municipality of Rotterdam. It used to be on the so-called Hermesplantsoen on the Westersingel. After the old tram house with its terrace and an old cannon was placed on this spot, it moved Fikkie in 1975 to the Oude Binnenweg next to café Timmer. The dog has been stolen or abducted three times over the course of time and returned to the police station just as often. In the context of the 'Rotterdam Schoon' campaign, artist Hans Citroen deposited a bronze turd for the dog. In 1999 at the 17e anniversary, the RSC has adopted the statue with the promise to clean and cuddle it annually. It is a popular image with the highest cuddiness factor of Rotterdam. In the summer months, a bowl of water is added by local residents so that dogs can drink there. Fikkie fits nicely in the ensemble of bronze statues on and around the Lijnbaan, such as the Reading girl and the Drum bearing.

Sculptor Joeki Simak (Budapest, Hungary, 1925 - Rotterdam, 2015) attended the art academy in Rotterdam, where she has continued to live and work ever since. She was active as an artist from the period 1940. Until her death on January 8, 2015, she lived in a retirement home, where her studio was also located. She says she made 'figure performances', in which people played an important role. Simak also worked with paintings, ceramics and graphics, depicting domestic scenes and panoramas, among other things. She was married to sculptor Huib Noorlander.