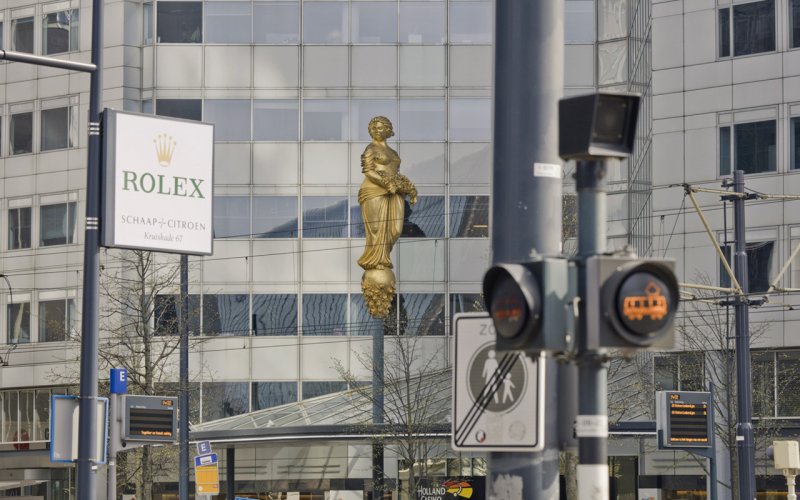 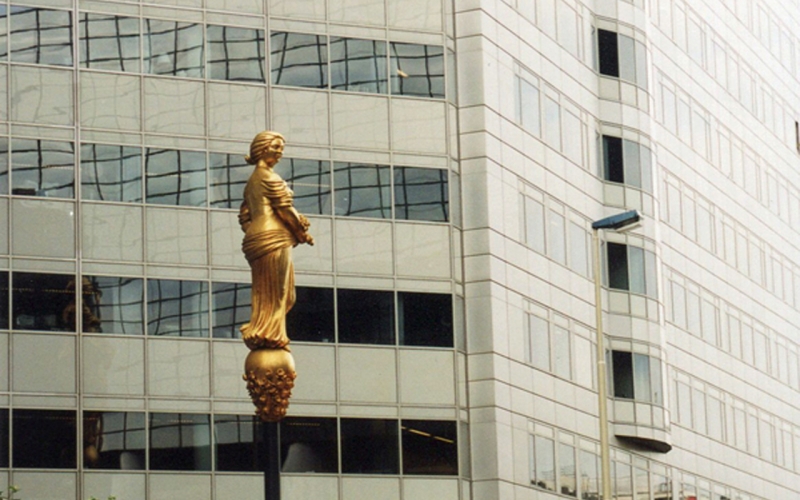 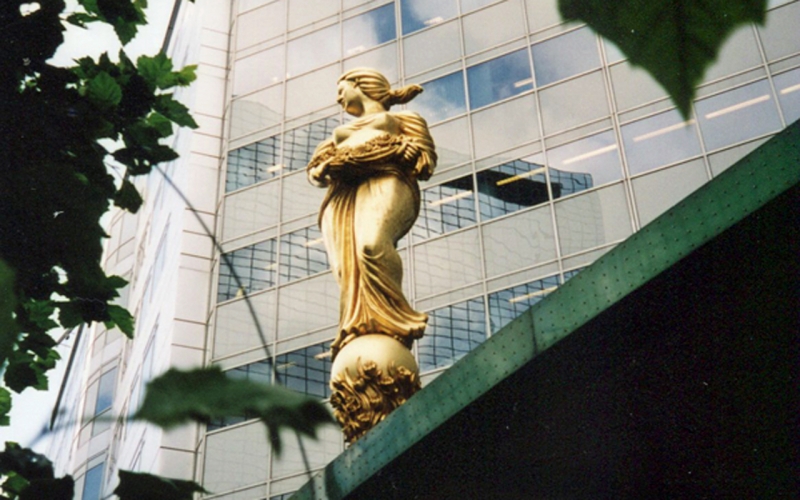 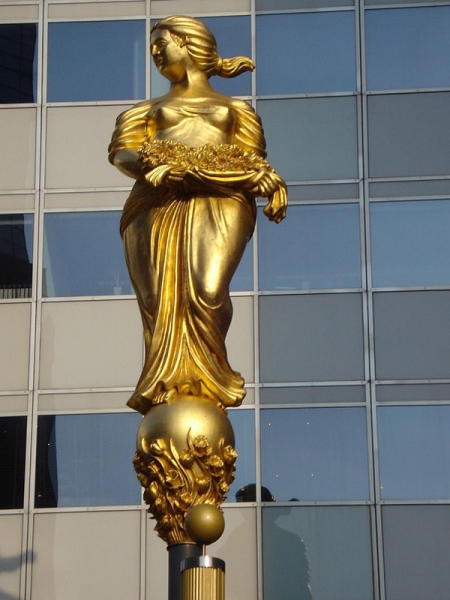 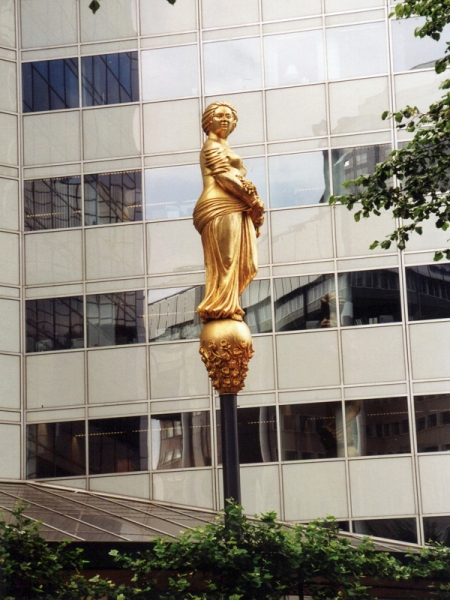 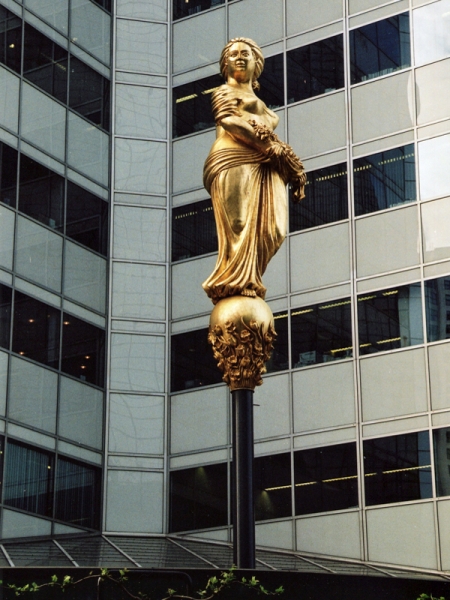 Flora was the Roman goddess of spring and flowers. Since 1992 there has been a gold-colored statue of this goddess on the Weena. The six meter high figure stands above the entrance of the Holland Casino and looks over her right shoulder towards Rotterdam Central train station. Flora was designed by architect and sculptor Theo Crosby. The image belongs to the multifunctional building Central Plaza and was probably purchased via the percentage scheme, a scheme whereby 1 to 1,5% of the total building sum was spent on visual arts.

Theo Crosby (South Africa, 1925 - London, 1994) was an architect, writer, designer and sculptor. He graduated as an architect in Johannesburg and then moved to England. He was one of the most influential and creative people of his generation in design and architecture. In 1972 he was one of the founders of the largest independent design studio in the world, Pentagram. As an architect he drew the design for the rebuilt Globe Theater in London.