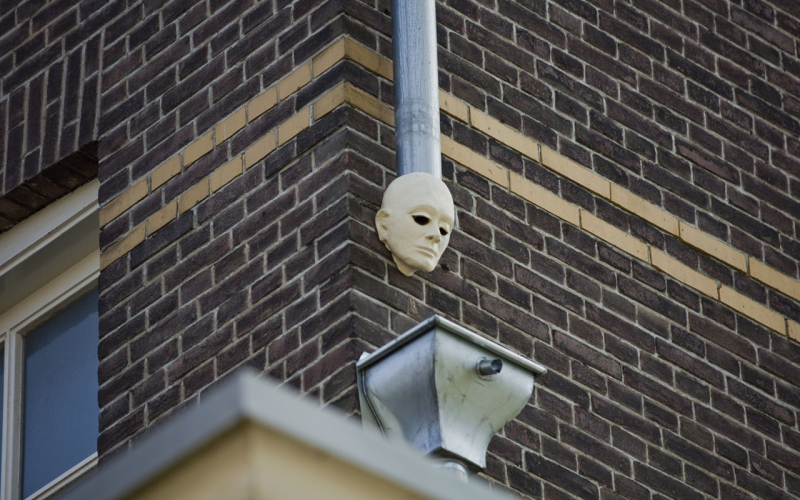 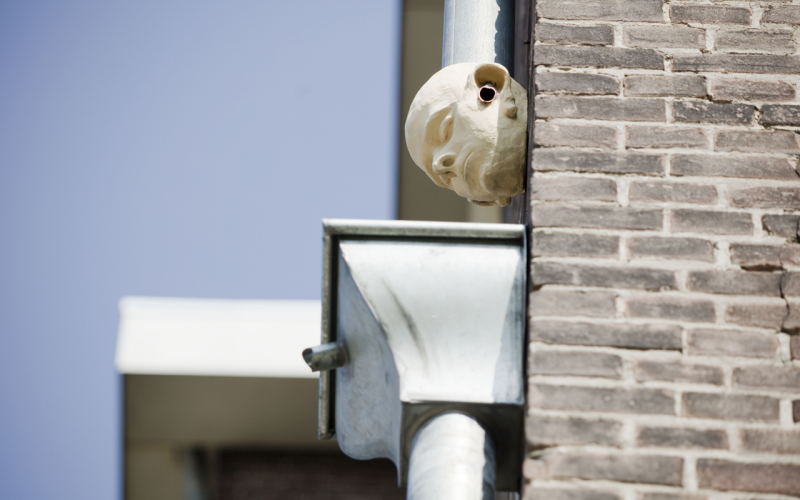 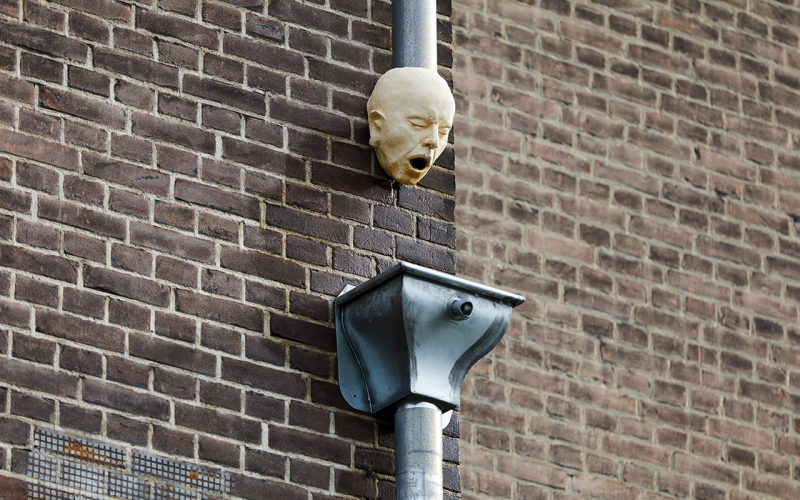 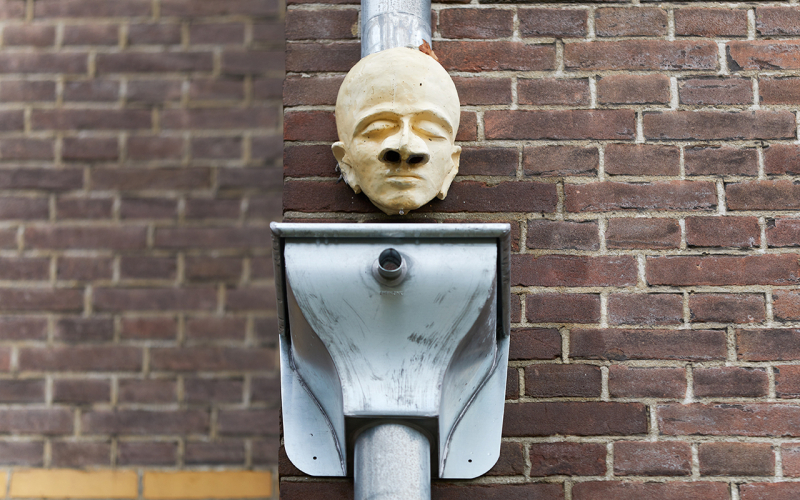 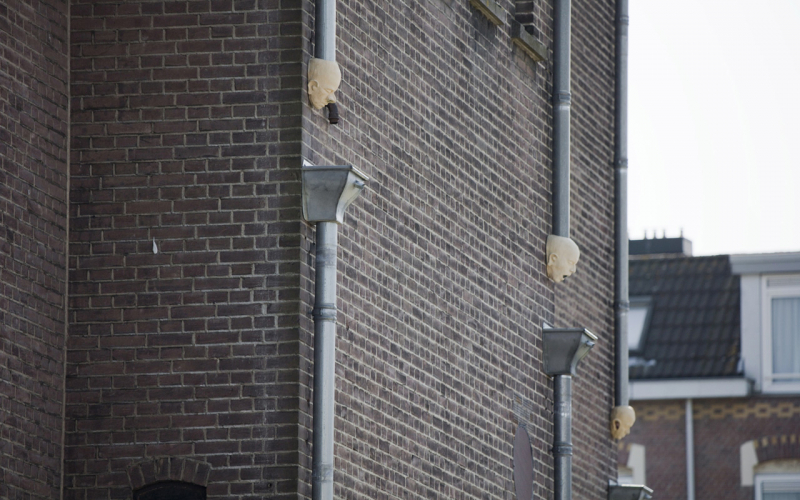 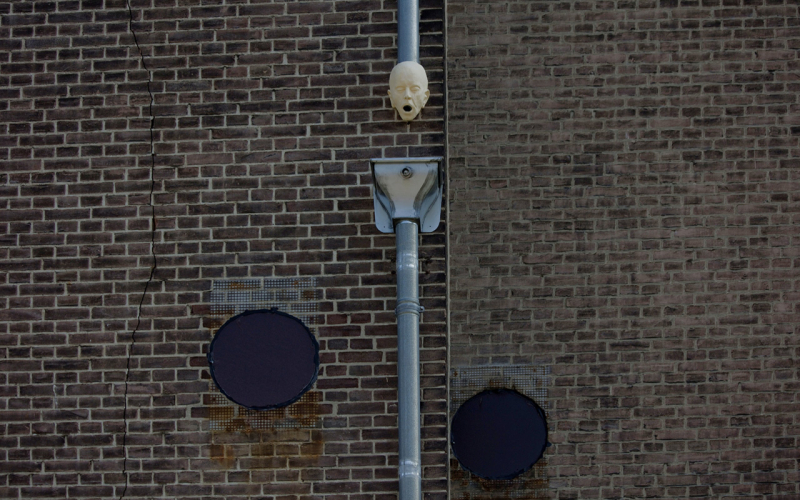 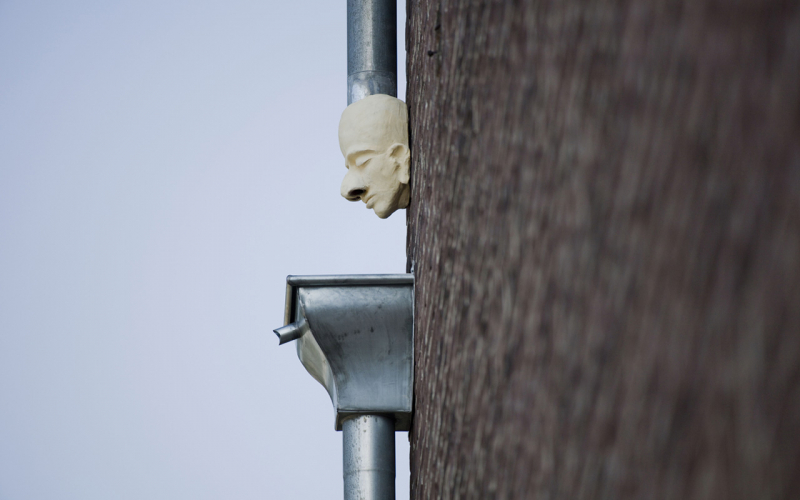 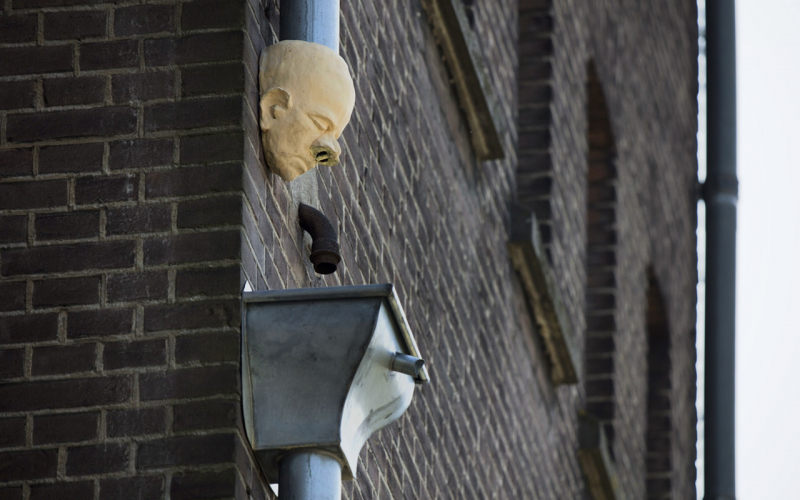 In 2019, BKOR and SKAR took the initiative to formulate an art commission in response to the completion of the new water square on Koningsveldestraat. At the time, both parties opted for a design by artist Diederik Klomberg, who previously also designed water objects, in collaboration with the municipality of Rotterdam. For this design, Klomberg went back to the creepy gargoyles that you often see on large churches. He made eight fairytale ceramic heads and placed them between the rain drains on the facade of the studio building of SKAR (Stichting Kunst Accommodation Rotterdam). These gargoyles either Gargoyles spit out the rainwater that ends up on the roof of the building. When it rains, the roof water from the studio building flows through the various heads via water pipes. One head spits through the eyes, the other through the mouth or nose, after which it is collected in the water basin hidden under the playground. There the water is stored until it is needed in dry periods. Diederik Klomberg about his work Gargoyles from Koningsveldeplein: “Since we have been dealing with droughts and water shortages as a result of the changed climate, it is imperative that we use the available water sparingly. Where there is a risk of too much water in wet times, we must regulate the drainage and possibly store the water for dry periods. Water is the most essential element for the human body. It nourishes, moisturizes, cools and cleans. Several liters flow through our body every day. With these eight gargoyles, the water not only comes from the mouth opening, but also from nostrils, eyes and ears. After all, when crying or sniffling, the water also leaves the face. The heads are made from molds cast from male and female models, and the enlarged body openings give them something caricatured.” On Sunday, October 3, 2021, the Gargoyles from Koningsveldeplein opened.

The Rotterdam artist Diederik Klomberg (Oisterwijk, 1963) studied at art academies in Kampen, Den Bosch and Maastricht. Since 1983 he has been active as a wall painter, photographer and installation artist. His work has been shown in various exhibitions at home and abroad. He also works on commission and has taught at various academies. In 2008 he designed a sundial for the Fascinatio district in Capelle aan den IJssel through CBK Rotterdam.