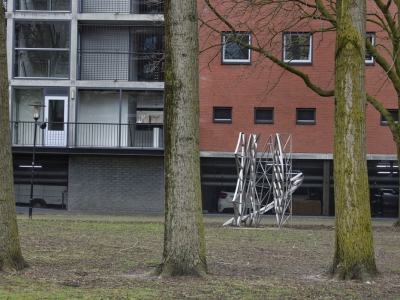 Gathering of the Tribes (1997) Michael Jacklin 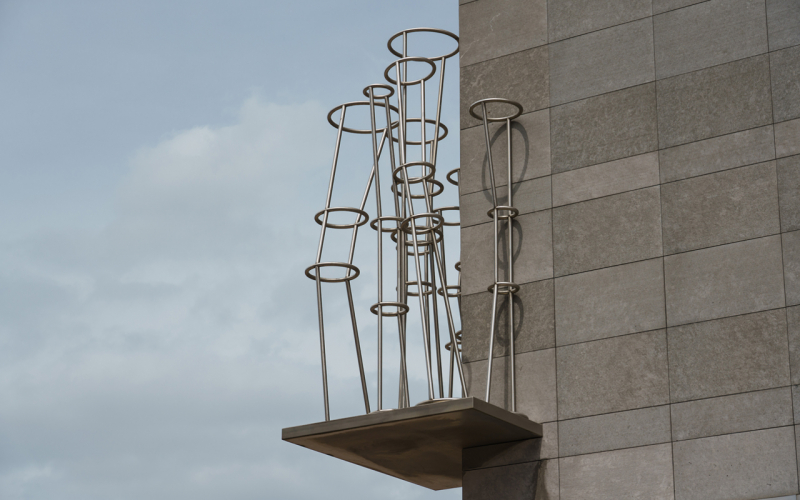 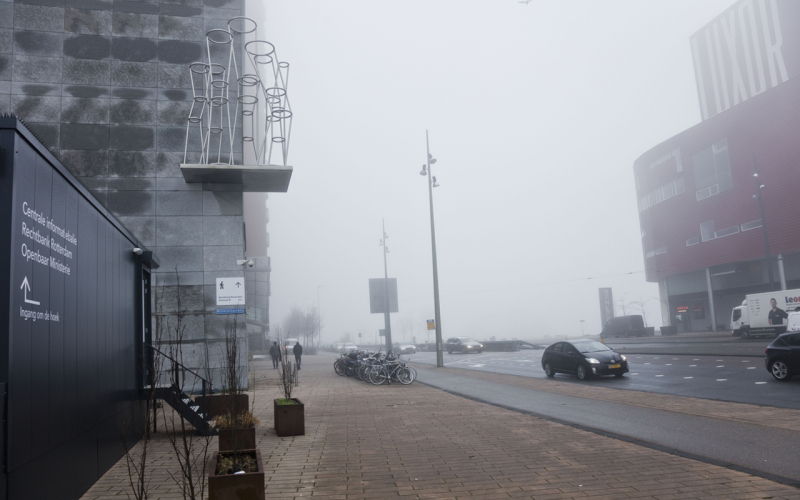 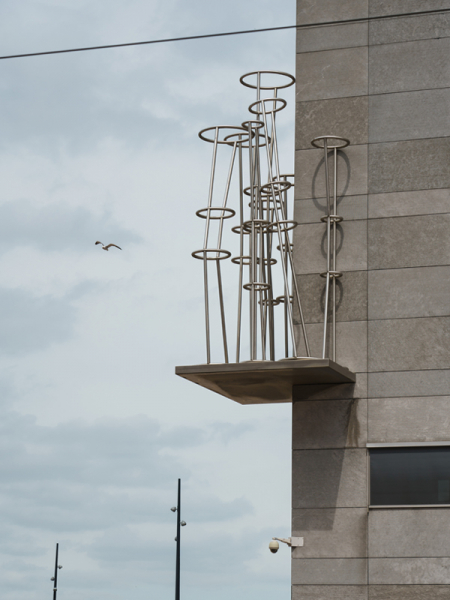 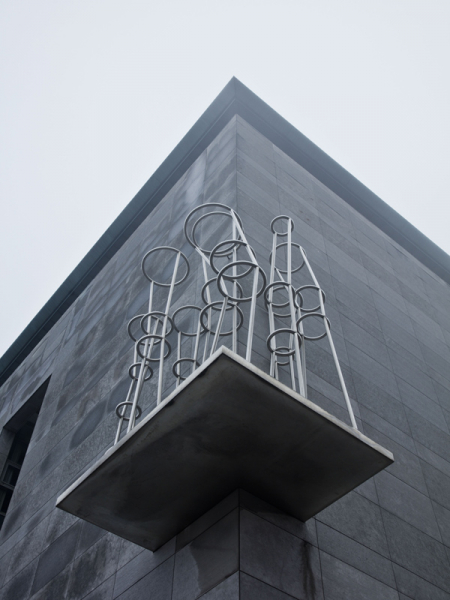 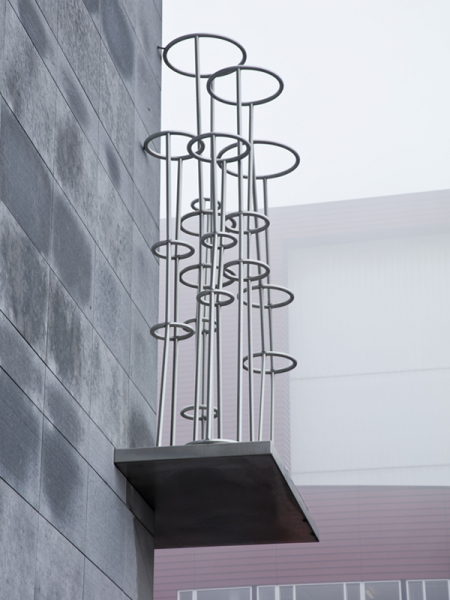 Construction of the Wilhelminahof Courthouse, a design by the architectural firm Kraaijvanger Urbis, started in 1994 and was completed in 1997. Since then, a work by visual artist Michael Jacklin has been hanging on the facade. It is a six meter high abstract construction of stainless steel horizontal circles and vertical tubes, which stand on a small plateau protruding from the facade. The tube thickness Jacklin has used is the same everywhere, but the circles vary in diameter and are placed at different heights. This creates a sculpture that shows a different abstract form from every perspective. The client is the Government Buildings Agency; the work was made in the percentage scheme in the construction of the government building. Jacklin named his statue Gathering of the Tribes, a reference to the first meeting of artists and rock bands in San Francisco in 1967 with the aim of strengthening a sense of community and challenging the established order of politicians and authorities.

Michael Jacklin (Amsterdam, 1956) studied at the Gerrit Rietveld Academy in Amsterdam and the Haarlem postgraduate art course Ateliers '63. Since 1984 he mainly makes sculptures of industrially manufactured iron with soft round shapes. In the 1990s his style tightened and he switched to abstract constructions, usually made of steel. Initially he was guided by minimalism inspired by architecture and bridge building. The images he makes later are, because of the open grid patterns, more transparent. Jacklin's work can be found in private and corporate collections, and in museums such as the Stedelijk Museum Amsterdam. In 1990 he received the Charlotte van Pallandt Prize. And in 2019 he received a stipend for proven talent from the Mondriaan Fund. Jacklin lives and works in Amsterdam.