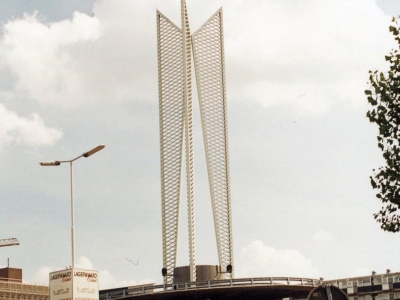 Stairs to the Stars Ineke Visser 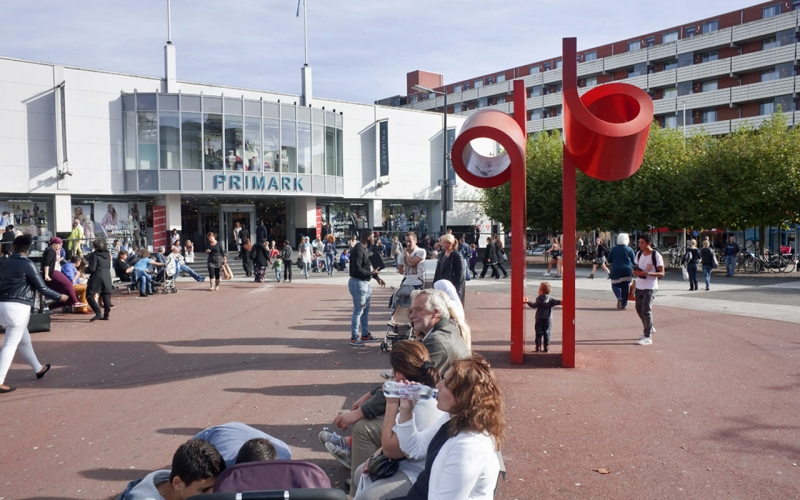 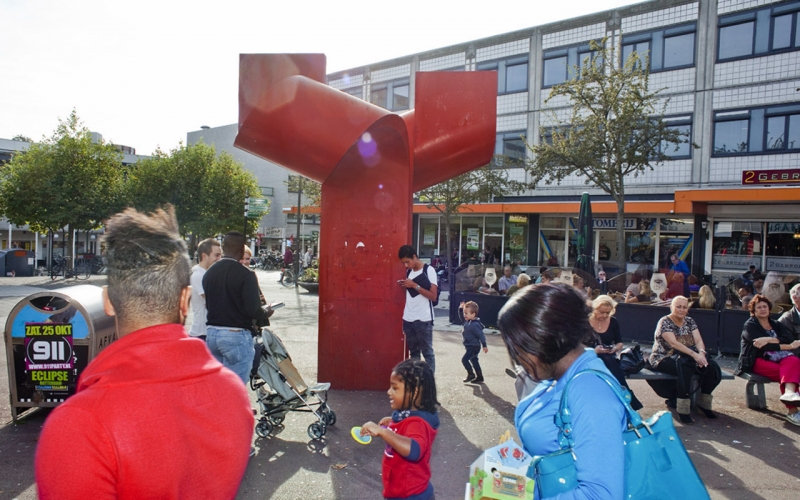 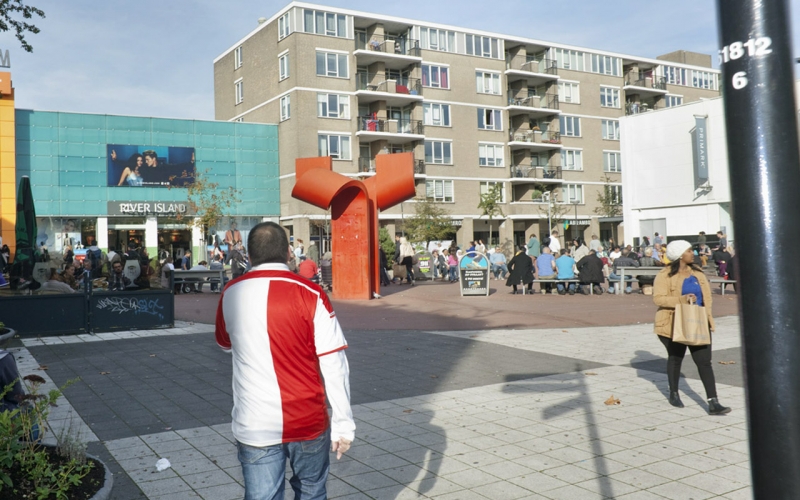 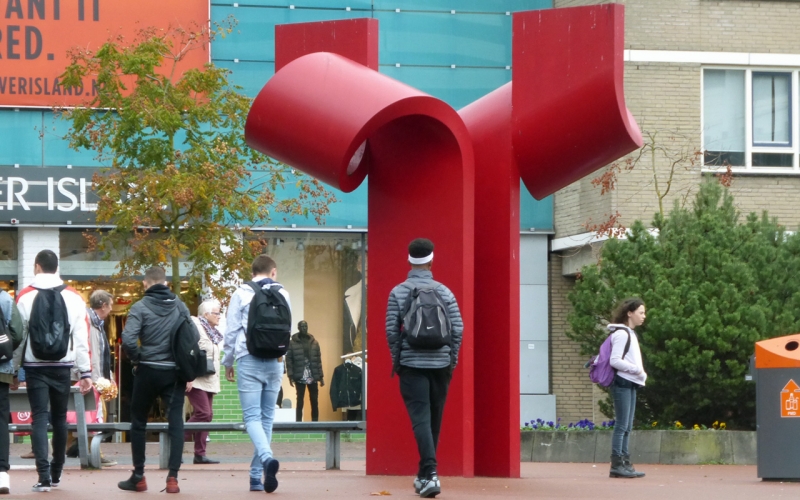 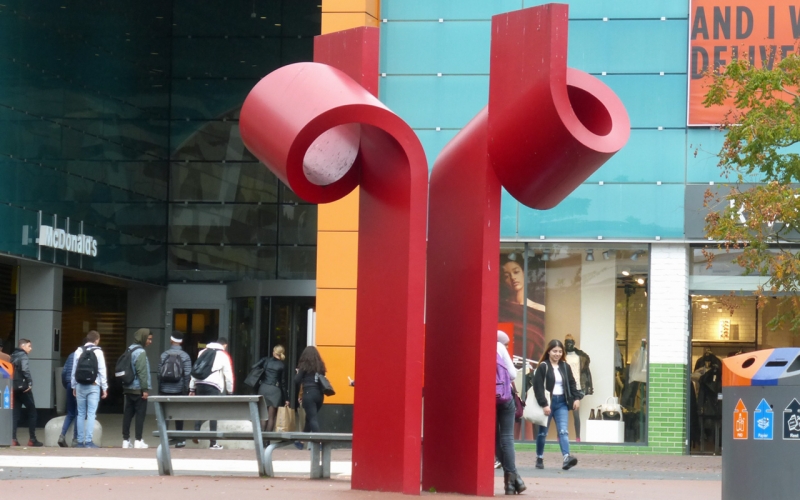 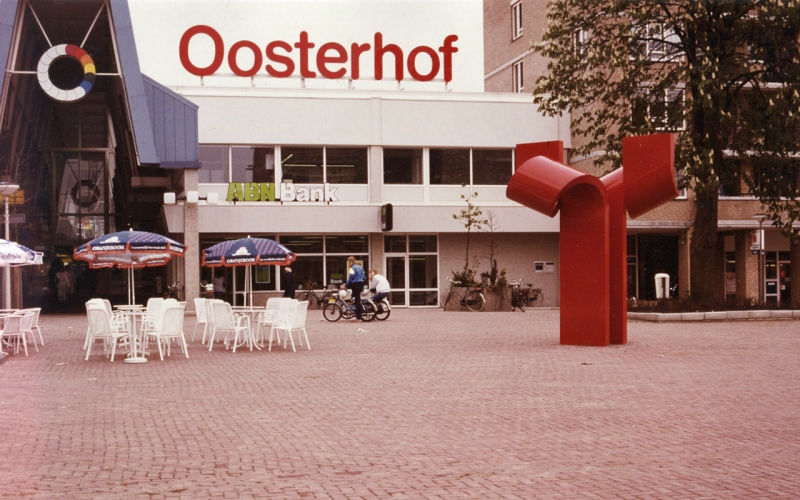 The image Curled ribbons is exemplary of the work of artist Ineke Visser, who usually works in large volumes. It is characteristic of the constructivist approach of the eighties; a large sculpture that wants to compete with the built environment with its dimensions and color contrast. The bright red four-meter-high plastic offers varied shapes from different angles. The two steel tubes with a curl at the end have a combined weight of 70.000 kilos. On Wednesday, September 5, 1984, the statue was unveiled by the Queen's Commissioner Schelto Patijn. The work was realized in the percentage scheme for the construction of the Oosterhof shopping center. It was a gift from the Bredero construction company to the former Prince Alexander district on the occasion of the completion of this shopping center.

The Rotterdam artist Ineke Visser (The Hague, 1947) attended the art academy in The Hague, in the direction of sculpture and monumental. She has designed various large sculptures for inside and outside, working with large metal volumes, both figurative and abstract. On the roof of the Alexandrium shopping center is a wire sculpture of three planes by her hand.