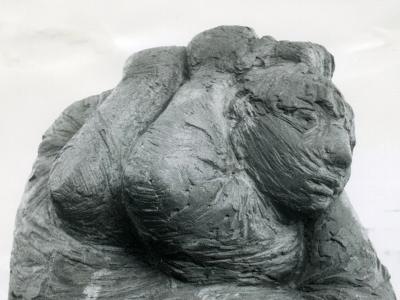 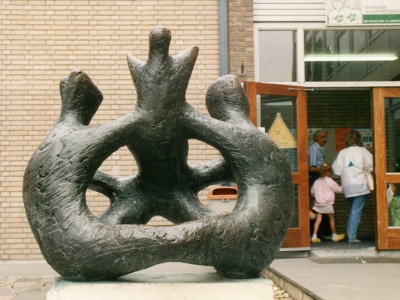 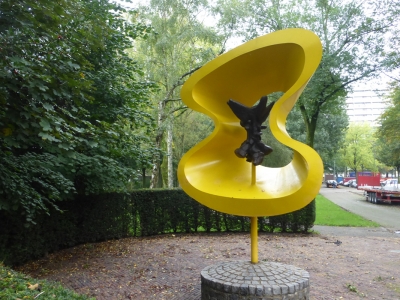 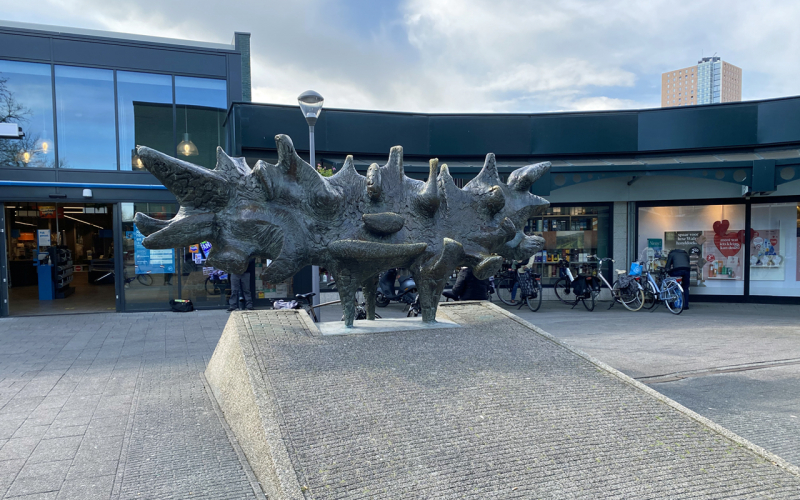 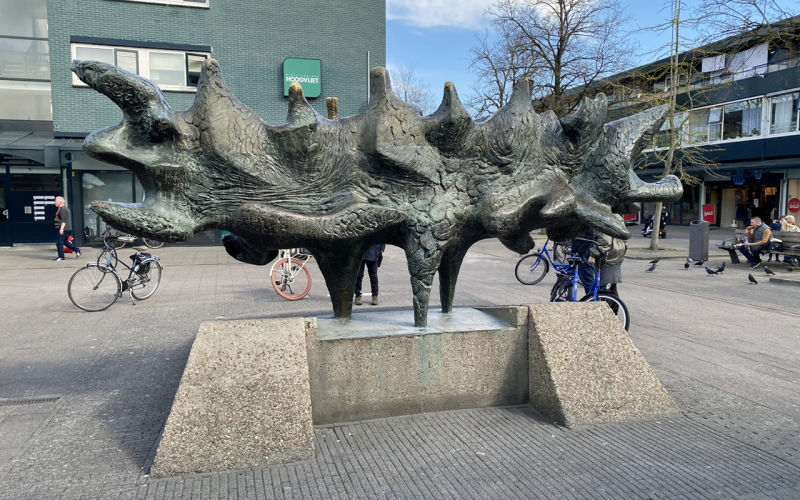 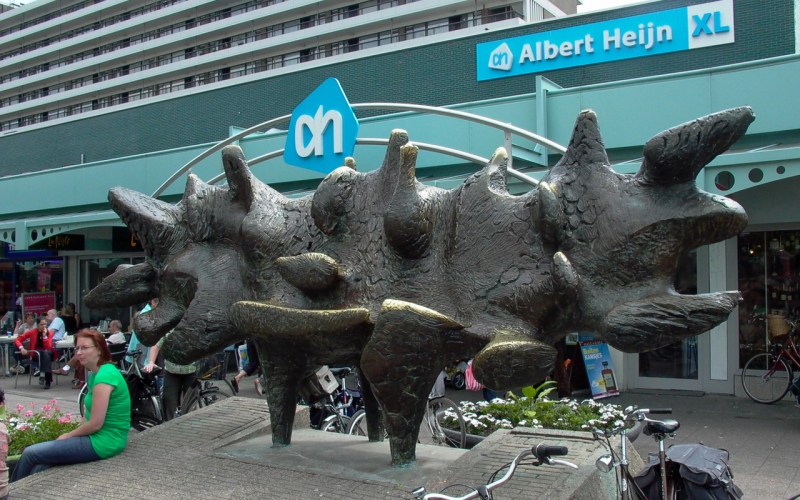 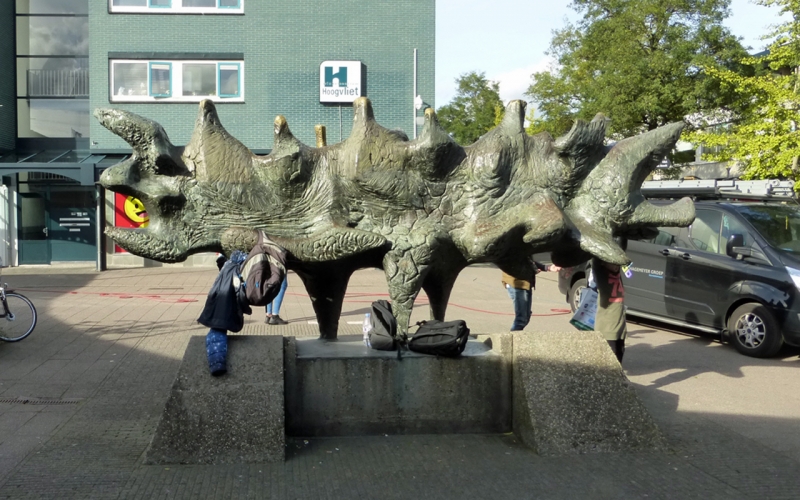 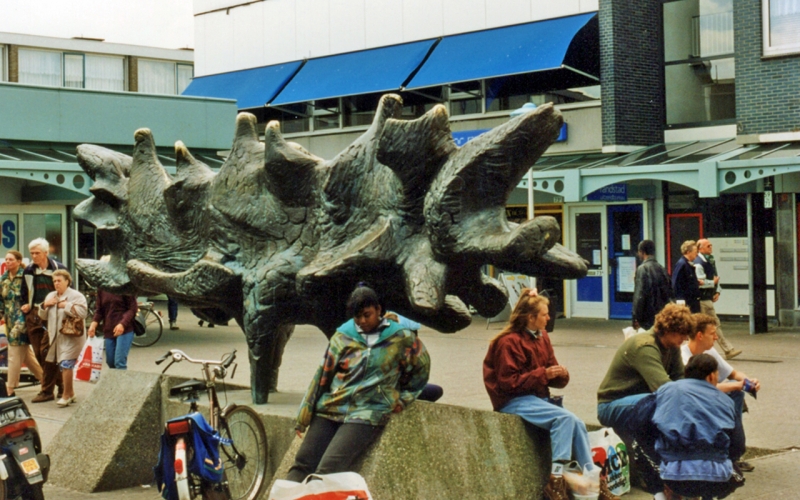 The bronze artwork Growth community forms an organic sculpture that is both sculpture and play object. It is located on the square of the Hoogvliet shopping center. It is an abstract figure on three legs and is reminiscent of a pre-worldly being with strange bulges, that seem to grow into limbs. Elffers built the statue out of chicken wire and covered it with clay. A plaster shell was then applied, which plaster parts were later removed to be smeared on the inside. This wax layer was placed between two layers of plaster, after which the wax layer disappeared into the oven. The hollow space that remained was filled with bronze, a technique with the name cire perdu. The pedestal is by architect Jan Hoogstad. Growth community was unveiled on July 9 1971.

Chris Elffers (Zandvoort, 1926 - Rotterdam, 2019) studied at the Rijksacademie van Beeldende Kunst in Amsterdam with professors Mari Andriessen and Piet Esser. Elffers made sculptures for public space in Rotterdam and Emmen. He lived in Kralingen for many years.