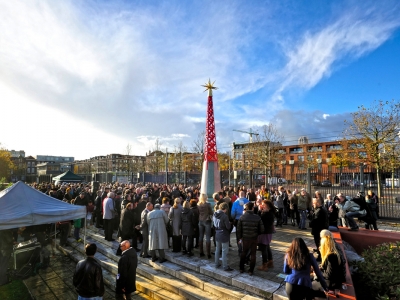 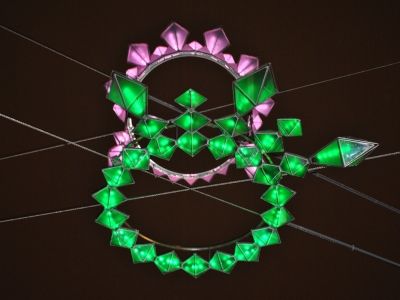 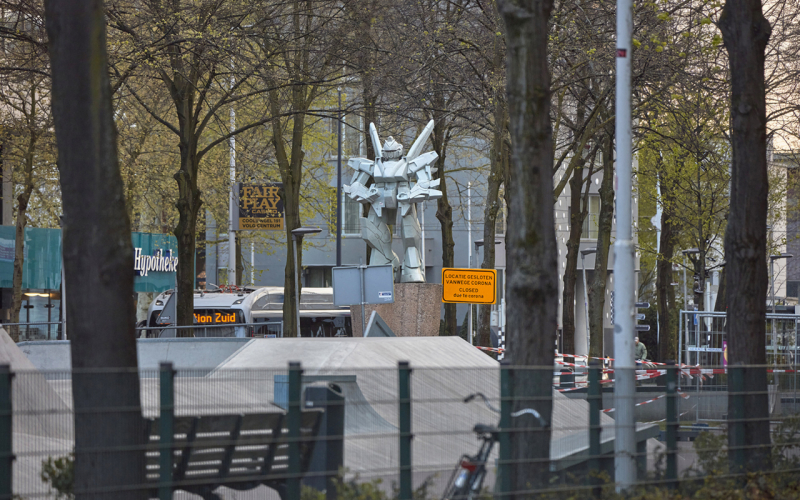 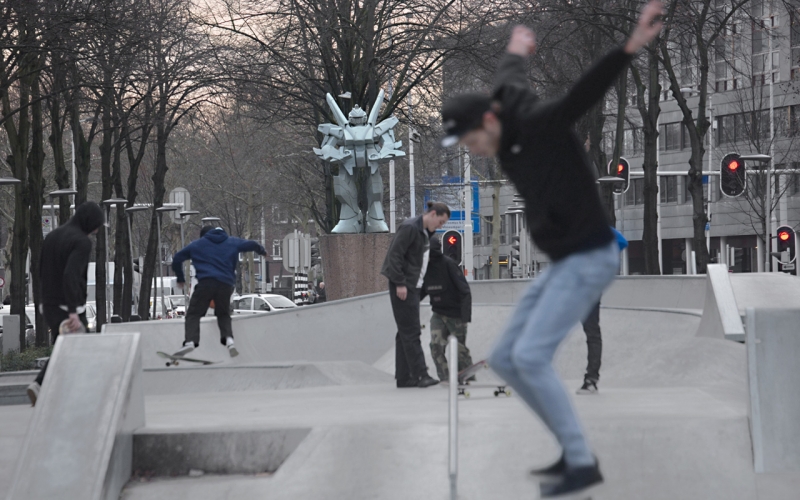 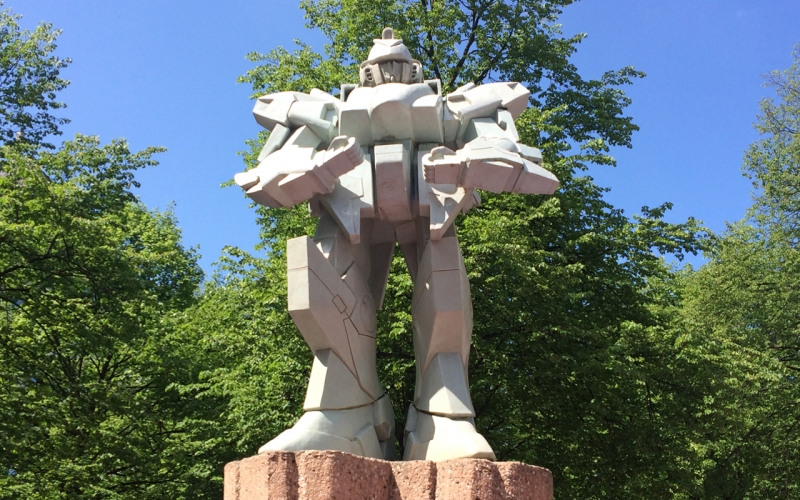 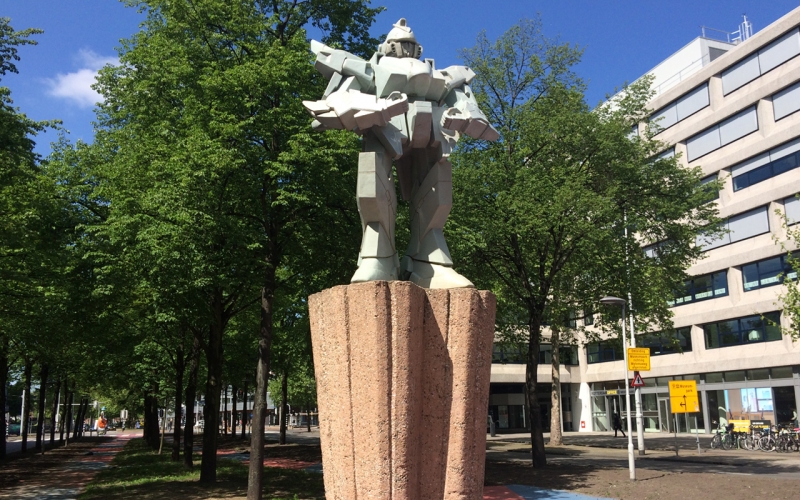 In September 2005 landed in the skate park on Westblaak a three-meter high, wide-shouldered and armed cyborg, made by artist Hans van Bentem. Guard is a cross between a Transformer, a Terminator, a superhero and a mutant. The image is designed with the base as part: a rocky construction, as we know it from cartoon films and comics: where a transformer not only shows his own super powers at the time of the battle, but also rises in an environment of lightning bolts. The statue was created on the initiative of CBK Rotterdam and was supported by a signature campaign by skaters. The Guard was welcomed by Robert van der Kroft (illustrator of Sjors and Sjimmie). “As I describe each of the Transformers, I want you to call upon the special power you humans call 'imagination', and use it to transform yourself into one of our kind ” is on the packaging of the Transformers from the eighties. It calls on all children to identify with these toy robots. Cyborgs like this may seem evil, but they certainly are not. On the contrary, they populate a very optimistic view of the world, in which all people and other beings live peacefully together, according to the artist. Sometimes there is a malevolent force that tries to get sole control over the universe, but always enough good superpowers fight to suppress evil.

Hans van Bentem (The Hague, 1965) studied at the Royal Academy of Visual Arts The Hague in the direction of Monumental Design (1983-1988). In addition to ceramic sculptures, Van Bentem also makes paintings and objects made of glass. As a sculptor he mainly makes oversized sculptures for schools, shopping centers and squares. He is part of the artists' collective De Artoonisten.