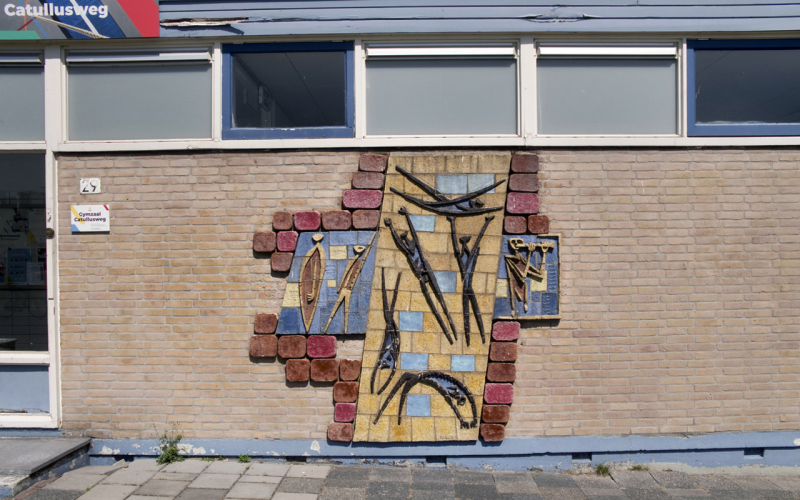 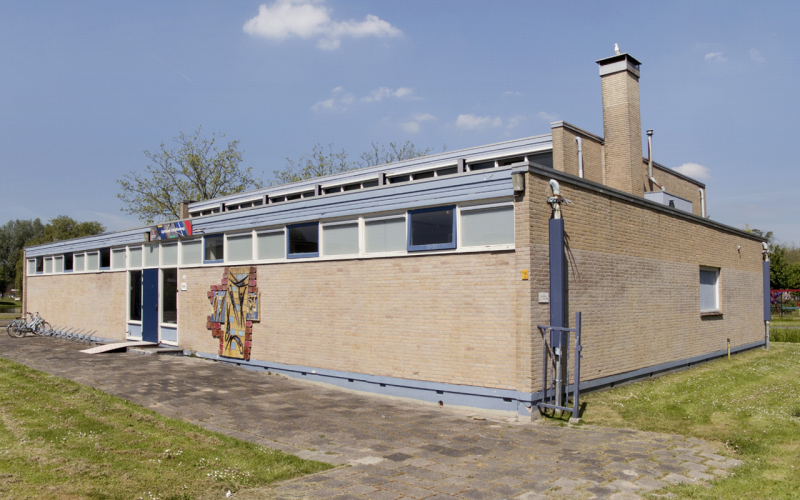 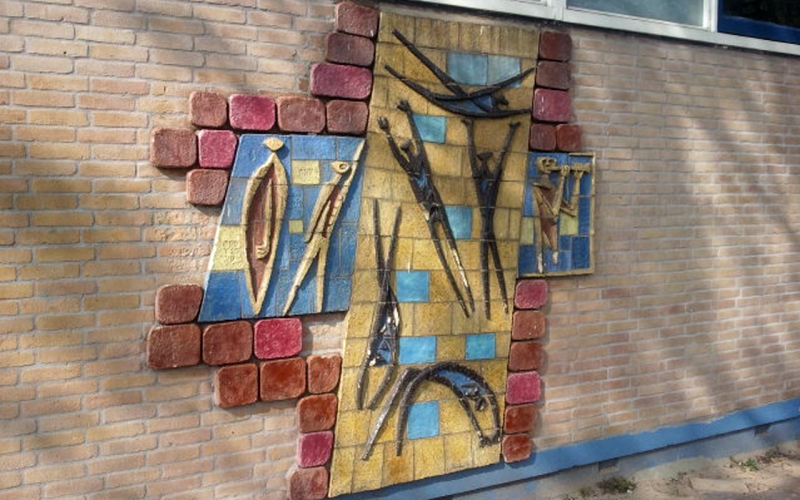 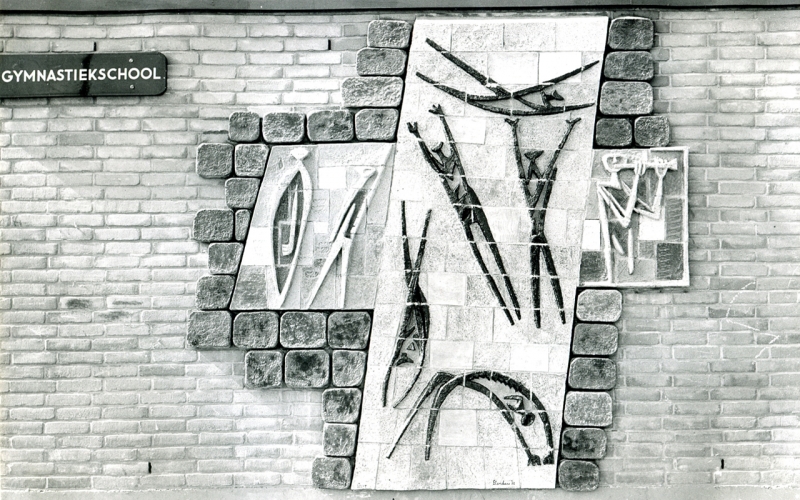 The Rotterdam artist Wally Elenbaas has made some beautiful monumental works for the public space in Rotterdam, a number of which have already been demolished. This colorful wall relief was realized in 1963 next to the entrance of a gymnastics building by municipal architect Koops. The composition consists of a vertical yellow stripe in which five figures perform a gymnastic posture and a horizontal blue stripe, in which there are also two figures on the left and a figure with a trumpet in the hands on the right. Red stones with rounded corners are placed around the cross. The whole is very typical Elenbaas and betrays his graphic background, because this is the type of work that he also performed as a graph on paper. The cross shape in the mosaic, for example, is also leading in his work in the former Station Post Office, which has been restored.

The Rotterdam artist Wally Elenbaas (Rotterdam, 1912 - 2008) was an important post-war graphic artist and has made many mosaics for the built environment. His work has been on display in exhibitions and has been included in collections, such as that of Museum Boijmans Van Beuningen, where he had a solo exhibition. Elenbaas won various prizes. In 2006 he received an honorary prize from the city of Rotterdam for his entire oeuvre. Together with his wife Esther Hartog (1905-1998), he photographed subjects that reflected their personal lives: each other, friends, travels, still lifes and the nearby surroundings of Katendrecht. Elenbaas would remain connected with Katendrecht all his life.