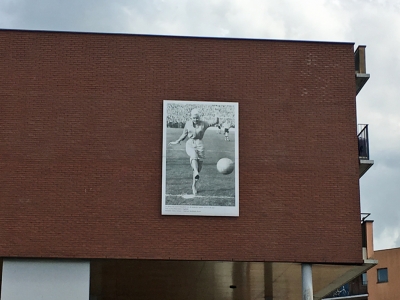 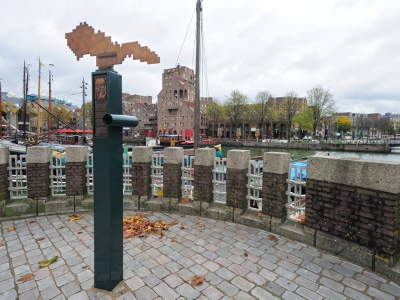 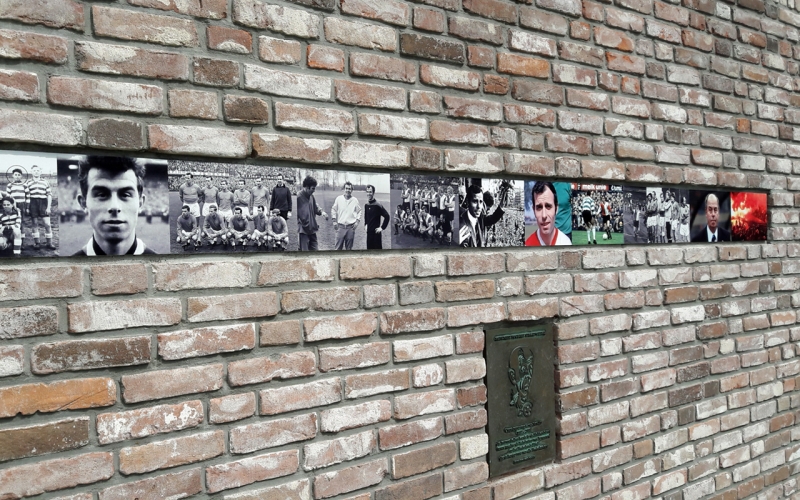 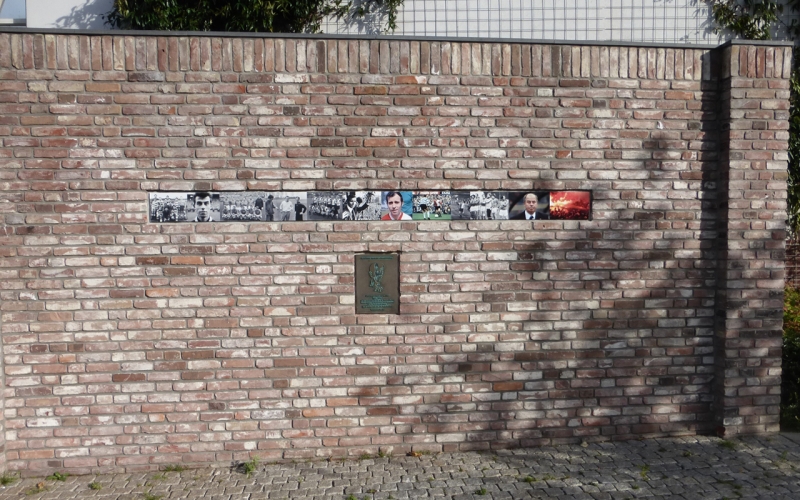 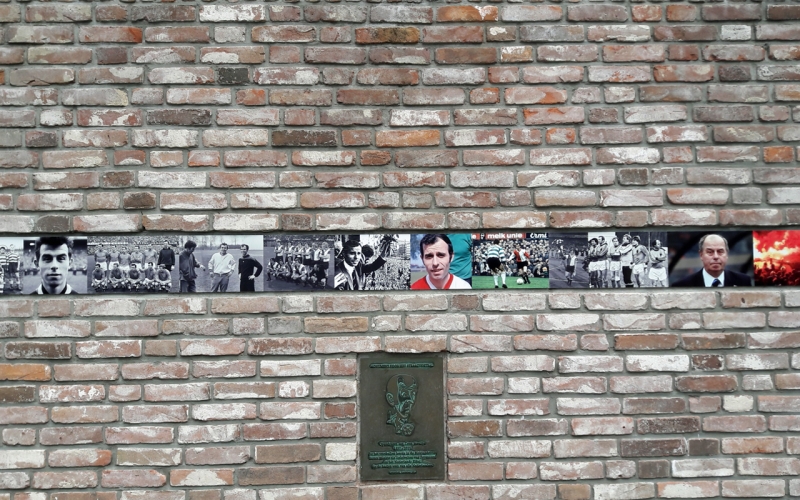 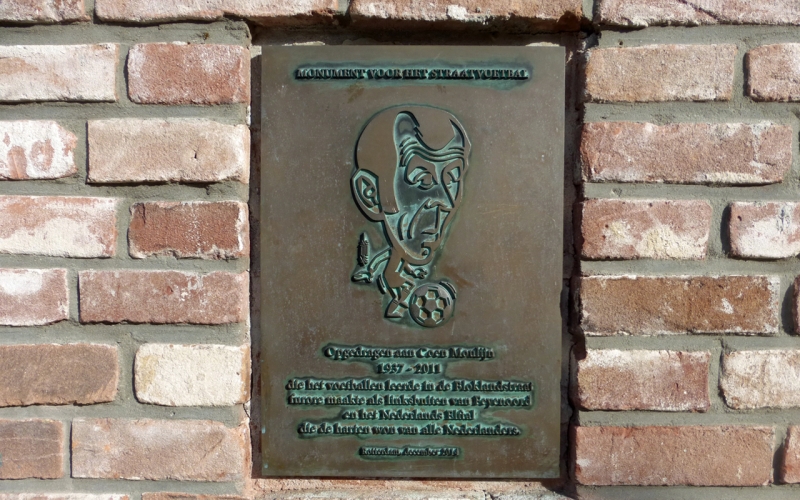 Coen Moulijn (Rotterdam, 1937 - 2011) was a well-known football player from Feyenoord and therefore became a Rotterdam folk hero. In his early years he lived and played football in the Bloklandstraat in the Oude Noorden. The wall that he kicked a ball against as a child was demolished in the 70s for urban renewal. In 1990 it was replaced by a new wall with a football goal and bronze plaque, designed by artist Hans Citroen. This wall also fell and was demolished. In consultation with supporters of Feyenoord and the municipality of Rotterdam, it was decided to make a third tribute. Hans Citroen was responsible for the design again. This wall also has a bronze plaque with an illustration by Moulijn. In addition, there is also a series of twelve photos from his football career. In 2014 The wall of Coen Moulijn unveiled in the presence of widow Adri Moulijn, Jules Deelder and former Feyenoord players Peter Houtman, Eddy Pieters Graafland and former caretaker Gerard Meijer.