Location: Kralingse Plaslaan 32, 3062 DB Rotterdam, the Netherlands
Location: At the edge of the sidewalk
Description: A fountain with a water bowl and a column with a cross, which reads: "The East"
Materials: Freestone and masonry
Dimensions: 300 x 600 cm
Year: 1925
Client: The East
Owner: Municipality of Rotterdam
Literature: 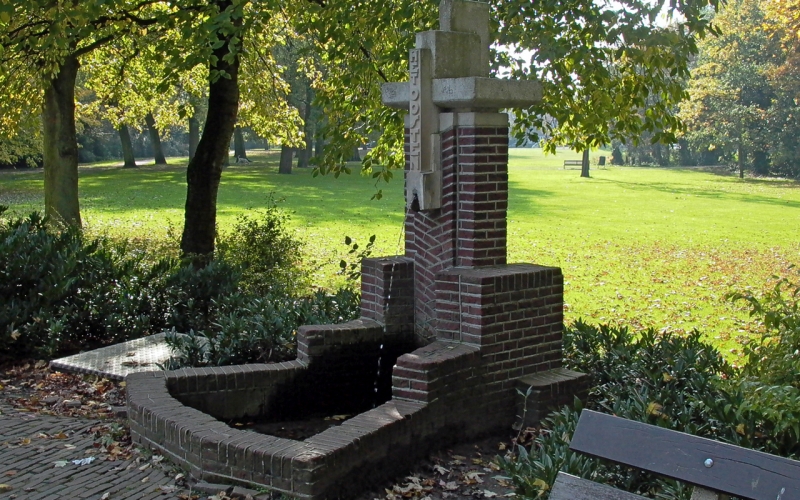 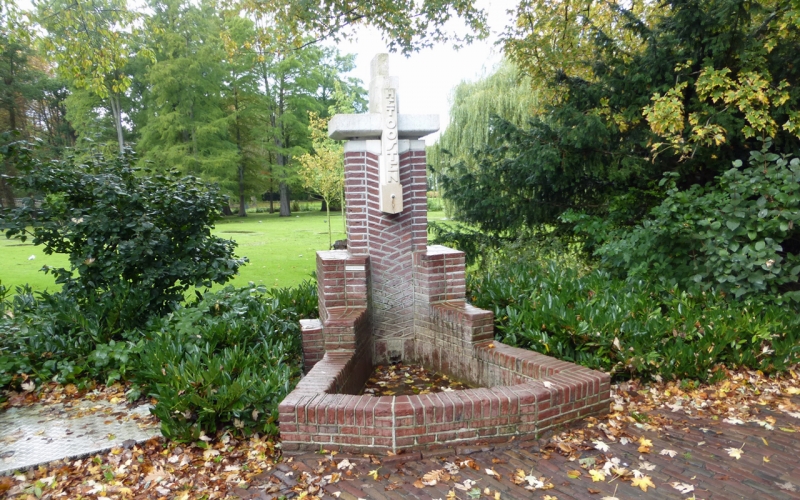 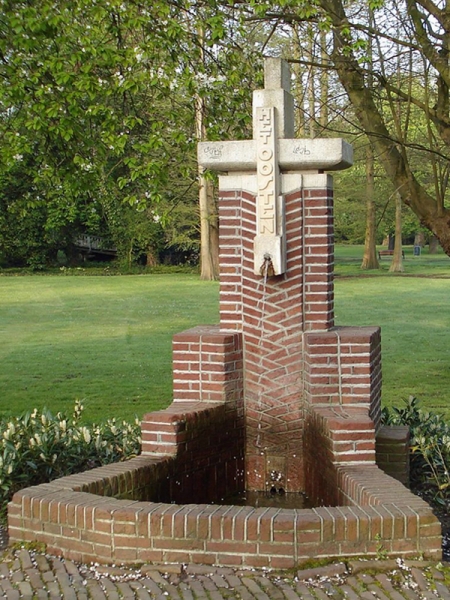 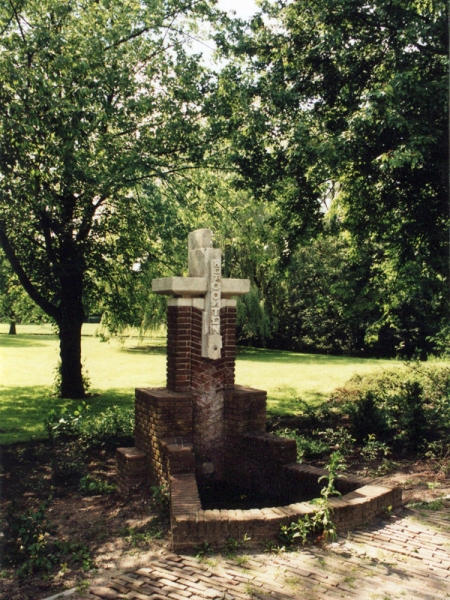 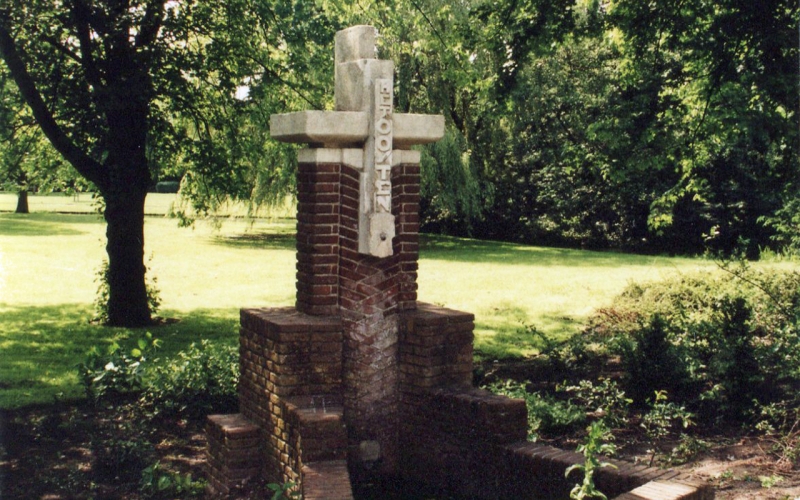 Fountain The East is a memorial made by architect Jos Klijnen and founded in 1925. It was a gift from 'Vereeniging Het Oosten' to the municipality of Rotterdam. The fountain is constructed from masonry bricks and sandstone. The object is in the form of a column with a cross. A hard stone water tank collects the water. The sandstone cross is embossed: The East.

PJH (Jos) Klijnen (Maastricht, 1887 - The Hague, 1973) was an architect and urban planner who did not want to conform to modernism or traditionalism and who dominated the Dutch architectural debate during the interwar period and the reconstruction. In 1914 Klijnen settled in Rotterdam, where he designed the first version of the Mathenesser Bridge a year later. In 1942 he assisted architect JJP Oud with the supervision of, among other things, the Schiekade in Rotterdam. He also worked on façade schemes that Oud designed for the Coolsingel. As successor to Oud, he became supervisor himself in 1944.