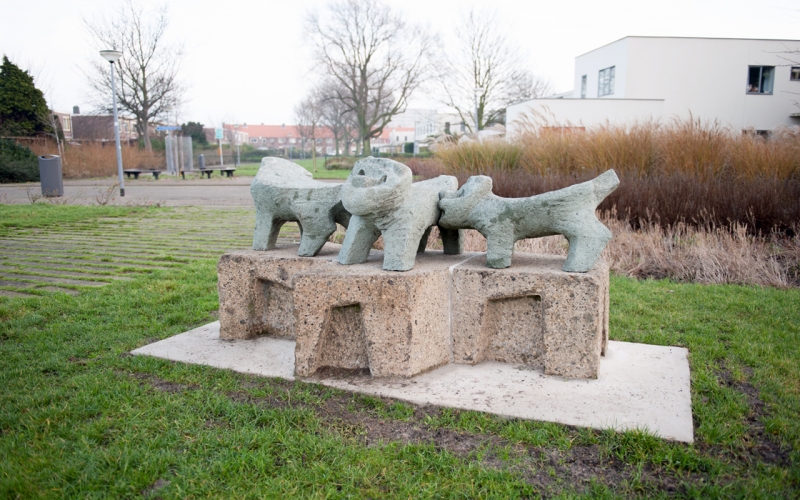 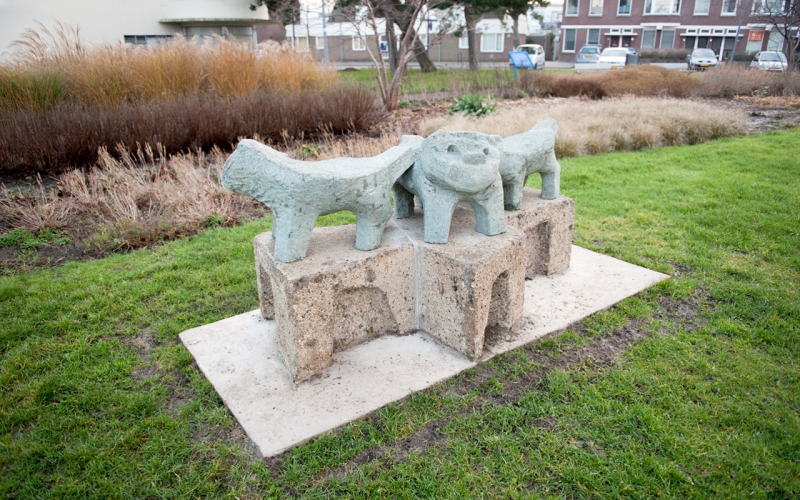 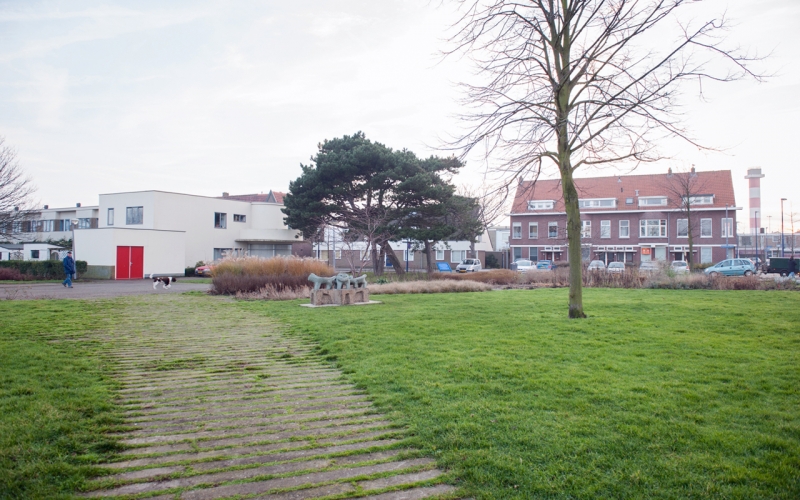 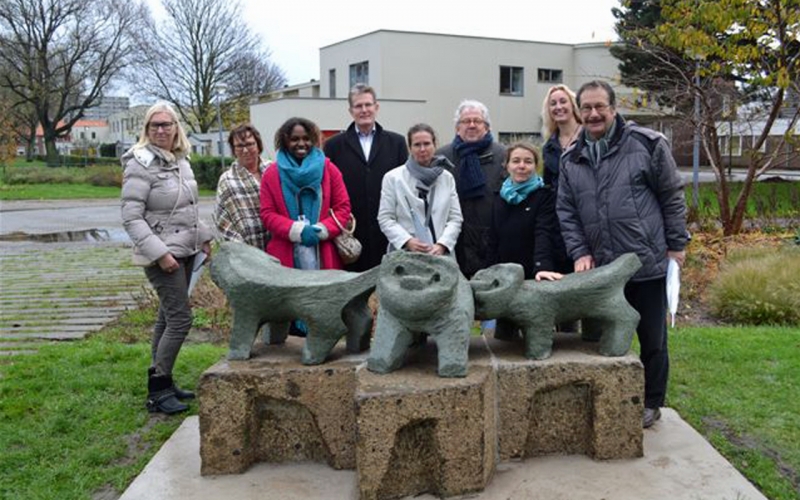 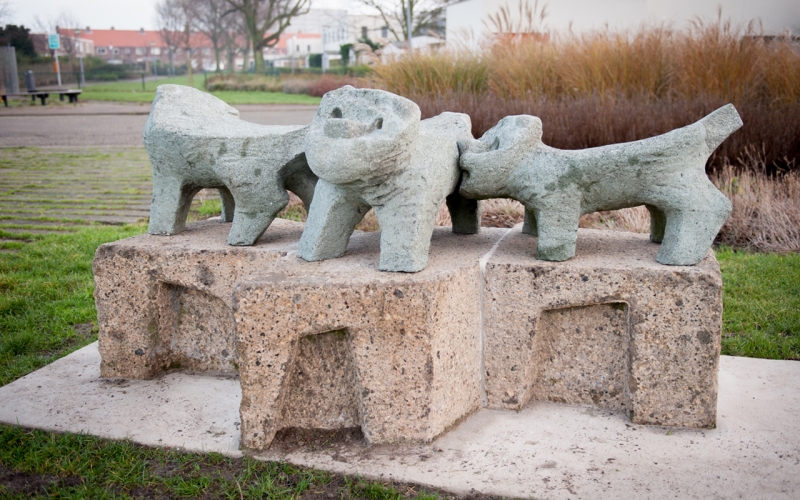 Three small concrete little dogs, one on the left, one on the right and the third in the middle across it, stand stoically and low to the ground on a concrete base. They were originally made in the percentage scheme for the construction of a primary school on Diogenesstraat in Lombardijen. They were made by sculptor Louis Wolthers and have been on the school playground since 1964. The image fits in with the theme of Wolthers, who had a natural background and mainly depicted animals. In 2013 the statue has been relocated to a small park in Hoek van Holland, close to beautiful historic residences based on a design by JJP Oud. It is a park where many dogs are taken, so this one Little dogs are perfectly in place.

Louis (Anton Louis Gillis) Wolthers (The Hague, 1920 - Hellevoetsluis, 1970) started drawing at a young age, first studied at the forestry school, started working at 1946 at Staatsbosbeheer and resigned to become an artist in 1947. He studied at the art academy in The Hague and had Albert Termote as a teacher, after which he focused on an abstracted but always recognizable sculpture of animal figures in particular, to depict the expression of living things. He had a few exhibitions about 1960, moderately positive, in which his work is compared with, among others, that of Lotti van der Gaag. He worked on architectural assignments in The Hague. He never broke through with his work.