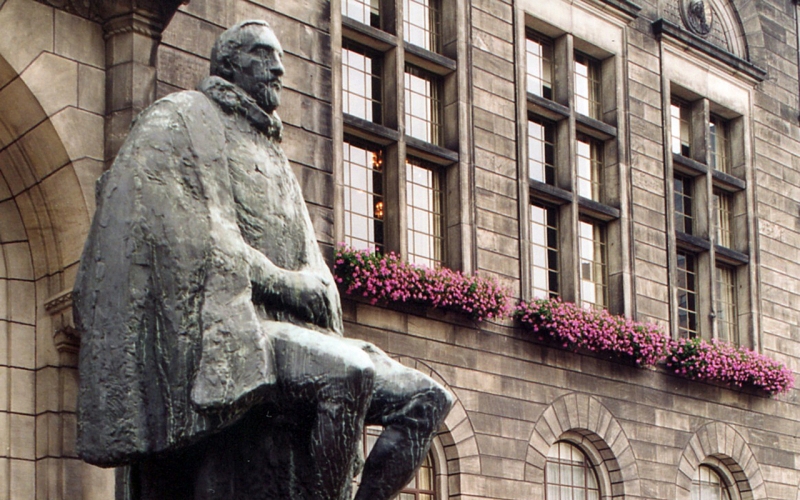 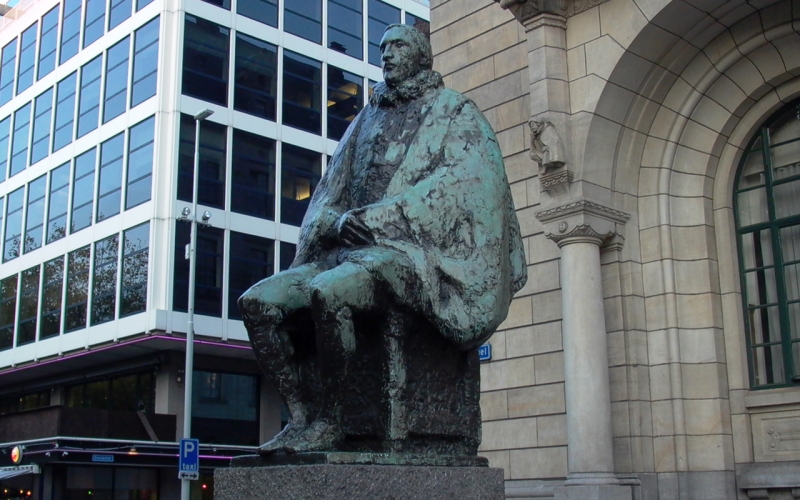 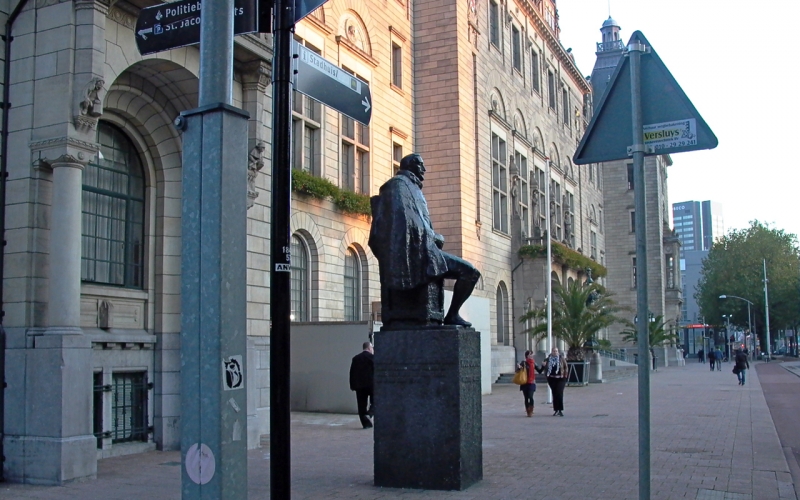 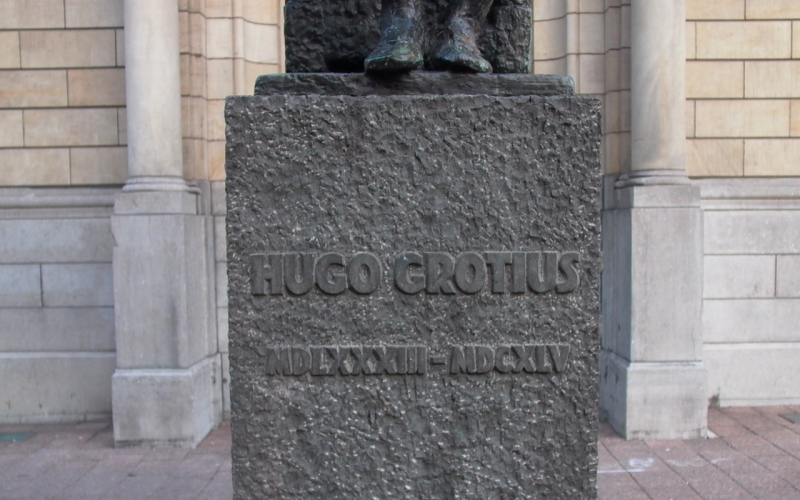 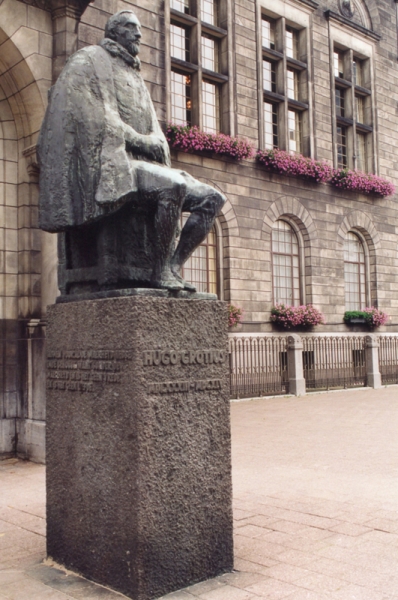 Hugo de Groot (1583 - 1645) was a statesman, lawyer and writer. In 1613 he was appointed council pensionary of the city of Rotterdam. He prepared the mayors' meetings and went to the state assemblies. His predecessor was Van Oldenbarnevelt, who is to the left of the statue of Hugo de Groot. Hugo de Groot was a humanist and very religious. He had to pay for his criticism of the prevailing religious views with imprisonment. In 1618 De Groot was arrested, officially for undermining the religion of the state and dividing the provinces. He served his sentence in Loevestein Castle, where he read and studied a lot. In 1621 he escaped into the bookcase in which his books were supplied. In 1631 he visits Rotterdam and visited the statue of Erasmus. The statue Hugo de Groot is a classic statue and made by sculptor Auke Hettema. The work is part of an ensemble in combination with the image of Johan van Oldenbarnevelt and Gijsbert Karel van Hogendorp on the steps of the World Trace Center Rotterdam. In connection with the redesign and long-term work on the Coolsingel Hugo de Groot placed in a depot in October 2017. November 2019, the statue was placed in exactly the same place in front of the town hall.

Auke Hettema (Leeuwarden, 1927 - Amsterdam, 2004) studied from 1947, together with his twin brother Renze Hettema, sculpture with, among others, professor Piet Esser at the Rijksacademie van Beeldende Kunsten in Amsterdam. Hettema belonged to the generation of Dutch sculptors, who started their career after the Second World War with making war and resistance monuments, such as the resistance monument in the Prinsentuin in Leeuwarden. He was the winner of the Prix de Rome in 1951.