There is a glance in everything (1997) Poetry International 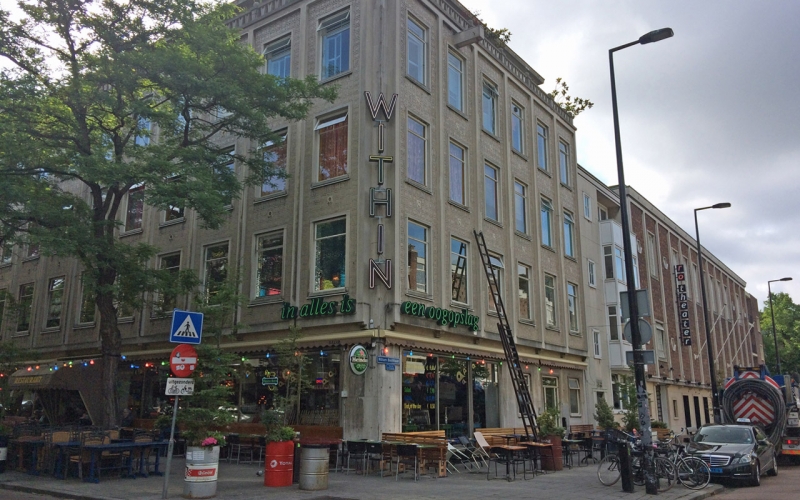 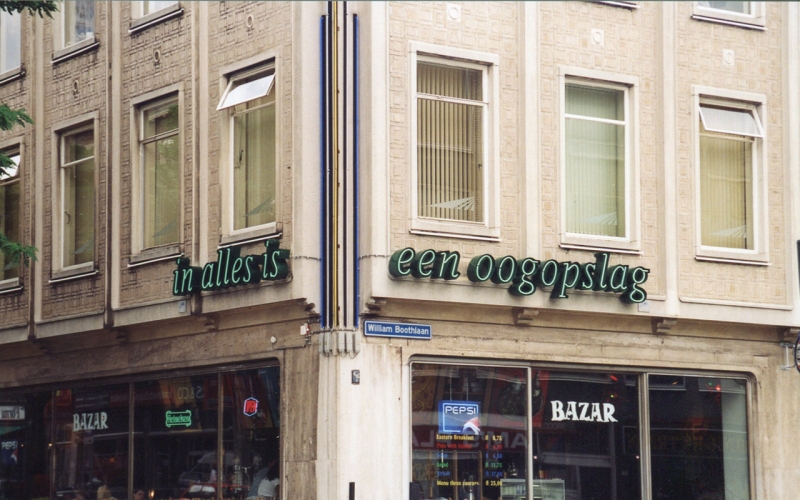 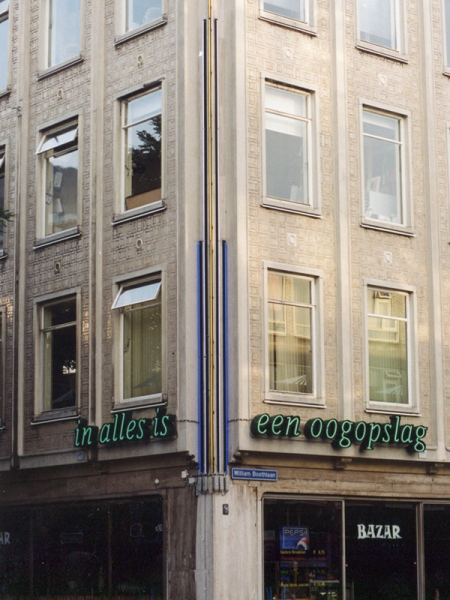 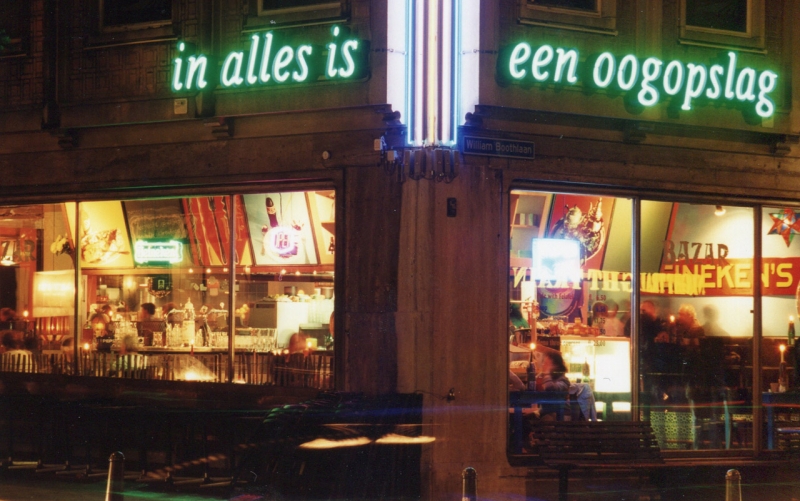 The Rotterdam poet Leopold (1865-1925) was important among colleagues, but is unknown in his city. Poetry International wanted to change that. It dedicated a large part of the program to him in 2002 and made a statement a few years earlier with this line of poetry in which "there is a glance in everything'can be viewed from both sides. The application of this line of poetry was carried out by Neon Time in collaboration with Poetry International and CBK Rotterdam. The busier the street has become since its completion in 1997, the more this artwork seems to fit. A glance, depicted in neon, fits in this corner full of catering and other light elements in the nightlife street. The letters are writing letters, broken by a vertical neon element, which also makes the composition an architectural ornament. The vertical element was removed in 2013 and replaced by the text 'Within', which is part of a series of puns spread all over the street. The work is in keeping with the Rotterdam tradition of depicting lines of poetry in public space. The short sentences suit the dynamics of the city and leave a lot to the imagination, which suits poetry.