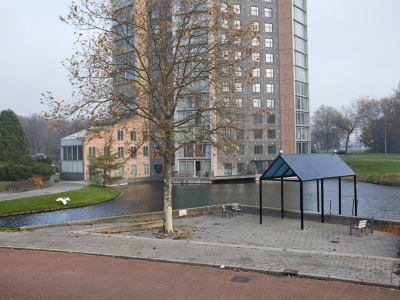 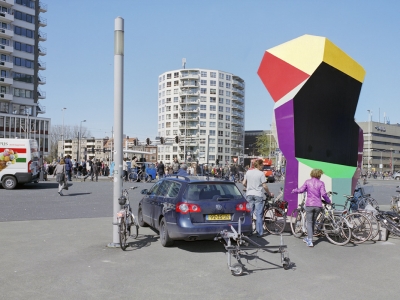 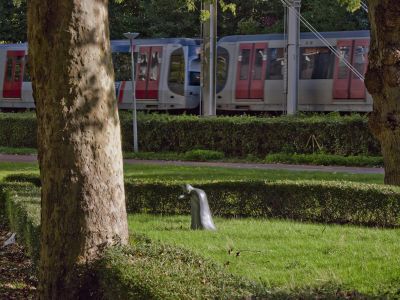 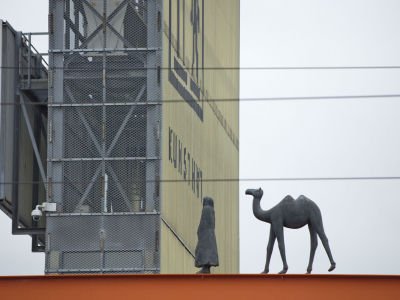 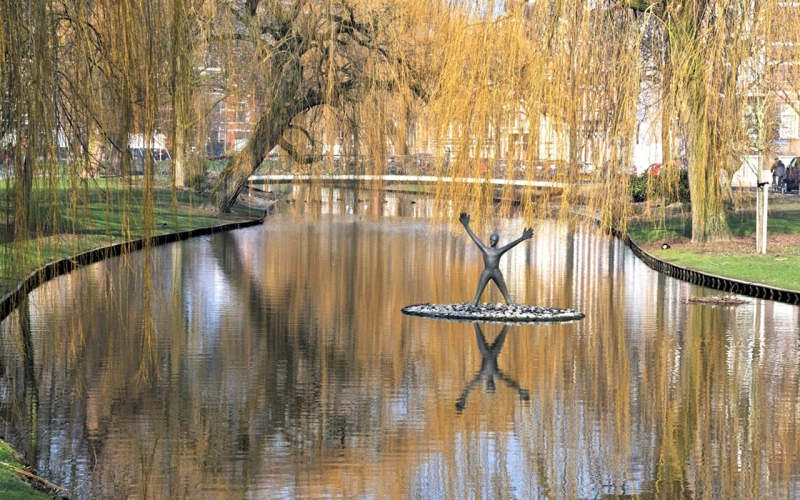 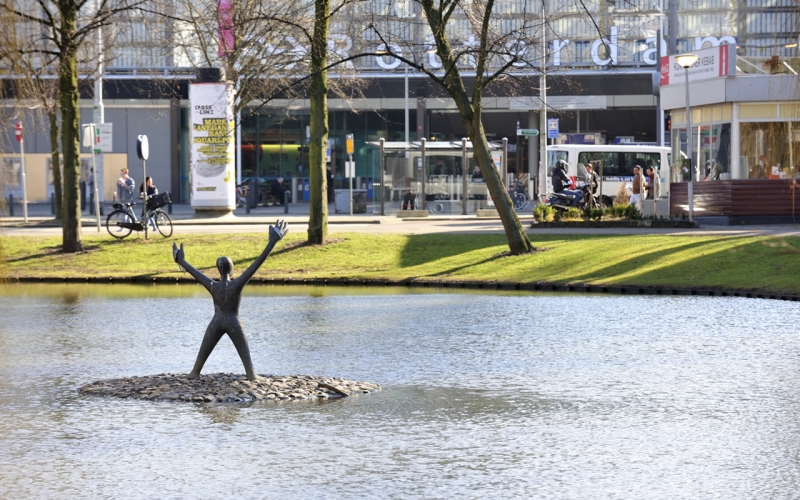 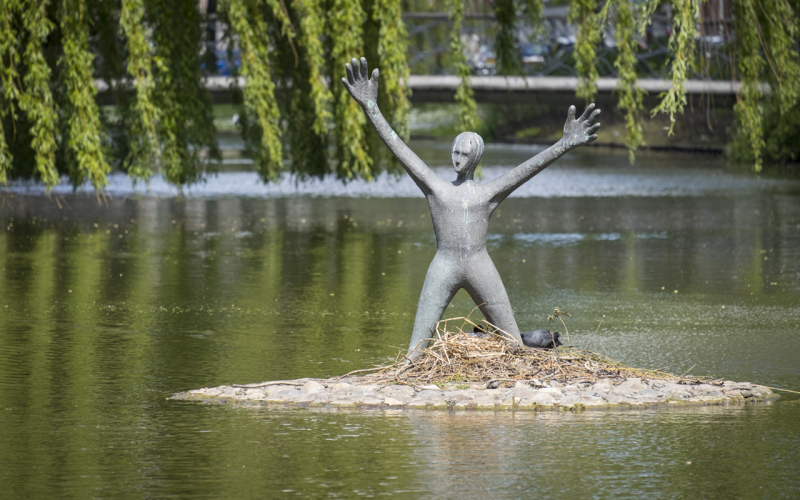 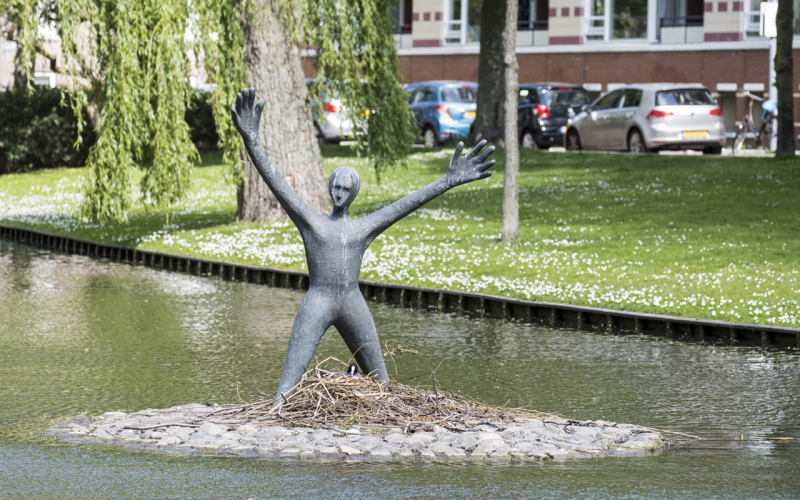 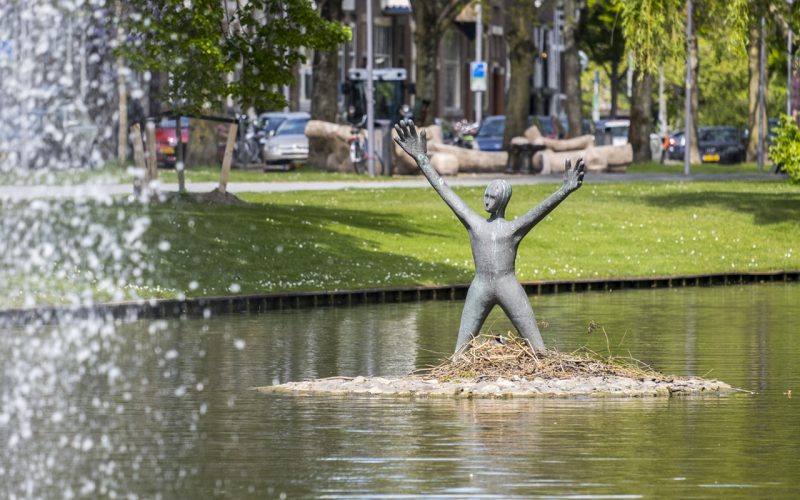 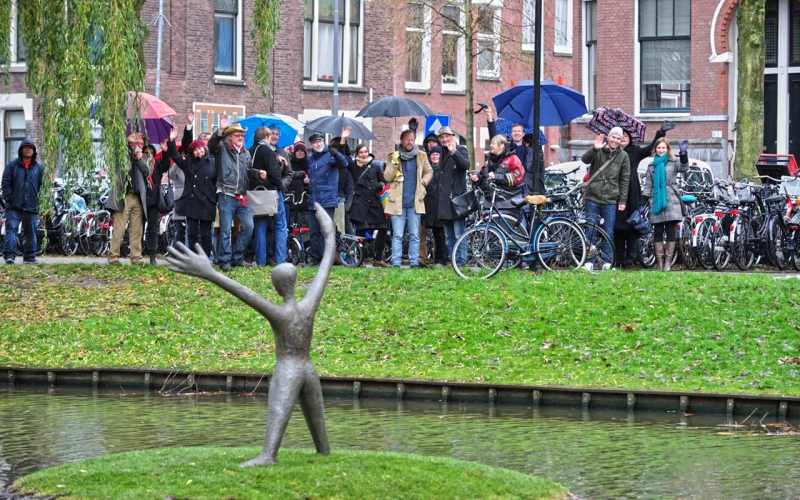 A dark patinated bronze figure stands on an island, wide-legged, arms raised high in the air. The figure is motionless and exuberant, surrounded by water and by the big city, being young in the middle of an organized urban environment. They are two extremes: being young in an as yet unknown future full of opportunities, and in a city of a well-organized social order.
Artist Henk Visch has a multifaceted oeuvre of abstract and figurative works, the choice of which in his images in public space depends on the context. That makes him an interesting and versatile artist, whose work is not to be seen in museums for good reason. In the public space he works with scale, meaning, alienation and he takes passers-by into account. His works are friendly and appealing, only at the second moment can there be something of discontent or impropriety for the good viewer. This work has the title In the city of The young man on the island got. On closer inspection, a 'cheerful little man' appears to be isolated on his island. He may be desperate and frustrated, waving as loud as he is. This hunted little man calls to slow down, in response to the excitement of the city. It is a means of emphasizing people in what beautiful historical environment they are in. This artwork is part of it Single plan: an art project along the singels in Noord, including works by Klaas Gubbels, Guido Marsille and Onno Poeisz properly.