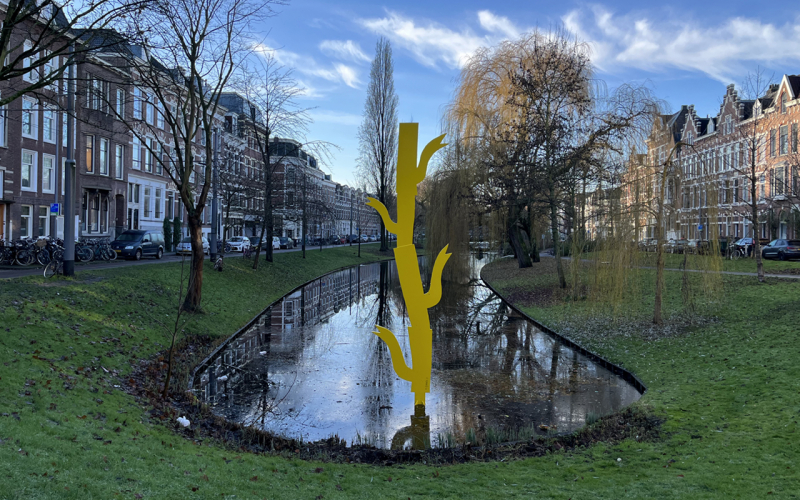 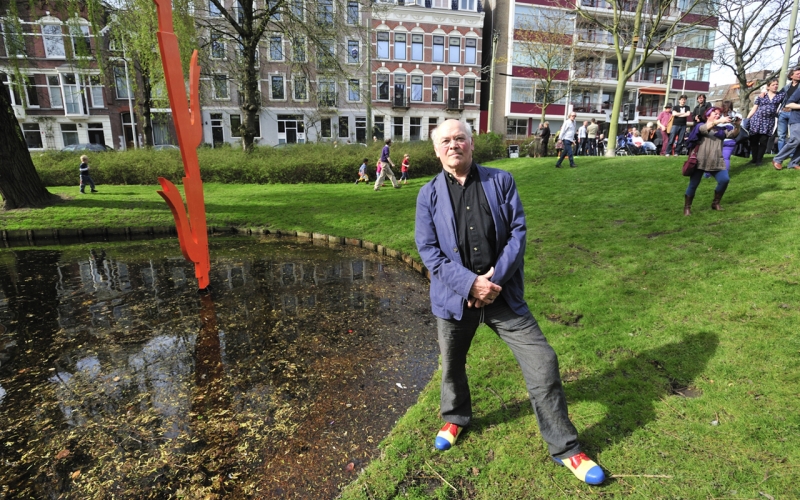 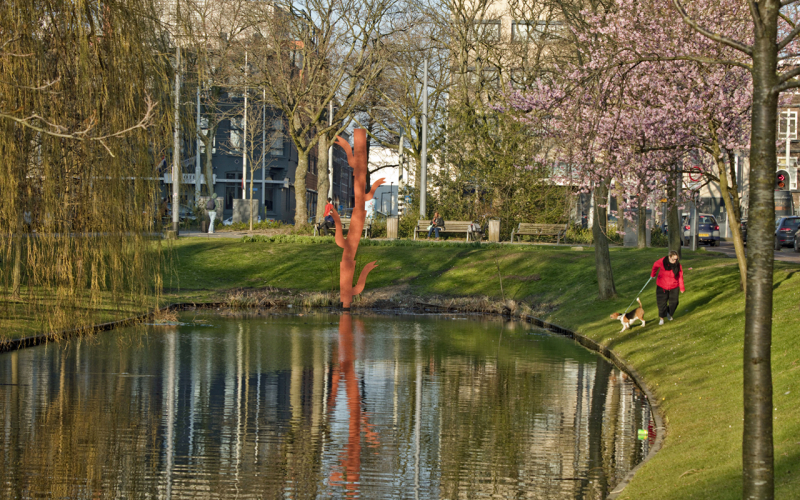 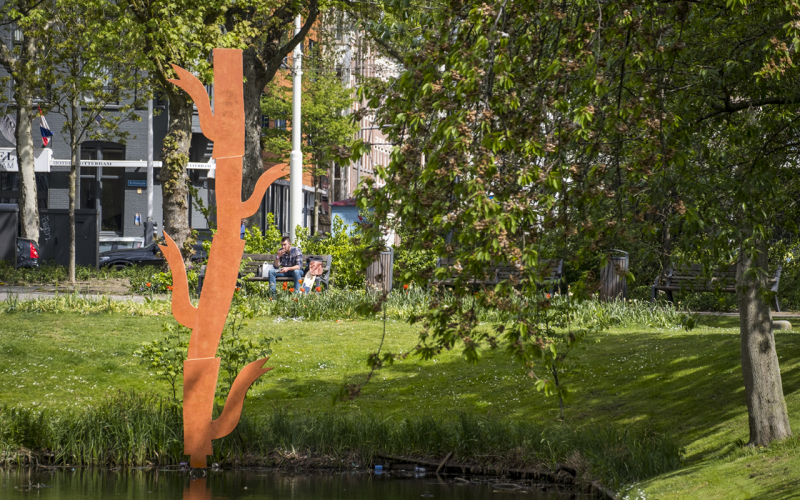 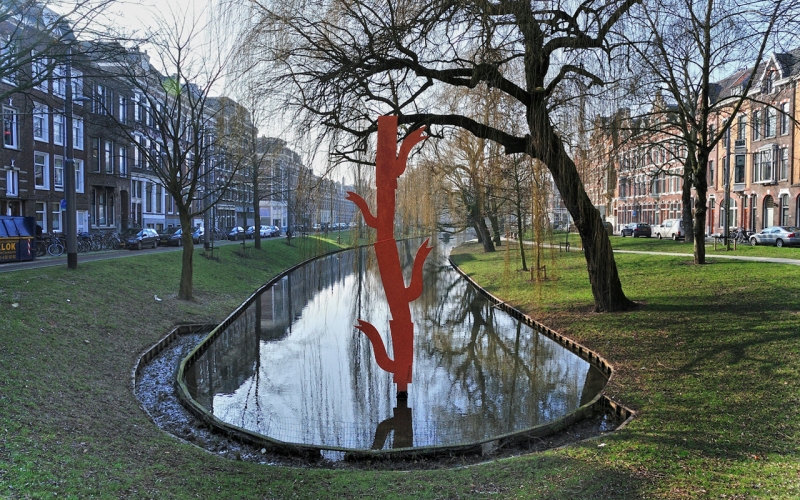 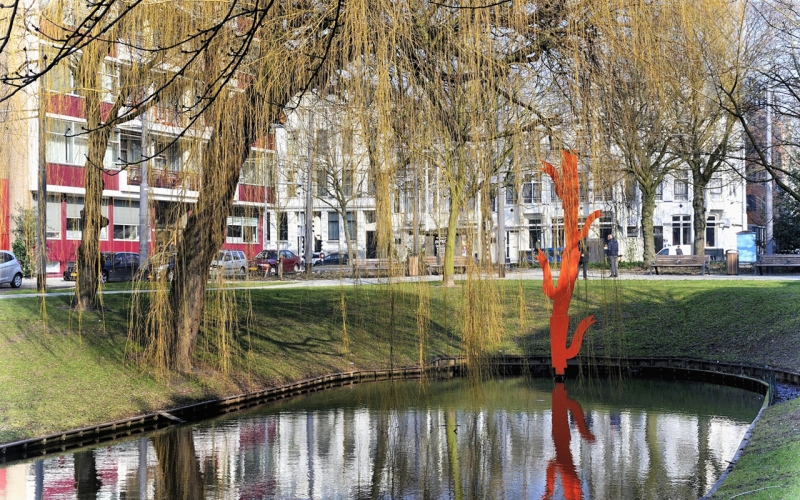 The image has been on Provenierssingel since April 2011 A swan in the distance. This work of art was created by visual artist Klaas Gubbels at the request of local residents and is part of it Single plan. The municipality of Rotterdam has set aside a number of years to renovate the romantic canals of Rotterdam. The CBK Rotterdam developed a so-called for this with Han Goan Lim and Albert Kliest Single plan, whereby works of art were created that match the character of the various singles. The central motif in Klaas Gubbels' work is the coffee pot. With minimal intervention he thus evokes a different image each time. He works with simple shapes in clean lines and striking colors. He is no stranger to humor: he baptized three stacked bright orange coffee pots A swan in the distance. In Gubbels' eyes, the bright orange image harmonizes perfectly with the dark of the water and the green of the trees. When completed, he was delighted that a moorhen was settling just behind the statue and that a branch of a weeping willow had fluttered over the statue after a gust of wind. Ahmed Harika (the then Art and Culture portfolio holder of the Noord borough) unveiled the artwork. He spoke proudly that the borough once again has a high-quality work of art richer. Gubbels, who mainly paints and works in graphic techniques, has never before created an image for the public space of Rotterdam. At the unveiling, he also said that he was proud to be able to make a sculpture at this historical place for him. He grew up in this neighborhood when Rotterdam was still under reconstruction. At the request of Gubbels, who lives in Arnhem, Gerard Cox performed at the unveiling, because as a child they still played football together. Cox sang a number of schlagers, such as 'Deep in my heart I can't be mad at you' by Japie Valkhoff. This sculpture by Gubbels is the first in a series of art projects intended for the Spoor- en Provenierssingel. The artworks In the city / The young man on the island from Henk Visch and Kryptonian Ice Lake van Onno Poiesz and Guido Marsille on the Spoorsingel are also part of it Single plan.

Klaas Gubbels (Rotterdam, 1934) took various courses in the 50s, including the Technical School in Rotterdam and the Academy of Visual Arts in Rotterdam and Arnhem. The artist is best known for his still lifes of tables, chairs and coffee pots, using clean lines and striking colors. In the 70s Gubbels was affiliated with the Willem de Kooning Academy in Rotterdam, where he collaborated with other painters and graphic artists, such as Hannes Postma and the sculptor Kees Frans.