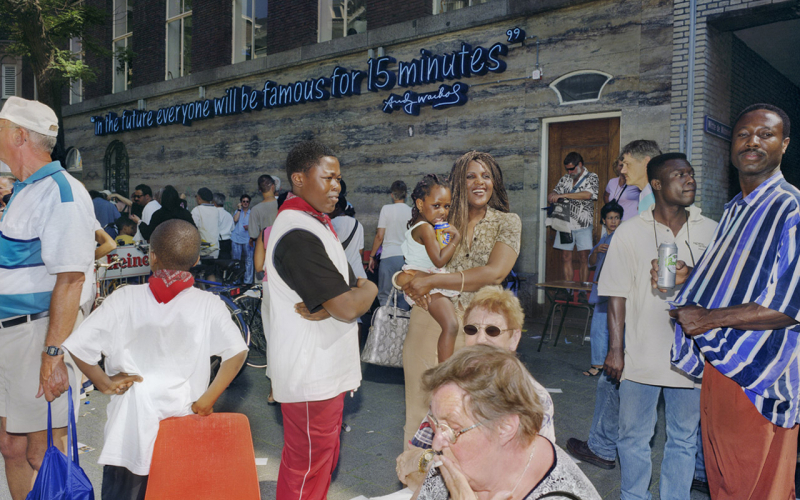 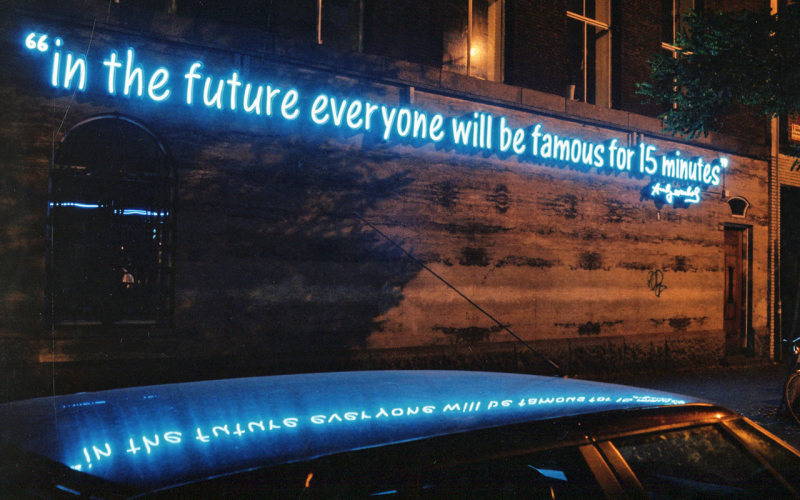 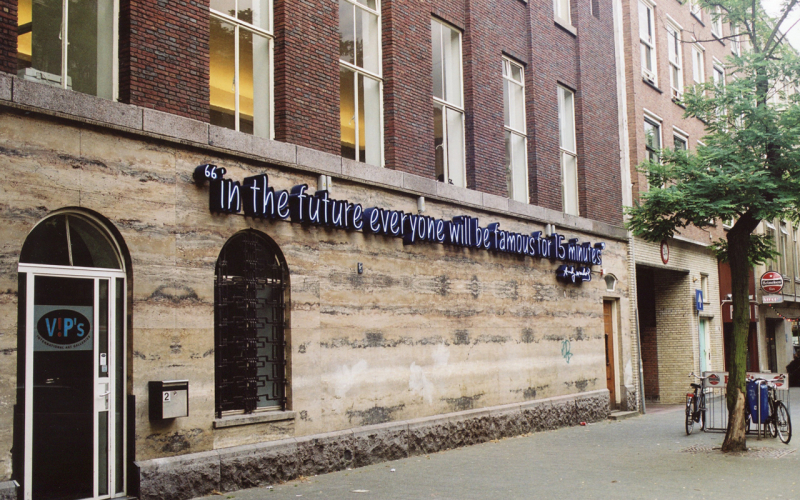 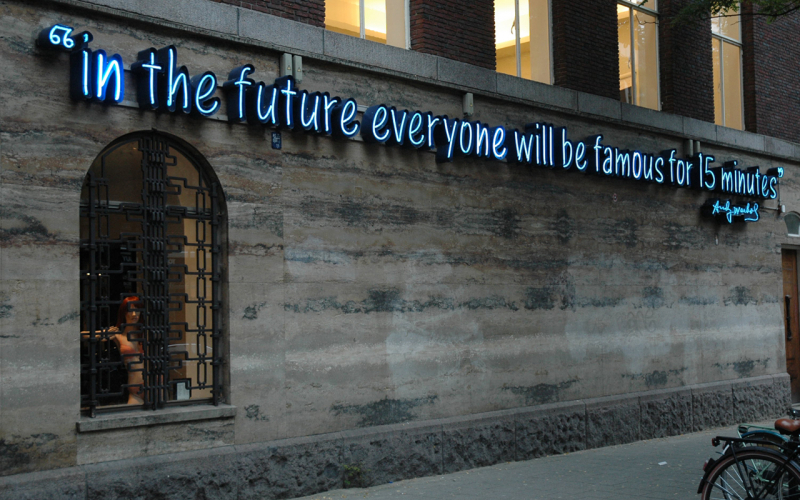 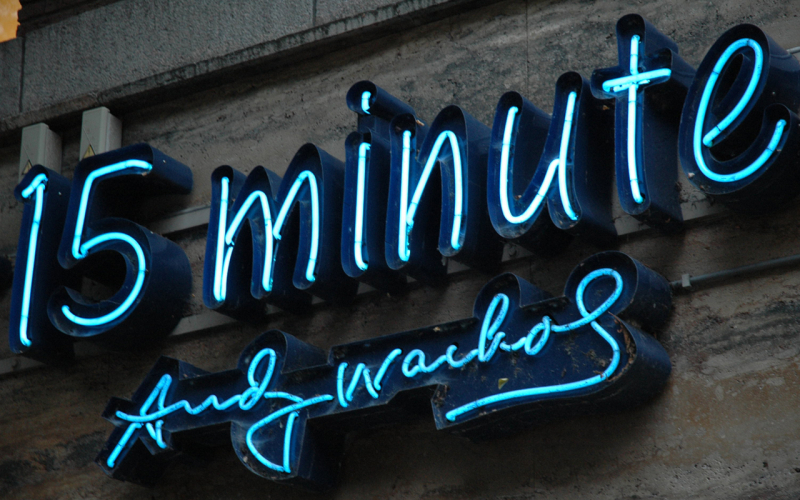 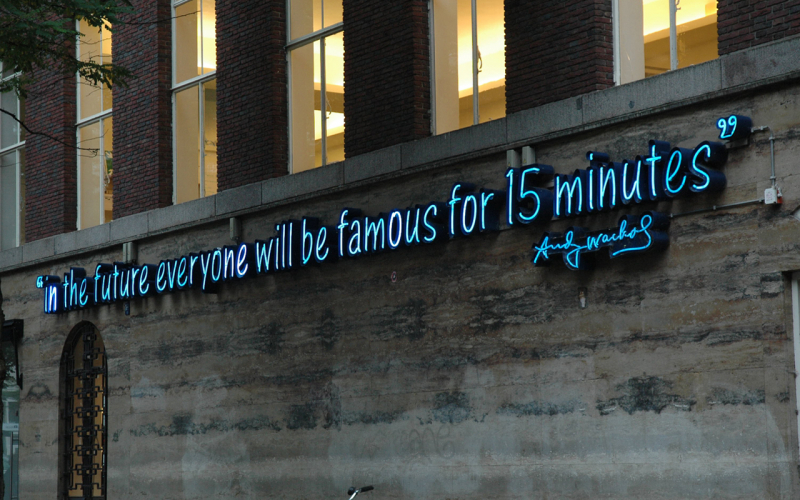 On April 15, 2000, gallery V!P's opened its doors at number 2, Witte de Withstraat, with an exhibition of original works and serigraphs by the American artist Andy Warhol. In favor of the opening, V!P's also published a book: Andy Warhol, Quote-Unquote. A self-portrait in quotations (2000) in a limited edition of 1000 copies. To celebrate and reinforce the opening, a well-known quote by Warhol was converted by gallery V!P's into a neon line of poetry and placed on the facade. Since then, one of Warhol's most famous quotes can be read in neon blue letters: In the future everybody will be famous for 15 minutes. The performance was done by Neon Time.

The initiator for placing this line of poetry is Peter de Raaf, owner of gallery V!P's. The gallery started in 2000 on the Witte de Withstraat and later moved to the Westelijk Handelsterrein. The gallery closed its doors in 2013. The well-known text is by artist Andy Warhol (Pittsburgh, 1928 – New York, 1987). The work was created by Neon Time.