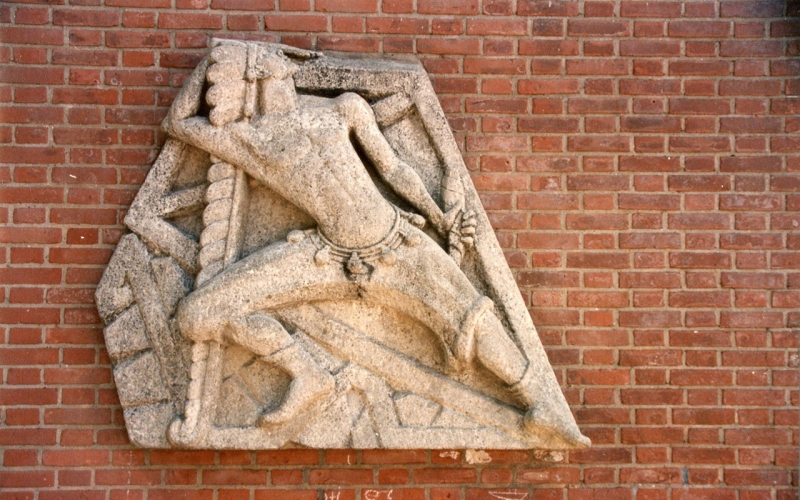 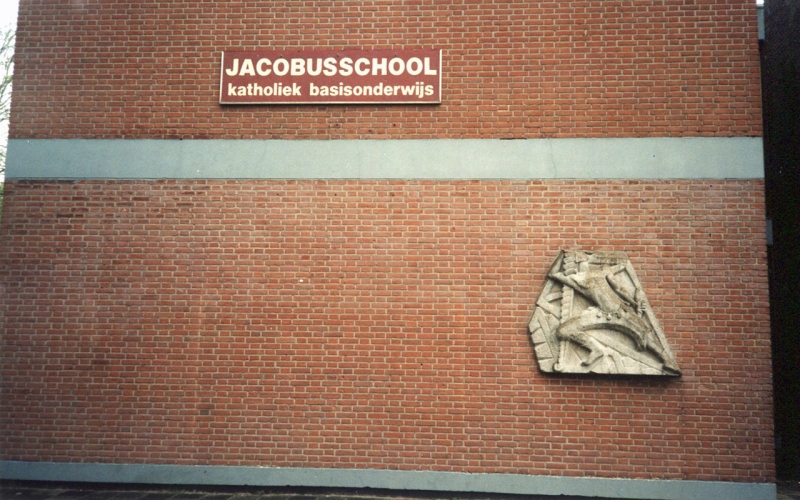 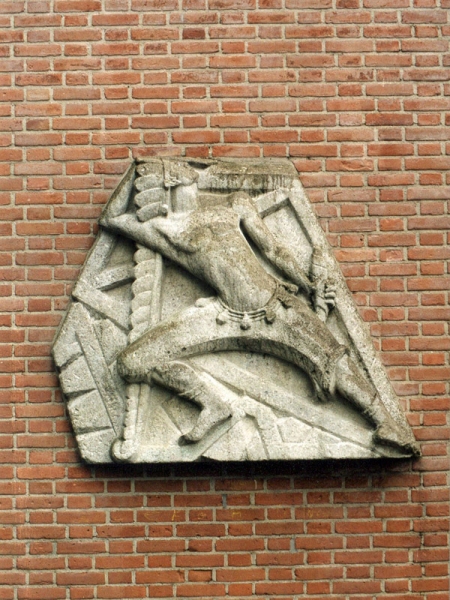 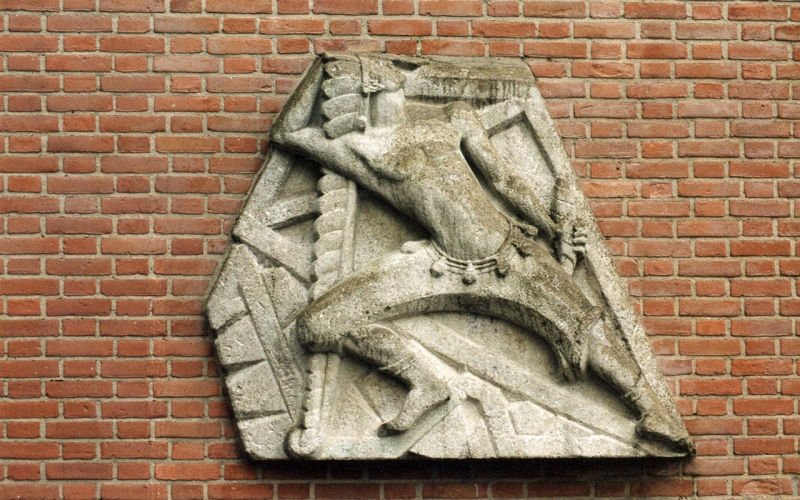 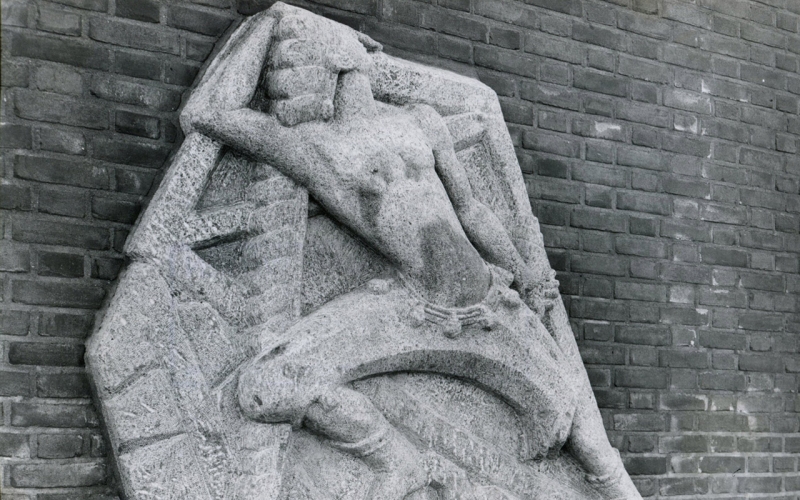 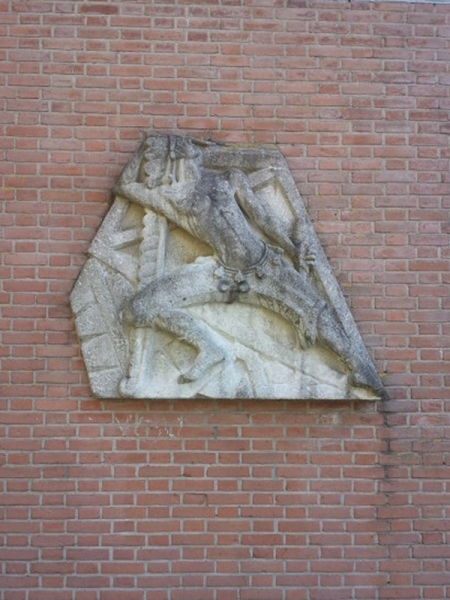 This building on Posweg 3 used to house 'Het Meeuwennest' primary school, which probably later became the 'Jacobusschool'. That school has now also left this building, but on one of the end walls this facing brick is of one Indian with kite stayed behind. The facade relief is made of limestone and is approximately 150 x 150 cm. It is asymmetrical on the wall, slightly higher than at eye level. The Indian has a dynamic posture, stands with his legs wide and lifts his head backwards, so that he looks upwards. In his left hand he holds a tangle of rope with which he kites. The kite shape does not float above the Indian, but it is behind him, like a frame. The facing brick was made by sculptor Loeki Metz, who left much work in different styles and periods in the public space of Rotterdam. The facing brick Indian with kite is made in the percentage scheme. The artist was commissioned with the construction of the school building. Due to the demolition of the school, the artwork will be placed in the depot in 2021.