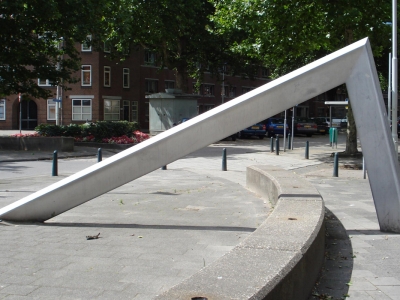 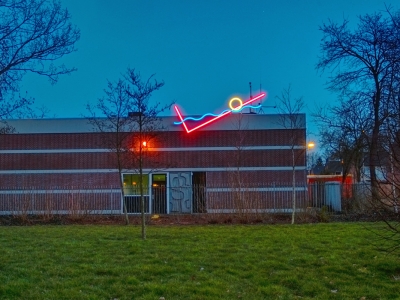 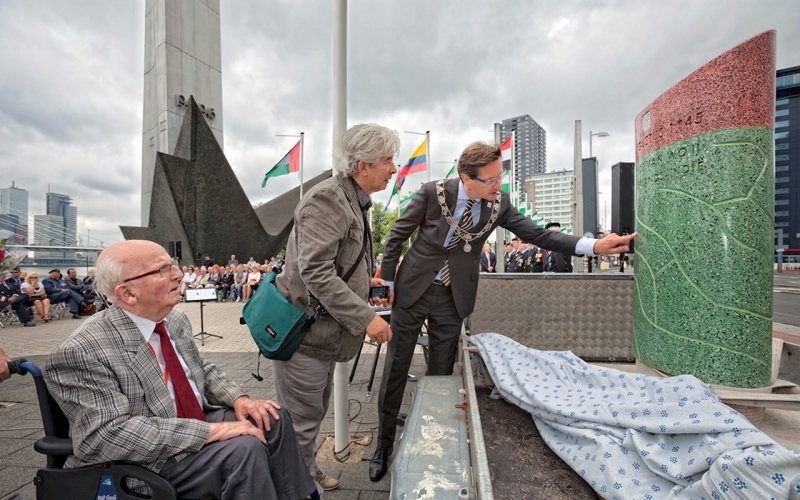 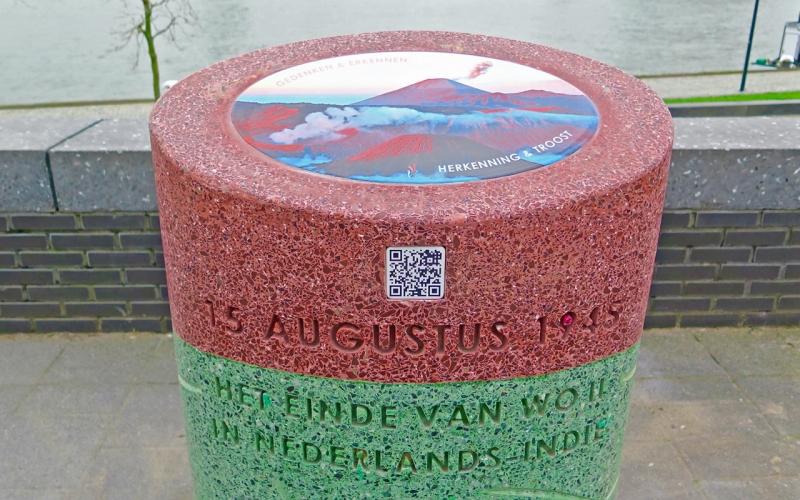 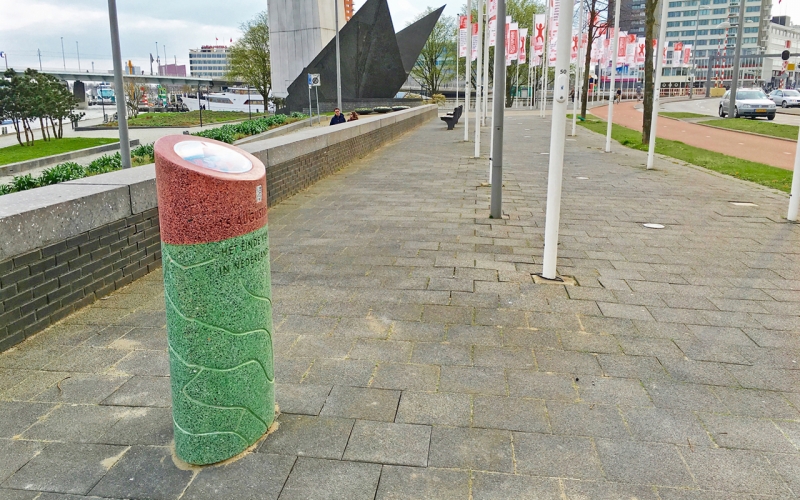 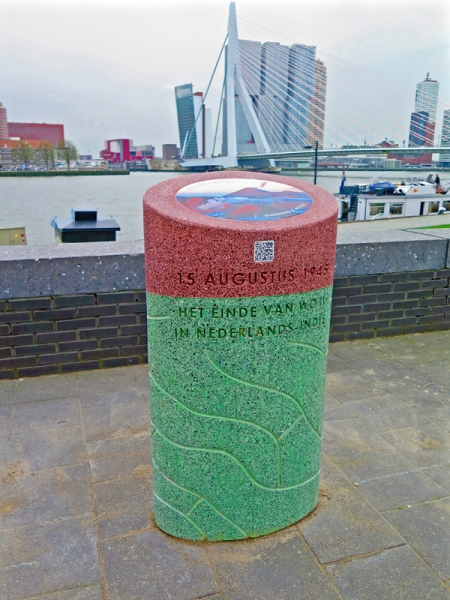 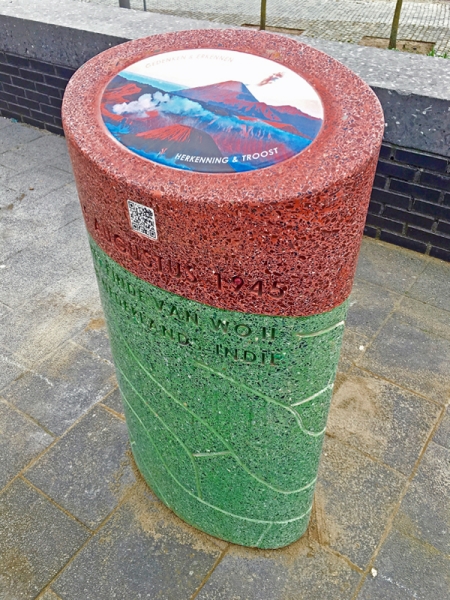 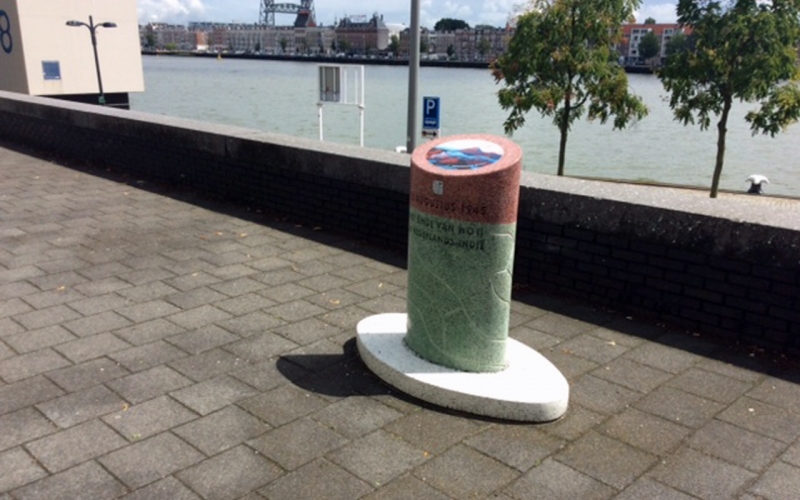 Although the Second World War in the Netherlands ended on May 5, 1945, this war for the (Indo) Dutch in the Dutch East Indies did not end until August 15, 1945, when Japan capitulated. In 2010 Mieke Huijsman-Engelberts (born in Soerabaja) took the initiative to organize a commemoration in Rotterdam. On August 15, 2010, the first commemoration took place at the Flag Parade on the Boompjes. In 2013, the Stichting Commemoration 15 August Rotterdam Region was established to continue the mission of Mrs. Huijsman-Engelberts. The Rotterdam artist Han Goan Lim is approached by the foundation to create a memorial monument; he lived in Indonesia as a child. It India street jewelry is a small, colorful and understated monument made of red and green terrazzo. On top is an oval photo emblem of enamel with the words 'Remember & Recognize' and 'Recognition & Consolation'. The monument is provided with a QR code, which refers to the website of the foundation. On 15 August 2015, 70 year after the capitulation, it became India street jewelry unveiled by deputy mayor Eerdmans, albeit at a temporary location. On April 5, 2016, the monument was given its final place on the Boompjes under the flags. The monument was financed by means of an investment contribution from CBK Rotterdam, fundraising, sponsoring and crowdfunding.

The Rotterdam artist Han Goan Lim (1950) studied at the Willem de Kooning Academy. He started out as a sculptor and made various light artworks. He always works in relation to the environment and is also an advisor in the field of art commissions in the public space for various municipalities. An avid networker, he lobbies in Rotterdam for his Artpark initiative, a hub for artists, architects and designers on the periphery of the city. Several works by Goan Lim can be found in the public space of Rotterdam. His work is also included in the collection of Museum Boijmans Van Beuningen.